If you remember the gut-wrenching knockout landed by Michael “Venom” Page over Evangelista “Cyborg” Santos last year, and the nasty forehead injury that came as a result, this eerily similar deformation of the skull may make you loose your lunch.

We do not know much about the fighter but we do know that “Jeremy” has undergone surgery to repair a skull fracture that came as a result of an elbow Monday night at Patong Stadium in Phuket, Thailand.

Training partner Jonny Betts has been providing the updates.

Betts told SPORTbible that the fight was eventually stopped by the referee:

“It happened in a professional Muay Thai fight at a local stadium. His Thai opponent landed a big elbow strike that caused the injury.

“He was fine though. He wasn’t wobbled and kept fighting, but the referee stopped the fight to get a doctor to look at the injury and the doctor obviously stopped it right away.”

The first time most mixed martial arts fans saw a similar skull injury was at Bellator 158 in July 2016 when Page landed a flying knee on Cyborg.

Below is a photo gallery of the injury sustained by Santos. 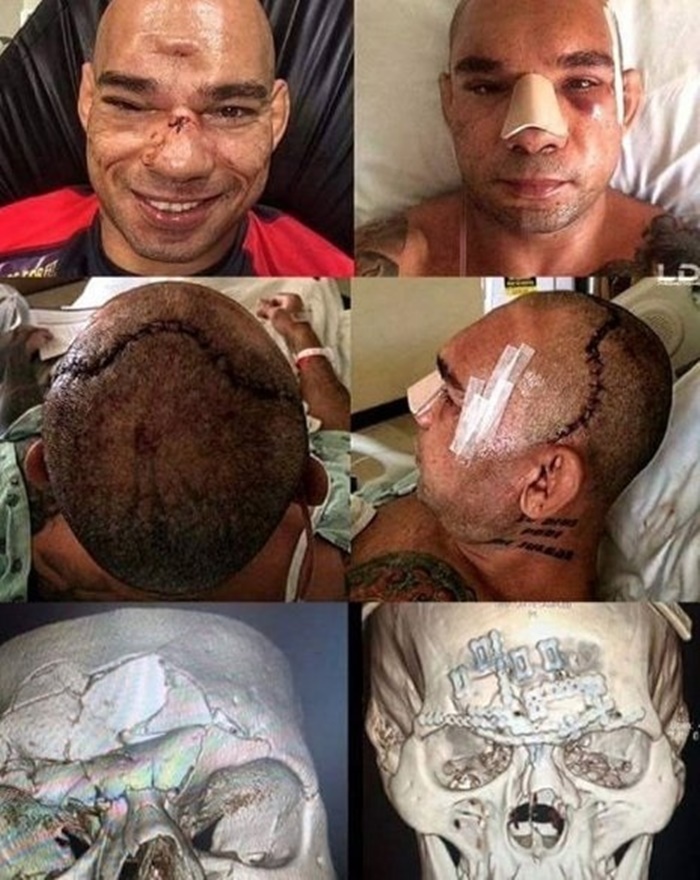