A featherweight fight between Nathan Kelly (3-2) and Scott Pedersen (1-2) has been added to Bellator 275, which is scheduled to take place on Friday, February 25, 2022 in Dublin’s 3Arena. Multiple sources confirmed the matchup to MyMMANews.com.

Training out of SBG Ireland, Nathan Kelly is riding a three-fight win streak as he looks to make his promotional debut in Bellator. The 24-year-old BJJ black belt began his pro carrer in underwhelming fashion, losing his first two fights. Kelly rebounded from those losses with a first-round submission of Mark Andrew back in 2018. After a three-year hiatus from competition, during which Kelly dealt with some mental health struggles, the Finglas native returned to action in August in emphatic fashion. Kelly scored a 9-second KO over Rogger Lopez (0-1), before finishing an undefeated Shem Rock (6-0) in the first round to claim the Clan Wars featherweight title.

Scott Pedersen trains out of Shore Mixed Martial Arts in Wales alongside undefeated UFC bantamweight Jack Shore and under the tutelage of Richard “Shaky” Shore. Similar to Kelly, Pedersen’s pro career hasn’t got off to an ideal start. Since exiting the amateur ranks this year, Pedersen has been active in competition, fighting three times in 2021. However, it’s been a mixed bag as he ends the year 1-2. After losing a decision to fellow pro debutant Matthew Elliott (0-0) at Cage Warriors 120, Pedersen rebounded with a 1st-round submission over Marcus Lewis (0-0) three months later. The Welshman will be hoping to rebound into the win column once again after succumbing via submission to Nik Bagley (1-0) at CW131 this month. After three fights on the trot in Cage Warriors, “Denkharft” will make his first walk to the Bellator cage when he takes on Ireland’s Kelly.

The main event of Bellator 275 will feature a middleweight title fight between champion Gegard Mousasi (48-7-2) and undefeated challenger Austin Vanderford (11-0). Peter Queally (13-6-1) is set to face Kane Mousah (13-4) on the main card, with another high-profile fight between Leah McCourt (6-1) and Sinéad Kavanagh (7-5) reportedly being targeted for the card also. 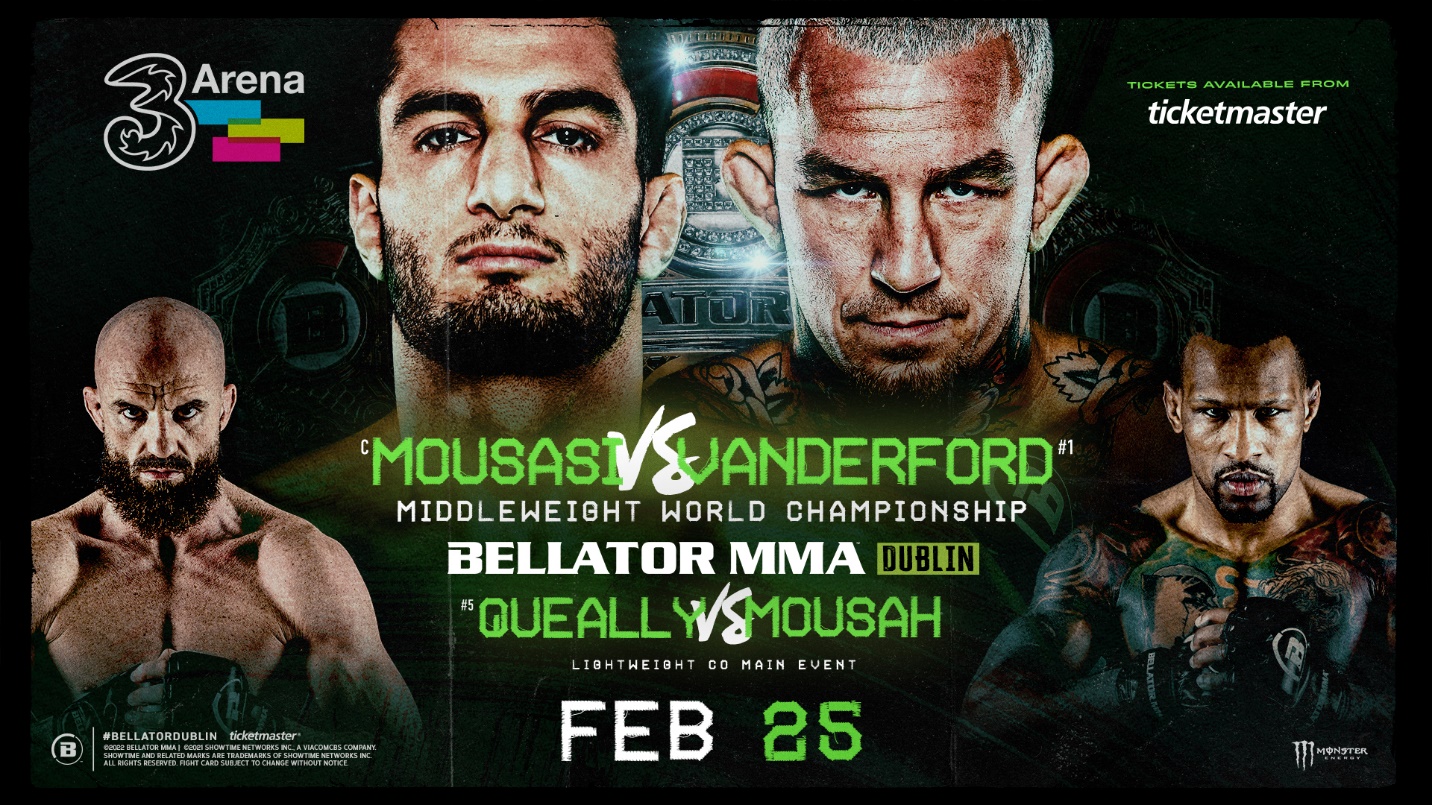