Sapphire 39, located at 20 W 39th St. between 5th and 6th Avenue in New York, New York will host the event slated for guests 21-years of age or older.

The All New Friday Night Idol at Sapphire 39! Weekly Super Star Appearances, Only Fans Sensations and Social Media Stars will be hosting at Sapphire 39! Sexy Sapphire Contests and the opportunity to hang with the biggest names in the Adult Industry. Get ready because this Friday Night Party is no ordinary event! You can book your favorite Idols for a special personal dinner package!

Paige VanZant:Paige is an American mixed martial artist, bare knuckle boxer, professional wrestler, author, and model. She is currently signed to All Elite Wrestling, as a wrestler, and to Bare Knuckle Fighting Championship, as a boxer. She has modeled for Nike, Reebok and Columbia Sportswear. A trained dancer, she has appeared on the celebrity dance reality show ‘Dancing with the Stars’, finishing in the second place. She won the celebrity cooking competition ‘Chopped’, competing against many other sport stars.

“12 Gauge” VanZant, wife to MMA fighter Austin Vanderford, left the UFC in 2020 and then fought bare knuckle twice for Bare Knuckle FC.  She is currently signed to AEW with a pro wrestling contract. 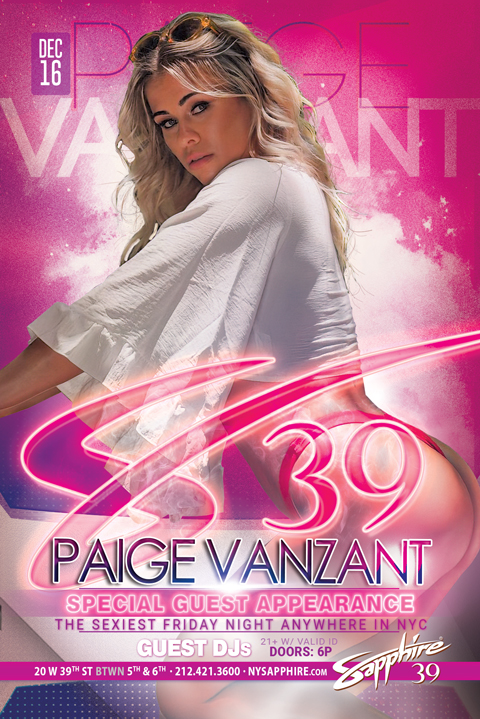