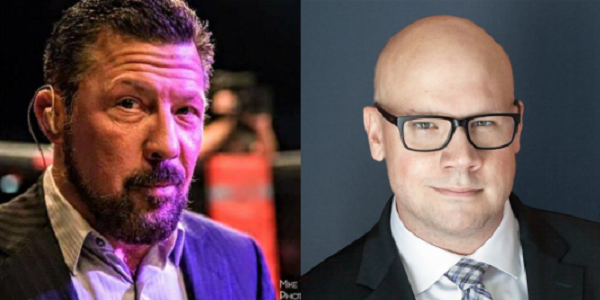 The show will pit fighters from Team New Jersey, which is led by head coach Dan Miller of the Miller Brothers, against Team Pennsylvania and their head coach, Daniel Gracie of the renowned Gracie family.

MMA Pro League CEO Hani Darwish said, “I can’t think of a better way to kick off MMA Pro League’s new era and team concept than with a team of broadcast professionals like Pat Miletich, T.J. De Santis and Jazz Securo. MMA Pro League viewers on FloCombat are in for a real treat.”

“I am thrilled with the depth and breadth of experience and the great passion which Pat Miletich, T.J. De Santis and Jazz Securo will bring to MMA Pro League’s inaugural telecast on September 15 from the Hard Rock Hotel & Casino Atlantic City,” said MMA Pro League president Mark Taffet. “Our viewers will be informed, engaged and entertained at the highest level by this great group of broadcasters.”

Tickets for the inaugural installment of “MMA Pro League At The Hard Rock” are available at Ticketmaster.com.

An Iowa-native trained in disciplines ranging from Muay-Thai and boxing, to wrestling and Brazilian jiu-jitsu, Miletich broke through on the big stage by becoming the first UFC welterweight champion back in 1999. After his storied MMA career that saw him inducted into the UFC Hall of Fame in 2014, Miletich opened an MMA academy that would produce 11 MMA world champions. In 2009, he began his broadcasting career providing color commentary for Strikeforce throughout its run on SHOWTIME. He has also done commentary for fights on AXS TV and ESPN’s MMA Live.

“I am excited that MMA Pro League is celebrating team MMA,” said Miletich. “The team aspect is far more exciting, and the strategy of coaching a group of fighters to face another team will bring out the best in the athletes. I’m honored to be calling the inaugural MMA Pro League event at the Hard Rock Hotel & Casino Atlantic City on September 15.”

A broadcast veteran of over two decades, De Santis broke into the businessas a junior in high school when he earned a spot on the KXXR-FM station lineup in Minneapolis. He has provided play-by-play for numerous organizations, including Invicta Fighting Championships, The Eddie Bravo Invitational and Roy Jones Jr.’s Island Fights. De Santis currently works with the likes of Tyron Woodley and Bruce Buffer on a litany of MMA podcasts and has produced shows for ESPN.com, SI.com, Ring Magazine and FOX Sports throughout his career.

“I’m thrilled to bring my extensive MMA broadcasting experience to MMA Pro League and their team concept,” said De Santis. “It will be an honor to be joined cageside by Hall of Famer Pat Miletich to call the action live on September 15 from the new Hard Rock Hotel & Casino Atlantic City. I can’t wait for this new era in MMA to begin!”

After more than 20 years of announcing, Securo has introduced countless fighters, recording artists, athletes and teams at prominent venues around the world. He has announced events on PPV, cable and satellite TV on NBC, NBC Sports Network, AXS TV and FOX Sports, in addition to being featured in the Oscar Nominated film “Foxcatcher”. The New Orleans-native has been awarded “Best Ring Announcer” at the 2013 Florida MMA Awards and was nominated for “Ring Announcer of the Year” at the 2016 Bluegrass MMA Awards.

“I’m very excited to be a part of the inaugural MMA Pro League event in Atlantic City on September 15th,” said Securo. “I’m honored to work with legendary combat sports executives Mark Taffet and Hani Darwish, and I look forward to contributing to their innovative vision of a new era of MMA. It’s about to go down!”