Have the best poop of your life with Squatty Potty; healthy colon : happy life

If you are like me, you may find that a good portion of your day is spent in the John.  Whether your visit to the porcelain throne is to simply get away from the office or you have a real bowel movement issue, a simple invention known as the Squatty Potty can help make restroom visit more enjoyable.

So why is this article on a mixed martial arts news site?

Squatty Potty may seem like an ordinary step stool but when placed beneath your feet, the arch it creates, raising your knees high above your waist, can actually improve your health.  And we want happy, healthy readers.

Squatty Potty was founded by Bobby Edwards and his mother Judy Edwards in 2011. The concept for the product was conceived after a doctor suggested to Judy, a long-time sufferer of constipation, that squatting could improve her situation by helping to relax the colon. She found success with the squatting position, raising her feet on a bulky step stool while on the toilet. Bobby offered to make her a U-shaped stool that would fit around the base of a standard Western toilet when not in use. In July 2011, the mother-son duo designed a prototype, a wooden stool to give to friends as Christmas gifts. Receiving positive reactions, they decided to package and market the item. Debuting in 2012, the Squatty Potty generated approximately $1 million in annual sales in its first year, and $2.7 million in its second year. The company had an estimated $15 million in online and retail sales in 2015.

Radio host Howard Stern is a strong proponent of the product and has discussed the benefits of Squatty Potty on his radio show. Stern’s co-host Robin Quivers used the product while in recovery from cancer surgery.

Squatty Potty was featured on season 6 of Shark Tank with Bobby and Judy accepting an offer of $350,000 for 10% of the company from “shark” Lori Greiner. According to Greiner, Squatty Potty easily had the biggest sales after the night of airing in Shark Tank history, selling $1 million that first night and $3 million the first three weeks after airing.

A 2015 advertisement created by the Harmon Brothers and featuring a pooping unicorn received 31 million views on Facebook and 5 million views on YouTube within three months of its October 6, 2015 launch. Watch below.

Medical doctors, naturopaths, and assorted holistic health professionals have pointed out the hazards of the modern toilet for years. There is empirical evidence that elevating your feet during elimination is healthier.

The modern day toilet is convenient, but has one major fault; it requires us to sit. While sitting to do our business may be considered “civilized”, studies show the natural squat position improves our ability to eliminate. 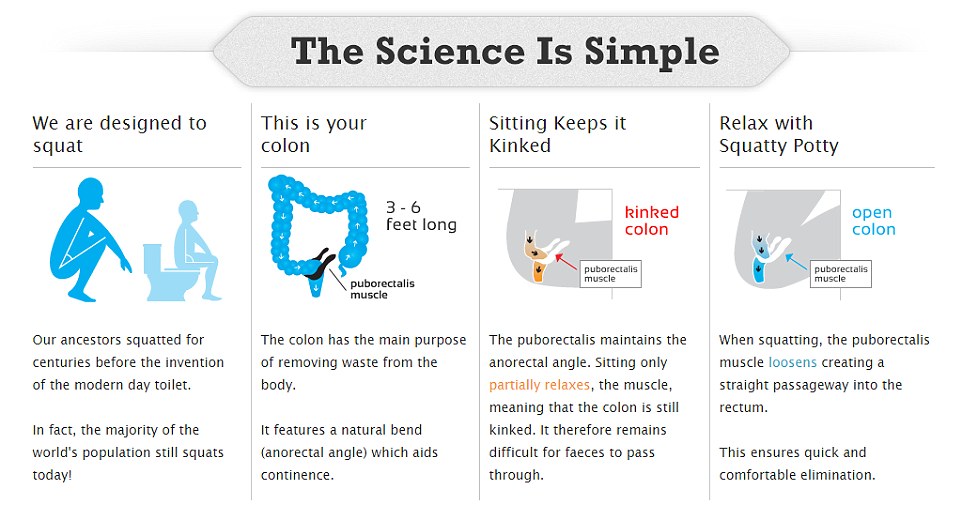 UNDERSTAND THE PROBLEM
Primary (simple) constipation is a consequence of habitual bowel elimination on common toilet seats. A considerable proportion of the population with normal bowel movement frequency has difficulty emptying their bowels, the principal cause of which is the obstructive nature of the recto-anal angle and its association with the sitting posture normally used in defecation.

But don’t take our word for it……. Here’s what others have to say.

“Don’t use the Squatty Potty if you want to do some business before you finish your business.  You’ll be done before your app finishes loading.” – Wayne B

5 PROBLEMS WITH SITTING ON YOUR TOILET 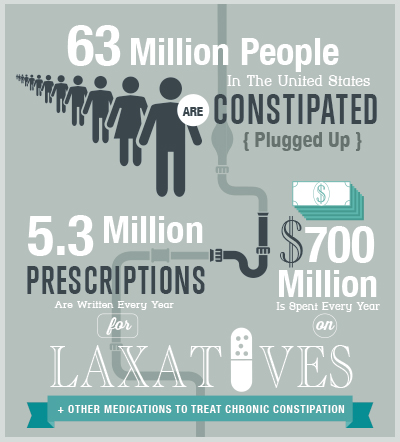 The National Institutes of Health (NIH) defines constipation as having fewer than three bowel movements per seven days. According to the NIH about four million Americans suffer from constipation. Are you one of these people? Do you know someone who is?

One of the biggest obstacles to your success may be not realizing you’re constipated in the first place. The bowel is the body’s main elimination organ, yet among many Americans today, this central elimination system is compromised, as evidenced by high rates of constipation. The National Institutes of Health estimates that 4-10 million Americans have chronic constipation (defined as having a bowel movement less than three times per week), and as many as 63 million people are suffering at any time from occasional constipation.

Hemorrhoids are swollen and inflamed veins in your anus and lower rectum. When we’re standing or sitting, the bend called the anorectal angle, is kinked which puts upward pressure on the rectum and keeps the feces inside. The sitting posture actually keeps us in ‘continence mode’. We thank our lucky stars for this muscle when we don’t want to go but when we need to go, and sit on our toilet to do it – it sure makes elimination difficult and incomplete, creating the need to STRAIN.

By age 50, about half of adults have had to deal with the itching, discomfort and bleeding that can signal the presence of hemorrhoids. The veins around your anus tend to stretch under pressure and may bulge or swell. Swollen veins — hemorrhoids — can develop from an increase in pressure in the lower rectum.

THE GOOD NEWS ABOUT HEMORRHOIDS…

Hemorrhoids can heal without relapse when the squat posture is adopted for bowel movements.

Eliminating completely and often helps maintain good colon health. Many studies point to fecal buildup in the colon as a cause of diseases including colon cancer. And when there is buildup in the colon, our bodies can’t absorb all the nutrients from the food we eat, leaving us without the energy we could enjoy if our colons were healthy.

Urinary flow is usually stronger and easier when women squat to urinate. The bladder is emptied more completely when squatting rather than sitting or “hovering”. Squatting can help reduce episodes of urinary tract infections in both frequency and intensity. Now, that is good news!

A 2008 study by Kaiser Permanente published in Obstetrics & Gynecology found that one-third of women suffer from one or more pelvic floor disorders. In addition, aging, obesity, and childbirth increase the likelihood of experiencing these issues. Although pelvic floor disorders are more common in women, men also suffer from similar symptoms; the National Health and Nutrition Examination Survey reports that nearly one in every five men ages 60 and older experience incontinence.

A network of ligaments, muscles and connective tissues, the pelvic floor acts as a “hammock” to support the pelvic organs, including the bladder and rectum – and in women, the uterus and vagina. Pelvic floor disorders, also called pelvic floor dysfunction, occur in both men and women when muscles and nerves in this area become damaged or weakened, causing the pelvic organs to prolapse (drop), which can lead to symptoms such as constipation and fecal and urinary incontinence.

“Most pelvic floor disorders are tied to the de-evolution of our normal evolutionary biology,” said Dr. Jack Kruse, optimal health coach and Nashville, Tenn.-based neurosurgeon specializing in treating chronic pain, neck pain and back pain. “By correcting our bathroom posture, the Squatty Potty can be a huge help to people suffering from these health problems. Not only is the Squatty Potty aesthetically pleasing, but it also makes a tremendous amount of sense with how we should eliminate.”

Get your Squatty Potty today and join the millions of people around the world who are having an easier time pooping. 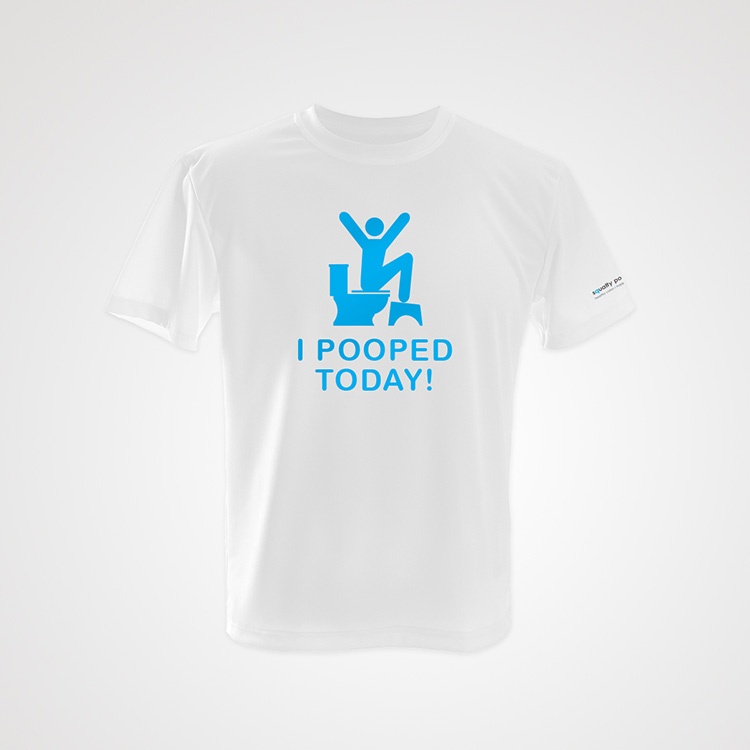