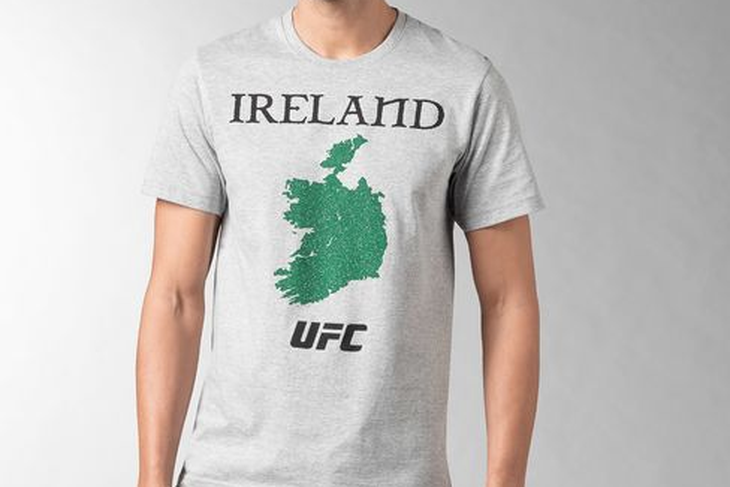 With the UFC headed to Dublin, Ireland this weekend, now is not the best time for their latest partner to upset the Irish.

While the timing was not the best and the insult inadvertent, the damage was still done.  Irish fans took insult to Reebok’s latest t-shirt which shows the northern part of Ireland missing and says “Show Your Territorial Allegiance,” which could be viewed as potentially inflammatory. Northern Ireland is technically part of Northern Ireland, but the idea of dividing the island in such a way was viewed as offensive.

Conor McGregor’s coach John Kavanagh shared his displease with the Reebok promotion just days after announcing he had signed a partnership with them.

Coach Kavanagh @John_Kavanagh
•only seeing this now. its about the dumbest idea i’ve ever seen. working on it.
•An incredibly insensitive stupid divisive idea. Its removed by the end of the day or SBG is gone. I expect a sincere apology to Irish fans.

The UK branch of Reebok issued an apology on social networks and removed the shirt from their website.

Reebok UK @ReebokUK
We sincerely apologise for the offence caused by the UFC Ireland t-shirt. This was a design error and has now been removed.

Kavanagh would get the final word:

Coach Kavanagh ‏@John_Kavanagh
No need for any more papers to call. This is my final comment on the situation. Time to get focused on #UFCDublin 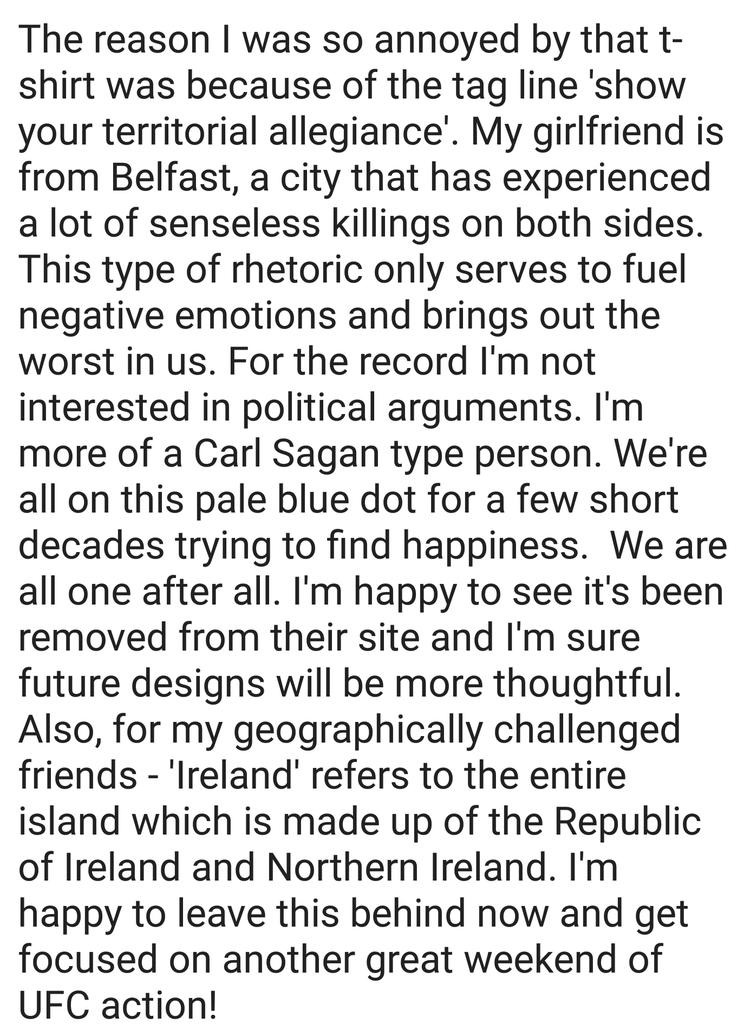