Last week, My MMA News reported on the wrongful arrest of Reza Tabrizi in Iran for questioning the opening of religious shrines in Iran but not gyms.

Today, we’ve gained access to Mr. Tabrizi’s Instagram account seized by the government and found two chilling posts by the Iranian Cyber Police. We’ve had them translated and put both the original posts and their accompanying translations. See the photo evidence below: 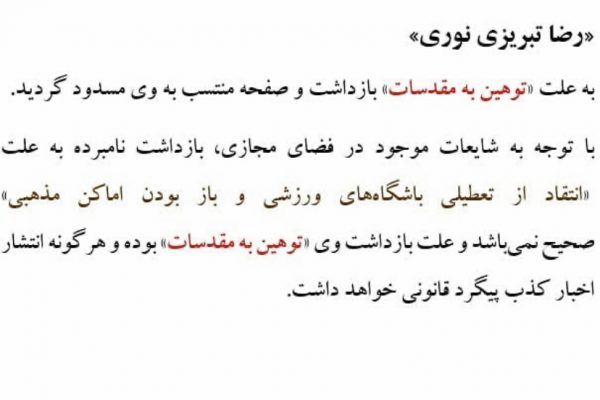 “Reza Tabrizi Nouri” was arrested for insulting “sacred things” and the page attributed to him was blocked. According to the rumors in cyberspace, the arrest is not correct due to criticism of the closure of sports clubs and the openness of religious places, and the reason for his arrest is “insult to the sacred” and any publication of false news will be prosecuted.” 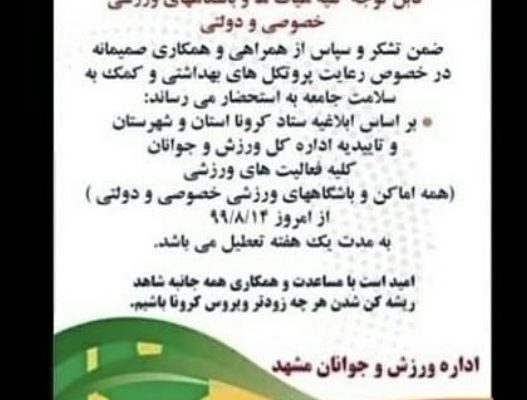 “reza. Corona of the province and city and the approval of the General Directorate of Sports and Youth, all sports activities (all private and public sports places and clubs) will be closed for a week from today, 8/14/19. As soon as possible, we will be Coronary Webb. Mashhad Youth and Sports Department, Deccon and its apparatus open the bastard imams and Muharram circus and close the clubs”

Reza Tabrizi and the Iranian Government

Tabrizi was arrested last week by the Iranian government for speaking out against COVID-19 restrictions on the gym and not religious shrines. Tabrizi was forced out of his wheelchair and struggled to walk to the arresting officer’s car.

Tabrizi is a paralympian who medaled silver in the 2011 New Zealand Paralympic in powerlifting. Read the original report with Reza Tabrizi below:

In addition to Reza Tabrizi, we’ve covered Navid Afkari and his execution as well. Afkari had President Donald Trump plead for his life to the Iranian government as well. Read those below:

Top 7 Benefits of Yoga for Your Health