The mega event goes down this SAT night 1:30am ET/10:30pm PT in a LIVE broadcast from Fukuoka, Japan and is headlined by a bantamweight fight between RIZIN GP 2017 winner Kyoji Horiguchi and UFC-vet Ian McCall. 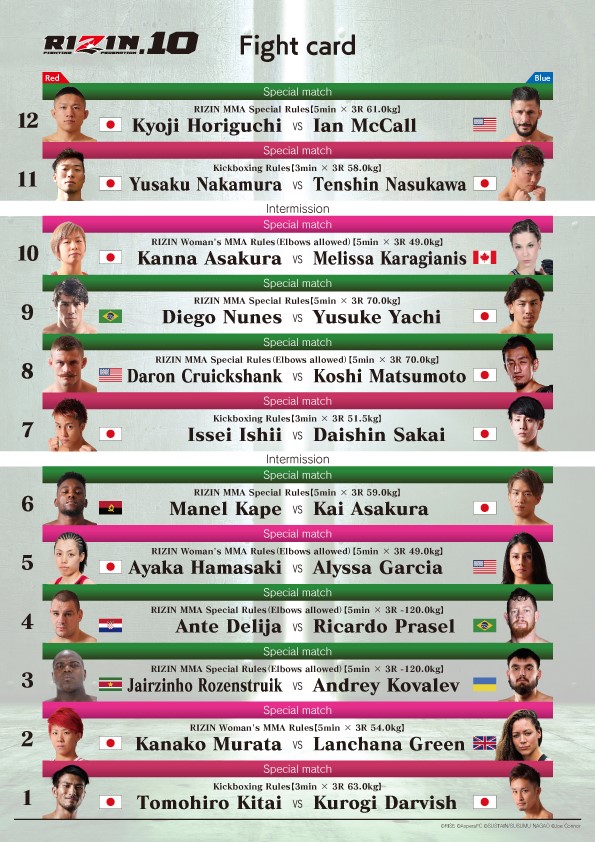 ORDER AND WATCH RIZIN 10 BELOW: