Roxanne Modafferi is getting ready to take on the UFC’s new rising star, Maycee Barber. Modafferi is a veteran to the sport and will be looking for an upset the night of UFC 246. In this interview we talk about that fight, her camp and more.

As mentioned earlier, Modafferi is getting ready to take on the very dangerous Maycee Barber. Barber is 8-0 professionally but has been burning a hole through her UFC competition. But with 39 fights under her belt, Roxanne Modafferi is the most experienced fight for Barber to date. Modafferi is preparing for a stand up battle however. She’s taken special adjustments for her camp this go around.

“My camp has been awesome.  I feel I’ve strengthened my strengths, improved in many areas, and sharpened my tools.  Yes, actually, I’ve been working a lot with Muay Thai specialist AJ Matthews.”

As for her experience, she knows that while she has the edge, Barber is incredibly talented. She says, “I don’t know yet if experience will help me.  Young fighters come out strong, guns blazing.  I’m not underestimating her!”

Barber has come under criticism for her promotion methods, particularly with Paige VanZant. Modafferi is quite the opposite. She’s very respectful and is looking for fun. Modafferi even reached out to Barber to let her know about hotel reservations for the week as a kind gesture.

Modafferi’s respectful approach hasn’t given Barber any room for trash talk. “She hasn’t tried to smack talk me or say anything negative me to.” She continues, “She’s been mainly focusing on promoting herself, rather than take digs at me.  We respect each other as fighters and athletes.  I like her as a person and her work ethic.”

Conor McGregor and Cowboy Cerrone square off on the same card as the main event for UFC 246. It’s a fight that has been brewing for a while and now it’s coming to fruition. Don’t expect any McGregor support from Modafferi. She is not a fan of McGregor’s outside the cage antics and Cowboy is a friend as well.

“I’m not sure [how the fight plays out], but I’m not impressed with Conor’s personal conduct.  Cowboy is a friend of Syndicate’s (Syndicate MMA – Gym wher Modaferri trains), so I’ll be rooting for Cowboy.”

I had to ask Modafferi this next question as well (for research purposes):

Question: “Do you think Marlon Moraes looks like One Punch Man?” 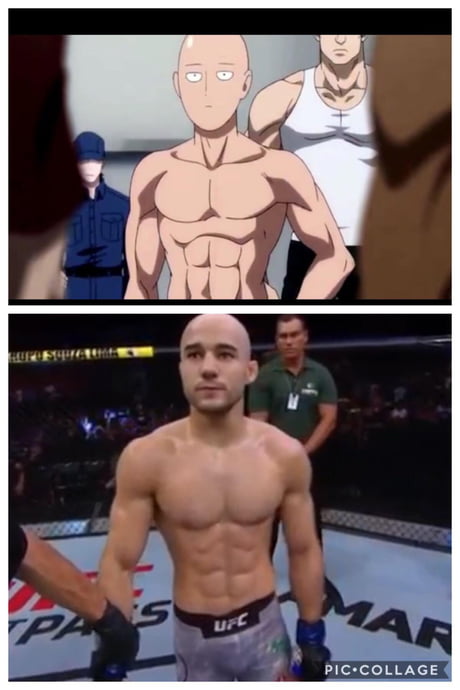