A flyweight fight between Ireland’s Ryan “Chaos” Curtis (5-2) and England’s Tom “Boom” Creasey (3-1) is set to take place on Sunday 20th February at ECMMA 8, multiple sources with knowledge of the matchup have told MyMMANews.com.

Curtis and Creasey were originally scheduled to face each other last August at Clan Wars 41 in Belfast, but the bout fell through. Coincidentally, the fight will mark a return to MMA action for both Curtis and Creasey, with each man breaking a 26-month spell of inactivity having last fought in November 2019. 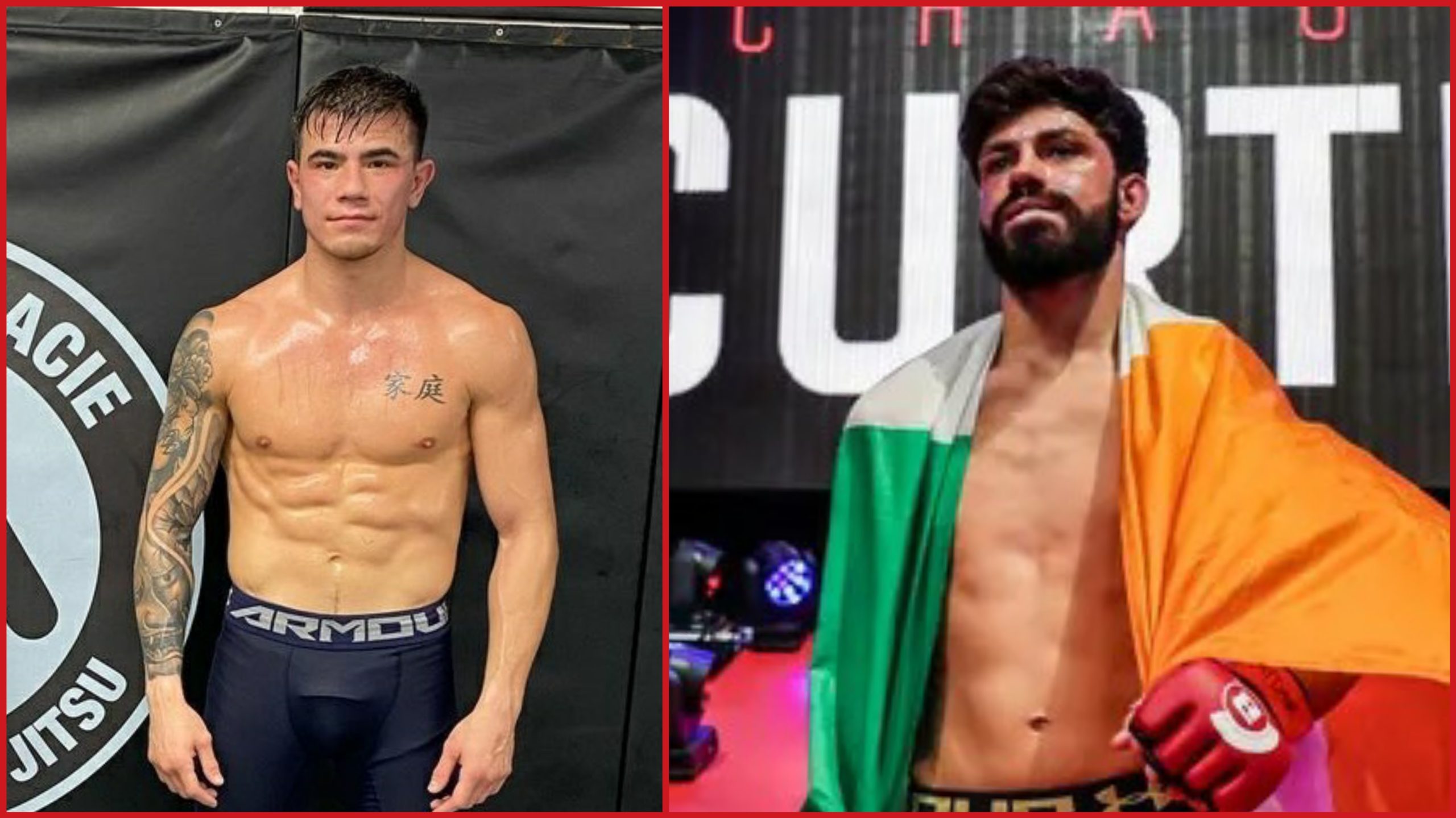 After making his professional debut in 2015, Curtis was earmarked as one of the promising young prospects in Irish MMA. The SBG Charlestown flyweight put together a four-fight win streak across 2015 and 2016, before dropping a decision to Daniel Barez at BAMMA 30, when the UK promotion was in its pomp. Curtis’ most notable performance came against Luis Gonzalez at Bellator 217 in February 2019, where he knocked Luis Gonzales out in round 1 with a devastating knee. “Chaos” went on to sign a multi-fight deal with Brave CF, but he fought just once for the promotion, losing via 1st-round submission to future UFC fighter Amir Albazi (now 14-1). Curtis will finally get his opportunity to return to winning ways after countless cancelled bouts in the last 2 years.

Tom Creasey fights out of Blood, Sweat and Tears MMA Academy, and is the younger brother of Cage Warriors flyweight champion Sam “Urai” Creasey. Though he hasn’t fought in over 2 years, “Boom” is riding a two-fight win streak, finishing Arnaud Dos Santos in the first round of their 2018 fight on Rise of Champions 6, before beating Navi Shahi via decision at Battle Arena 58.

ECMMA 8 will take place at Lordswood Leisure Centre, and the card will be available to watch live on PPV.