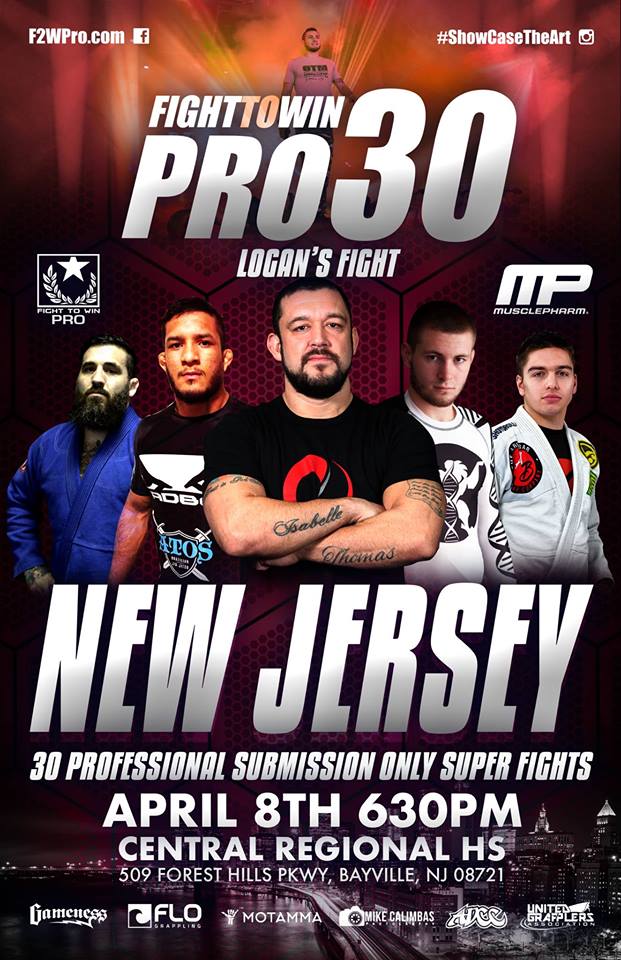 DeBlass, a former competitor in the UFC and Bellator MMA is the owner of Ocean County Brazilian Jiu-Jitsu in New Jersey.

One of the BJJ black belt’s young students, Logan, is going through the toughest battle he will ever face. That’s when DeBlass sprung into action and decided to make the ‘Fight to Win’ tournament a fundraiser to help out the young man and his family.

“Logan is my student, just diagnosed with Leukemia.  I started a Go-Fund Me for him and I wanted this event to bring awareness to Logan and his fight.  He’s a 17 year old boy.  He’s a great young man and he has cancer and it’s not going to be an easy road for him, but hopefully we can raise more money and help make things as easy as possible in this difficult situation.”

BJJ Is For Everyone

“I would tell the parent that Jiu-Jitsu truly is for everyone. It really,really helps shy and timid children come out of their shell.  It’s one of the best sports and activities and martial arts we can get your child involved in and it’s very realistic. It helps them in every aspect of their life, in coordination, to confidence, to real life self defense. I would always recommend Jiu-Jitsu.”

That was Professor DeBlass’s response when I asked him what he would tell an exasperated parent whose child who has been bullied  and was interested in his Jiu-Jitsu program at his Ocean County Brazilian Jiu-Jitsu academy.  You can just sense the love that Tom has for his craft.  He has reached world renowned status as both a competitor and a instructor of the art of BJJ.  The former UFC fighter has traveled across the globe to practice the art he holds dear to his heart.

You’ve reached world renowned status as a competitor and teacher. Who would you say has helped to mentor you not just in the cage or on the mat but in real life? Who is it that you look up to?

“I truly of course looked up to my own instructor. I learned a lot from Ricardo (Almeida). I’m a big Jesus fan.  My mother has helped me with so much.  I just truly do my best to help people in every aspect of their lives, as much as I can, cause I’ve been through so much in my life, and I’ve overcome it.  I want people to be able to do the same, and I think God gave me the platform to really express my feelings and I try to  do it in the most positive way possible.  It’s not always easy but I really, truly, give my best.”

From a personal standpoint I can vouch for this.  My wife, Marlene is a three time cancer survivor and Tom has numerous times told her how inspirational that she is.  You wouldn’t believe the joy in her eyes when Tom shared one of her posts on Facebook and told all of his 36,000+ followers how brave and strong this woman is.  Little things like that mean so much .  He is always willing to give. It’s a beautiful thing that goes a long way because he does this out of sincerity, not to promote himself or his business.

Tickets are available at www.cagetix.com

The card is stacked with tremendous matchups:

By Michael Henken 5 hours ago