Pennsylvania based mixed martial artist Travis Creamer is well-known for his “never quit” attitude and willingness to stand and trade with anyone. Travis has been in the sidelines for sometime due to personal reasons but when he saw the opportunity to throw his bare hands in the Bare Knuckle Fighting Championship (BKFC) tryouts, he knew he couldn’t resist.

After sending in the required paperwork, Creamer got the formal invite to vie for his opportunity to “knuckle up” for the world’s premiere bare knuckle boxing organization. Only time will tell.

Creamer talked about making his dream come true with BKB with MyMMANews’ own, Adam Crist. Tune in below!

For more information about the BKFC tryouts visit bareknuckle.tv.  Tryouts take place this Saturday, March 16 at the 2300 Arena in Philadelphia, Pennsylvania.  Participants will be judged by BKFC President David Feldman, and former UFC stars Anthony ‘Rumble’ Johnson and Chris “Lights Out” Lytle as well as bare knuckle legend Bobby Gunn.

LISTEN TO TRAVIS CREAMER BELOW: 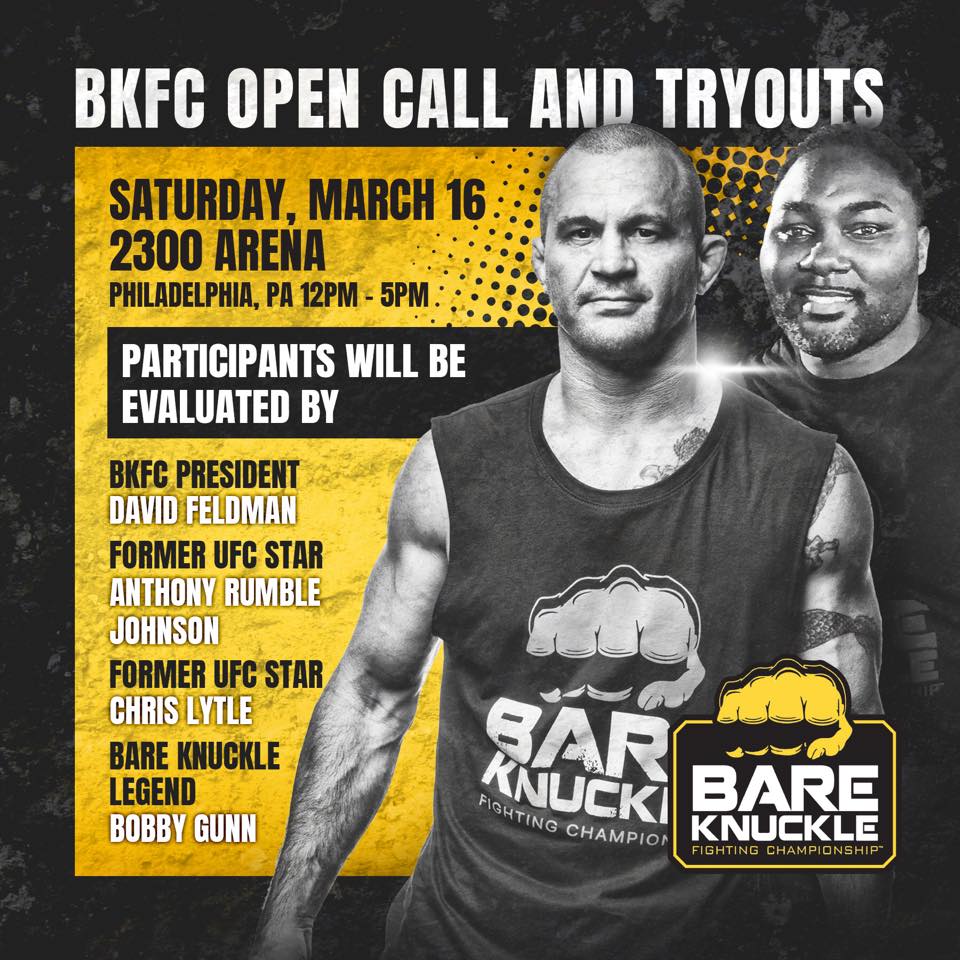