Fresh off of his Art of War 170-lb title victory in November, Trent Stump (5-1) is wasting little time getting 2019 off to a fast start.  On January 26, Trent travels south into Virginia for the debut of Cowboy Fight Series where he will take on an undefeated Andrew Kim (3-0) who has three first round finishes.  Cowboy Fight Series is a new MMA promotion being brought to you by UFC veteran and fighting legend, Donald Cerrone and looks to have a large contingent of talent lined up to display their skills.

Stump fits that bill as he has quickly grown into one of the hottest prospects on the east coast.  Although this is considered an amateur bout, the only thing that is different from a professional fight is there is no paycheck.  Kicks to the head are legal and the rules are pro-style.  I stopped up to Royal Striking and Muay-Thai in South Philadelphia to visit Trent.   (Check out our video interview above).  Trent seemed excited about the opportunity to fight with no restrictions and as always, is looking to put on a show for the fans.

His head coach, Aaron Meisner, whom I call the “Evil Genius”, must be ecstatic with the progression he has seen from the excellent grappler.  Stump has turned his striking into a strength while still having finishing skills on the grounds.  He has faced some very tough competition already and in the near future, I expect him to be getting paid to enter the cage.  Undoubtedly he is well prepared as he works with Meisner, Bill Algeo and Ryan Cafaro along with a strong fight team to get him ready.  Keep an eye out for Trent Stump.  At 22-years old, he will be around the fight scene and doing well for the foreseeable future. 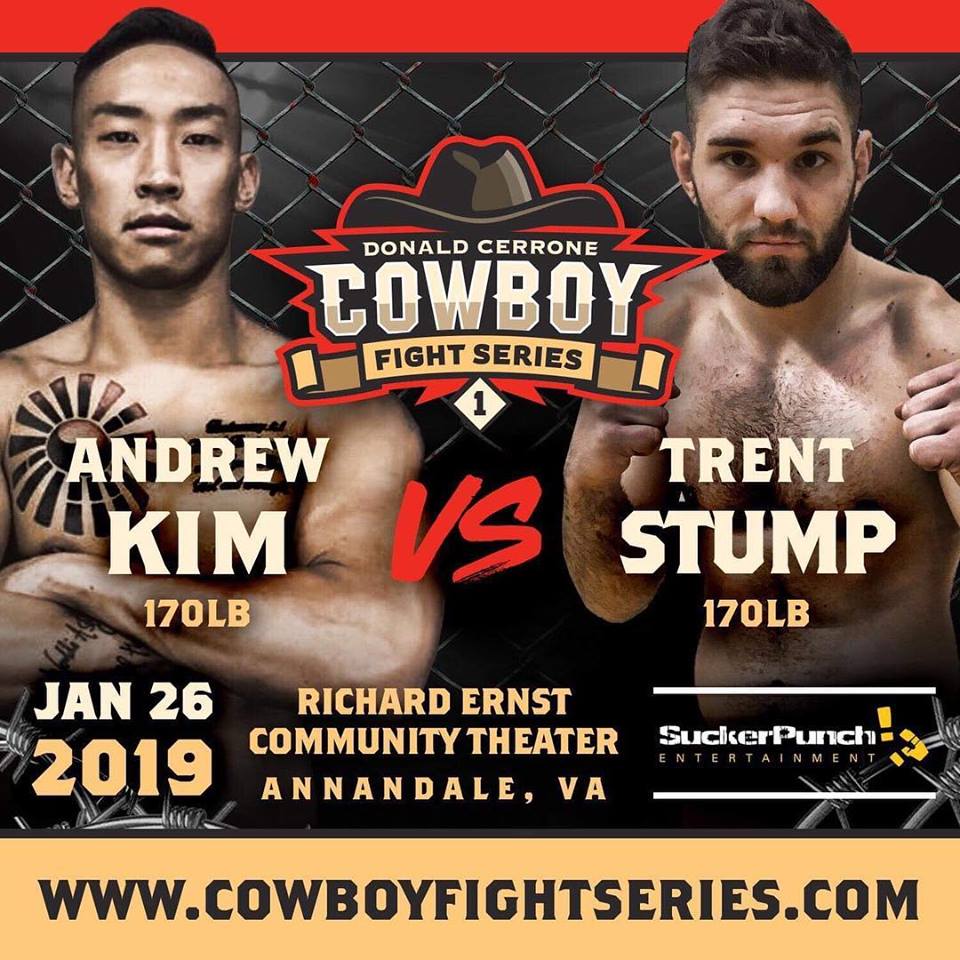