Tyson Fury and Deontay Wilder will meet for the third time on Dec. 19 and the fight is headed for a brand new stadium.

Allegiant Stadium, the new stadium for the NFL’s Las Vegas Raiders, has been reserved for the third between two of boxings biggest personalities.

The Las Vegas Review-Journal spoke with Top Rank chairman Bob Arum, who serves as Fury’s co-promoter. Arum told the Las Vegas newspaper that he hopes to have a crowd of 20,000 in the new $2 billion stadium.

“That is the date that we all want,” Arum told the Las Vegas Review-Journal. “That’s the date that both sides are happy with. Whether we’ll be able to do it in the stadium with limited seating, that’s in the hands of the gods.”

The fight is expected to be the first one to take place in the stadium and it will take place two days after a Thursday night football game between the Raiders and the Los Angeles Charges. Arum said that Raiders owner Mark Davis and his staff have been great to work with and now he’s really excited to see the fight take place.

“Whenever they fight, I think it’s going to be a huge type of attraction, and to do it as the first fight at Allegiant Stadium would be something really special,” Arum said. 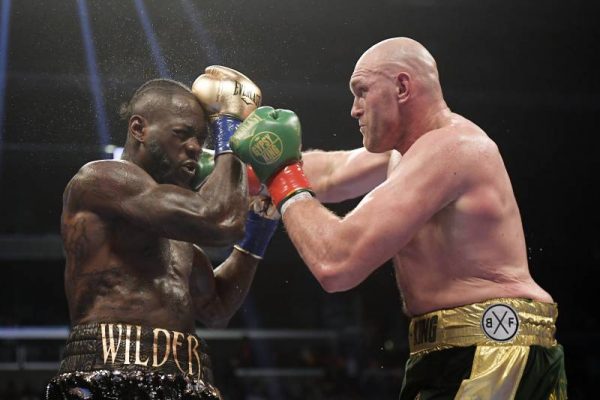 Both men had tuneup fights before meeting again in February. Their rematch was a clear win for Fury as he dominated the fight and stopped Wilder in the seventh-round to capture Wilder’s WBC title. Their fight, which took place at the MGM Grand Garden in Las Vegas, had a sold-out crowd of 15, 816 and set a heavyweight record live gate of $16.9.