The UFC has been the home of several notable British fighters throughout the promotion’s lengthy history. Dan Hardy, Brad Pickett and of course Michael Bisping are but just a few of the names that fans have been able to watch grow and develop into top names in the sports of mixed martial arts. Today, we will touch on some of the most exciting British fighters to follow in the UFC right now!

Arnold Allen might take the lead as top British prospect to follow in the UFC today. The Suffolk native has taken the UFC featherweight division by storm by amassing a 7-0 record since joining the promotion in 2015. Allen has notable wins over Makwan Amirkhani, Gilbert Melendez and most recently Nik Lentz.  The well-rounded UFC featherweight contender is currently averaging 3.19 significant strikes per minute, 1.36 takedowns per 15 minutes and a 76% takedown defense rate. Allen fights in a southpaw stance where he uses his aggressive striking to set up powerful takedowns. What follows is a ground onslaught and multiple submission attempts until he finds an opening and pounces on it.

Allen’s UFC debut came against Alan Omer where he caught Omer in the third round with a beautifully timed choke as Omer shot in for a takedown. His biggest test came in January of 2020 where he faced off against UFC veteran Nik Lentz. Lentz has fought in the UFC since 2009 and is considered one of the most experienced fighters on the roster to date. Allen remained composed and used his superior striking and athleticism to control the bout and out significant strike Lentz 63 to 49 resulting in a unanimous decision win. The 26-year-old prospect is currently #12 in the official UFC featherweight rankings and will no doubt earn himself a big fight once the UFC resumes operations.

UFC bantamweight Nathaniel Wood entered the UFC boasting an impressive 13-3 record. The top bantamweight prospect fought in Cage Warriors four times where he successfully claimed the vacant Bantamweight Championship and defended his throne twice. Wood made his debut against Johnny Eduardo where he overcame some early adversity and went on to submit Eduardo via D’Arce choke in the second round. He followed up this performance of the night with two more submission wins over Andre Ewell and Jose Alberto Quinonez. The London native was on a role and people were starting to pay attention.

After a 3-0 submission win start to his UFC campaign, Wood got a huge step up in competition and was scheduled to face former two-time title challenger John Dodson. After a closely contested fight which may very well have had Wood up two rounds, Dodson landed a counter left in the third that hurt Wood and eventually led to a TKO win for Dodson. Still, the young Wood fought a notable UFC veteran and proved he was ready for elite competition. Motivated more than ever, look for Wood to bounce back strong in his next bout and continue climbing the UFC bantamweight rankings.

Fans of wrestlers will be excited that Mike Grundy has joined the UFC roster as an up and coming featherweight. The Wigan native was signed to the UFC after compiling an 11-1 record with nine of those wins coming by way of submission or knockout. Grundy made his debut back in March of 2019 where he faced Nad Narimani who was riding a five-fight winning streak.  With less than a minute left in round two, Grundy landed a powerful left hook that visibly stunned Narimani. The wrestling standout quickly noticed and pounced on the chance to end the bout by throwing powerful combinations at a relentless pace. Eventually, the referee had seen enough and stopped the bout in favor of a TKO victory for Grundy and the first knockout victory of his career.

Grundy’s background features a lengthy career in men’s freestyle wrestling where he competed in both the 2009 World Wrestling Championships and the 2010 Commonwealth Games. Many expected him to use his elite wrestling skills in his UFC debut, but he instead displayed his ability to strike just as effectively. The 33-year old UFC newcomer is just getting his UFC career started by averaging 3.40 significant strikers per minute, 1.55 takedowns per 15 minutes and a 1.55 knockdown ratio. Expect Grundy to receive a step up in competition in his next bout and with every intent to impress.

Lerone Murphy is not being talked about enough, plain and simple.  The UFC newcomer joined the promotion after compiling an 8-0 record with five of those wins coming by way of first round knockout. Murphy made his UFC debut back at UFC 242 against Zubaira Turkhugov who at the time had amassed an 18-4 record in his mixed martial arts career. Most thought Murphy was too inexperienced to face a fighter such as Turkhugov and would be clearly outmatched. Instead, fans were treated to an entertaining back and forth brawl that ended in a draw and highlighted both men’s skills. After being dropped in the first round, Murphy recovered well and established his striking to land crisp shots in the second including a perfectly time straight right and a power kick to midsection of Turkhugov. The bout showed fans that Murphy was here to stay and quite possibly the next big prospect coming out of the UK.

Molly McCann’s nickname “Meatball” makes it fun to follower her career as it is! What is even better is that she is a fantastic fighter with a very bright future in the UFC. She began her career fighting in several UK based promotions including Shock N’ Awe and Cage Warriors. During her time there, she became the SNA Women’s Flyweight Champion and Cage Warriors Women’s Flyweight Champion. After compiling a 7-0 record in her mixed arts career, McCann got the call she had been waiting for and earned herself a roster spot in the UFC women’s flyweight division. She made her debut against Gillian Robertson where she fell victim to a rear-naked choke. McCann was undeterred and intent on proving that the UFC was her new permanent home.

McCann bounced back after her second professional loss with a unanimous decision over Priscila Cachoeira. She followed up with two dominant decision wins over Airane Lipski and Diana Belbita extending her win streak to three and earning herself a #14 ranking in the UFC women’s flyweight rankings. The 29-year-old Liverpool native is hoping to return in 2020 and continue her climb towards the top of 10 of the division.

For more up and coming fighters in the UFC, see top UFC featherweights on the rise! 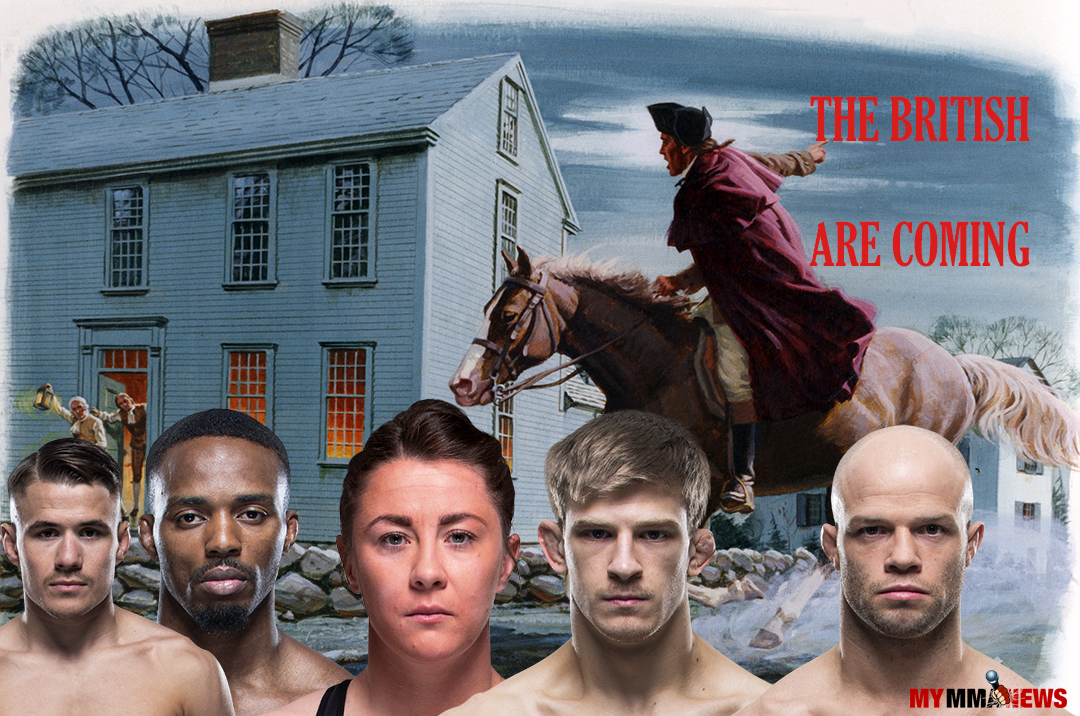 Andrew is a lifelong follower of combat sports. His passion began as a child and has only grown as an adult. Andrew holds a bachelor’s degree from Pepperdine University and a master’s from Texas A & M University. Outside of combat sports, Andrew currently works as a program manager for an aerospace manufacturing company. He has trained Muay Thai for seven years and continues to spar and train on the weekends when time permits.