This weekend on Halloween night, October 31, comes a match up we’ve all been waiting since 2013 to see, Anderson ‘The Spider’ Silva versus Uriah ‘Primetime’ Hall.

We almost got to see this fight at UFC 198 back in the middle of 2016, but Silva was forced out requiring surgery to get his gallbladder removed, and the fight was scrapped. Hall has also been scheduled twice against Ronaldo ‘Jacare’ Souza and once against Yoel Romero since his last fight. 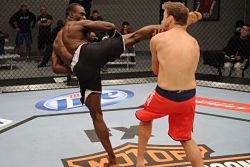 They would have both been great fights as well, but we’re finally getting the fight we’ve been waiting over seven years to see.

Many people thought Hall was ready to face Silva right off of The Ultimate Fighter 17, Dana White included, where he went 4-0 with three knockouts, two of which were as brutal as they come.

The only talent that came off The Ultimate Fighter that was anywhere near as scary as Hall, to where no one wanted to fight him, is season 14 winner Diego Brandao. It’s too bad neither of these talents have really lived up to their hype, but Hall has done well enough to stay in the UFC, and has had some great performances here. 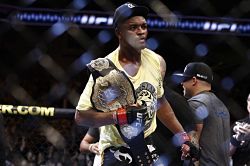 Silva was still the middleweight champion when Hall made his promotional debut, but people somehow thought he was ready for it. That’s not a discredit to anyone, we all did.

Once fighting a couple times in the UFC, we realized perhaps he wasn’t, but at this point, Silva is in the perfect spot of his career to take this fight.

At this point, Silva has gone from 33-4 to 34-10 (1 NC) over the last seven years, opening his UFC career up with 16 straight victories, ten middleweight title defenses, and the longest reign of any champion in UFC history at 2,457 days. 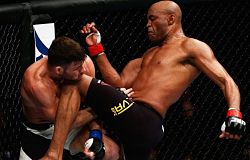 He’s shown us moments of success, like in his Bisping fight, who he knocked out at the end of round three with a flying knee, though the fight unfortunately wasn’t stopped. Many people believe he won that decision as well, it’s a shame.

There’s also his fight with now UFC Middleweight Champion Israel Adesanya, where he still didn’t quite look like his former self, but he didn’t look bad in that fight.

It’s too bad he was clowning Chris Weidman the first time they fought, he was handily picking Weidman apart, but got too arrogant and it cost him, and he came out in the immediate rematch a different fighter considering.

His prime took him to 38-years-old, which is pretty extraordinary. Hall is 36-years-old, and he’s on a two-fight win streak, a good time for him to get this fight as well. Though Hall hasn’t fought since September 2019, Silva hasn’t fought since May 2019, where he was injured and TKO’d by Jared Cannonier’s leg kick. 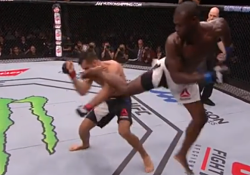 After losing his first two fights with the UFC, Hall went 5-1 in his next six, making his UFC record 5-3 with all three losses via split decision.

One of those victories came over multiple-time middleweight and light-heavyweight world champion Gegard Mousasi, the first time we really got to see Uriah Hall get his trademark finish inside the octagon.

Since this however, Hall’s been finished a couple times; by Mousasi in their rematch, by Brunson, though the stoppage was early, and by Paulo Costa, all of which TKO’d him. At this point in his career, he’s 3-1 in his last four with the loss to Costa, including wins over Krzysztof Jotko (TKO), Bevon Lewis (KO), and Antonio Carlos Junior (split decision). 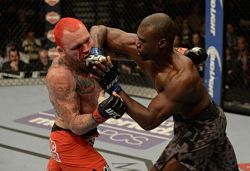 People think Hall doesn’t do well when faced with adversity, but that’s really not the case. He does discourage himself sometimes, yes, but he’s overcome quite a bit in a few of his victories.

His Jotko fight for instance, he was getting battered and was almost finished numerous times throughout round one, until he found the perfect opportunity to land his right cross and finish the fight.

The same exact thing happened in the Mousasi fight, and he broke his toe badly in round one of his fight with future light-heavyweight title challenger Thiago Santos, a Muay Thai black belt who he continued to out-point throughout the fight.

Silva has certainly dealt with a lot more adversity lately than he did earlier on, but he still seems just as motivated as ever to continue fighting and try to rack up some wins on his way out. At 45-years-old, unfortunately, it’s a bit of a stretch. 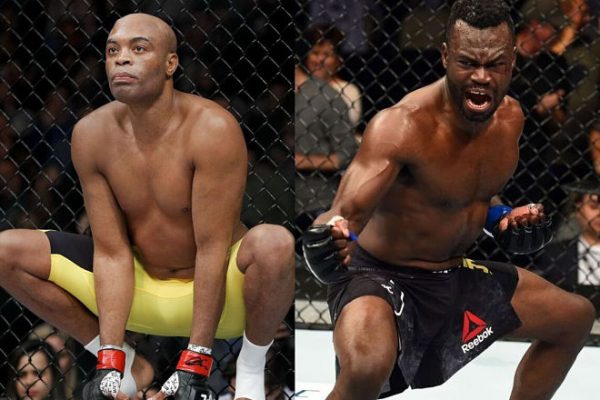 These two are almost the same fighter, they’re so, so similar, and there’s only two real ways they’re different. They’re the same because of they way they strike. They’re both flashy, karate-based type strikers, and they’re both as dangerous as they come on the feet. 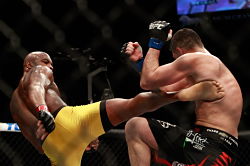 You’d think Silva could just pull guard at any time and win this fight, or pull one of those elite wrestling moves out of his back pocket that we didn’t know he has; like the time he hit that switch on seven-time Pancrase champion and 2nd-degree Brazilian Jiu-Jitsu and Japanese Jiu Jitsu black belt Nate Marquardt, and proceeded to knock him out immediately following it.

However, Hall’s never been submitted, and opponents have been close to it before.

The way these two are different for one is their ground games, Silva being an elite level black belt, and Hall not. Secondly is their genetics.

Silva was always an elusive fighter that had stinging strikes, regardless of what they were. His kicks of all sorts, his punches of all sorts, his knees, everything he landed seemingly stung his opponents, and he was as accurate as they come.

Hall on the other hand thuds when he lands on his opponents, he has more brute power, and is very accurate in his own right. At this point in their careers, Silva isn’t quite as quick and agile as he used to be, and Hall is still the same fighter he’s been for the last seven years, inconsistent, but still very dangerous and tactical. 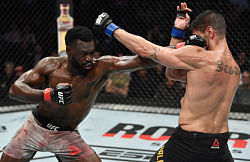 The former champion stands 6’2” with a 77.5” reach, while Hall stands 6′ with a 79.5” reach. The spinning attacks both of these men possess, as well as the more traditional, technical straight attacks are very dangerous to anyone they end up facing.

Let’s hope that doesn’t happen and it lives up to the hype that’s been built around it for years and years. Of Silva’s 34 wins, 23 come via knockout, and of Hall’s 15 wins, 11 come via knockout. This fight has everything it needs to be an instant classic.