This was initially supposed to be a No. 1 contender fight, but Dana White announcing that Israel Adesanya is moving up to challenge Jan Blachowicz for the UFC Light-Heavyweight Championship may have gotten in the way of that. 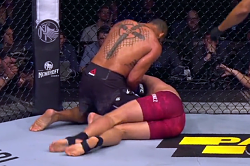 We were supposed to see this fight on September 12, and then on October 4, due to each of them testing positive for Covid-19, but we’re finally getting them this weekend, November 7.

Luckily for us it was rescheduled back-to-back and the UFC didn’t just bail on the match up. These two should certainly be fighting one another, they’re at a similar spot in the rankings, and the winner will deserve a title shot.

Santos is actually the last man to defeat UFC Light-Heavyweight Champion Jan Blachowicz, he TKO’d him in round three. His last fight was a title shot against Jon Jones, a fight he lost via split decision, and a fight many thought he won.

That was over a year ago, back in July of last year. Santos tore all four ligaments in his left knee during that fight and has required two surgeries to fix everything, the reason he’s been out this substantial amount of time, as well as the two cancelled match ups of course.

Thiago Santos started his career out as a welterweight, which may be a surprise to most, he moved up to middleweight for his UFC debut. He came to the UFC with an 8-1 record in 2013, and went 2-2 on The Ultimate Fighter: Brazil, with his only professional defeat coming to Vicente Luque.

After going 1-2 to start his UFC run, he won his next four-straight with three knockouts. He was then finished by Gegard Mousasi and Eric Spicely, dropping his record to 13-5, before going on another four-fight win streak, this time with all four victories coming via knockout. 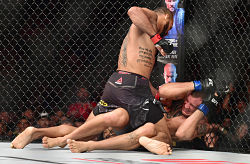 At this point, he’d finished Nate Marquardt, Gerald Meerschaert, Jack Hermansson, and Anthony Smith in his last seven outings. David Branch then ran right through him, starching Santos in round one, before Santos defeated Kevin Holland via unanimous decision.

Santos then made his light-heavyweight debut against fellow middleweight Eryk Anders, and defeated him via TKO at the end of round three. He followed this up with knockout victories over Jimi Manuwa and Jan Blachowicz, and that brings us up to his Jon Jones fight.

Glover Teixeira came to the UFC in 2012 with a record of 17-2, and from his debut up until he fought Jon Jones, he looked absolutely unstoppable. 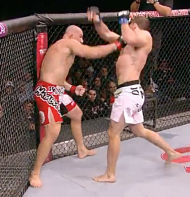 His fights with Maldonado, Jackson, and Bader were especially impressive. Maldonado is an incredible boxer, and has done extremely well in the sport as an amateur and as a professional, and Teixeira ran through him with primarily his punches.

The Jackson fight was impressive because he was only 2-0 in the UFC, absolutely handling a former champion, and he got hurt in the Bader fight, but kept his composure and caught Bader coming in. 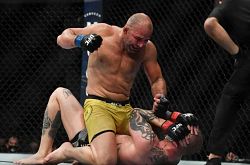 He was then dominated by Jon Jones, and then by Phil Davis, both via unanimous decision, before finishing Ovince Saint Preux (rear naked choke), Pat Cummins (KO), Rashad Evans (KO), bringing his record to 25-4.

His career got a little rockier for a little bit after this. Anthony Johnson then KO’d him in just 13 seconds of his next fight, before he defeated Jared Cannonier via unanimous decision. He was then KO’d by Alexander Gustafsson in the fifth round of their main event fight.

Teixeira then TKO’d Misha Cirkunov in his next fight, before losing a unanimous decision to Corey Anderson. Since this however, which was in July of 2018, Teixeira’s gone 4-0 with three finishes, defeating the likes of Karl Robertson (arm-triangle choke), Ion Cutelaba (rear naked choke), Nikita Krylov (split decision), and Anthony Smith (TKO). 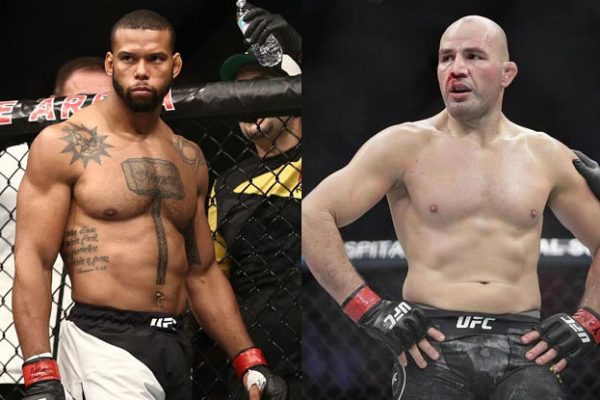 This is a very dangerous fight for both men. Teixeira at 41-years-old, he isn’t quite the same fighter he once was. He’s not as physically imposing, and his muscle density is different, but he’s been finding a way to make it work.

Santos is 36-years-old, turning 37 in January, but he hasn’t fallen off at all. His body hasn’t diminished in any way, it’s gotten more solid if anything considering he used to fight at 170 lbs and 185 lbs, 205 lbs is the perfect division for him. 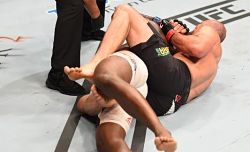 Santos has great Muay Thai, which he has a black belt in, and he has some decent spinning wheel kicks and other unusual capoeira techniques as well. He also has a black belt in Brazilian Jiu-Jitsu, though we never see it from him.

Teixeira is an elite 2nd-degree black belt in Brazilian Jiu-Jitsu, his grappling is some of the best in the sport. His top pressure, ground-and-pound, and his submissions are all world class.

Teixeira’s boxing is also very sound. Like mentioned above, he doesn’t have the same power he used to, but he’s in his forties, it makes sense, and he’s found a loophole in the timeline by putting out stellar performances in his last four fights. That doesn’t mean he doesn’t hit hard anymore, he certainly does, just not like he did six years ago. 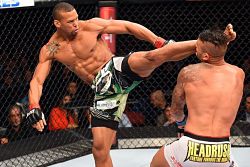 Who do you see winning this epic light-heavyweight main event?