MIKE RICCI OUT OF WSOF27 WITH INJURY; LUIZ FIRMINO STEPS UP TO FACE CAROS FODOR ON SATURDAY, JANUARY 23, LIVE ON NBCSN FROM MEMPHIS, TENNESSEE 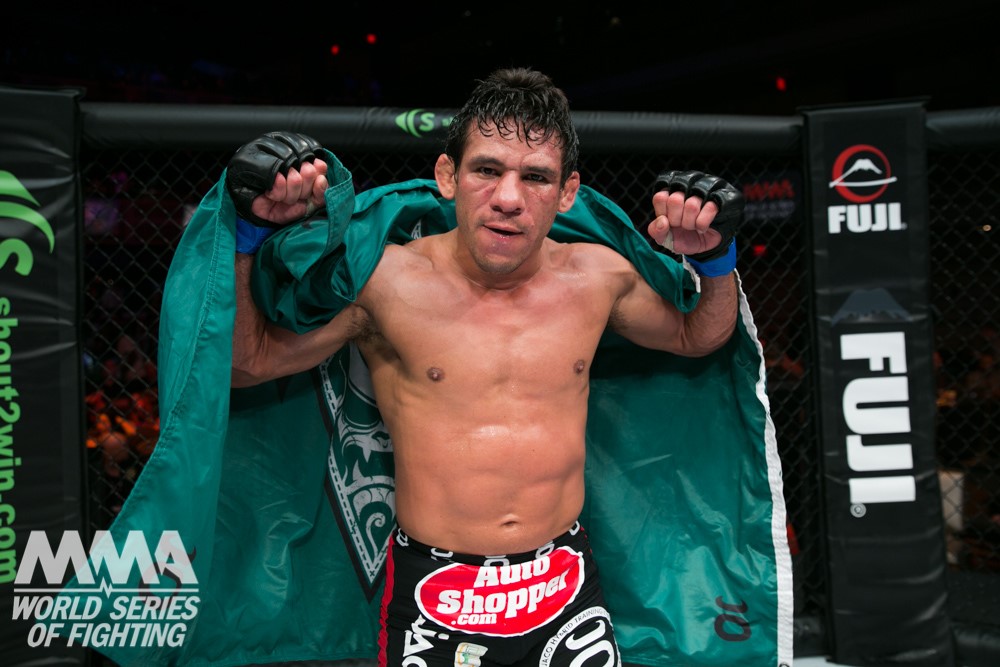 LAS VEGAS (January 12, 2016) –A re-injury of his hip has forced Mike “The Martian” Ricci to withdraw from his scheduled World Series of Fighting (WSOF.com) main event bout with Caros “The Future” Fodor (10-4), who will now face streaking Blackzilians ace Luiz “Buscape” Firmino (18-6) under co-main event status at WSOF27, live on NBCSN at 10 p.m. ET/7 p.m. PT from the FedExForum in Memphis, Tenn. on Saturday, Jan. 23.

Originally billed as the co-main event, the light heavyweight (205 pounds) contest between heavy-handed finisher Teddy Holder (9-2) of Bartlett, Tenn. and undefeated Shamil Gamzatov (9-0) of Makhachkala, Russia has been elevated to the main event.

“Luiz Firmino, no stranger to our decagon cage,” continued Sefo, “is truly a courageous warrior for stepping up on such short notice to compete against a fellow star like Caros Fodor.  We commend Luiz for doing so and look forward to seeing him back in action.”

Prior to the victory over Volkmann, Firmino earned an impressive, five-round unanimous decision over Luis “Baboon” Palomino, who has since gone on to challenge reigning, undefeated champion Justin “The Highlight” Gaethje twice for the World Series of Fighting lightweight title.

A veteran of professional MMA since the young age of 18, Firmino also boasts notable wins over prolific striker “Diamond” Ryan Healy and submission expert Toby Imada, both of whom Firmino defeated by way of unanimous decision.

A three-bout preliminary card will stream live on an embeddable video player on WSOF.com, beginning at 8 p.m. ET/5 p.m. PT.

By Chinyere Okafor 58 mins ago