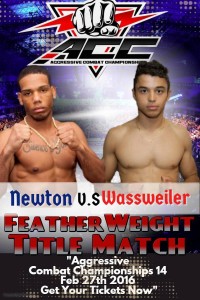 In the championship bouts, Cena  Acevedo is set to battle Anthony Pipola in a welterweight match up. Ethan Olavarria is scheduled to exchange fists with Geo Alvarez in their flyweight championship bout. Cristian Wassweiler is going to step inside the cage with featherweight Anthony Newton for the ACC championship belt.

The rest of the fight card has yet to be revealed. Tune in Monday night at 7 p. m. though to My MMA News reporter Kyle Carroll’s podcast ‘Carroll’s Corner’, as he is joined by match maker Eugene Perez.

ACC always puts on a great show from top to bottom of the fight card. The fighters are usually evenly matched up, which delivers for the greatest displays of mixed martial arts.

Doors get kicked open at 6 p.m. EST. and fighters enter the cage at 7 p.m. promptly. Be sure to get tickets for the event on Feb. 27th, at The Queens Theatre at Flushing Meadow Park, New York.

For Tickets visit the link HERE 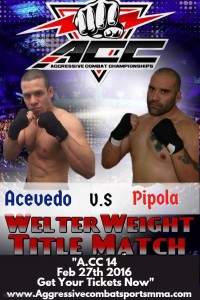 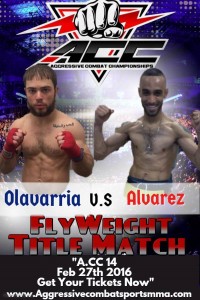 By Bjorn Morfin 19 hours ago