Ahmed Faress (14-2) will step into the cage against Nkosi Ndebele (12-4) at Brave Combat Federation 19. The December 8 fight that place at the Sun City Resort in Sun City, South Africa. MyMMANews caught up with “Prince” Faress before the bout.

First of all, how did you get into MMA? Also, do you have any background in any other type of martial arts?
“I liked martial arts from a young age. I liked watching all martial arts movie, so I trained karate when I was 6 and then Kung Fu and boxing as well as taekondo. At the end I started BJJ which was my entrance to those big things vale todo free fight and MMA.”

What do you do for work or would MMA be your full-time job?
“I was supposed to be mechatronics engineer it’s my education but i graduated then I started work as an MMA coach till now. I am coching mma, boxing, grappling.”

How did you get the nickname “Prince”?
“I was a big fan of Prince Naseem Hamed the boxer then I started to say that and then everybody tells me Prince Faress.”

Who are you currently training with and how did you come across the camp? Also, who are some of your main training partners?
“I am now training in SBA (Saracens and Blackbulls Academy). It’s our place and it combine us all, I have so many partners such as Alaa Mansour, Mohamed Gamal, al-Hasan, Eslam Syaha, Marwan Gamal, Fawaz, Omar Fayomy, Omar Dfrawy, Ahmed Thabet.”

I saw that you fought ar 145 for the beginning of your career but you made the move down to 135. What made you decide dropping down? Also, how tough is the cut to 135?
“I wasn’t cutting weight before 2015. I was fighting at 14 easily and when I got my first Desert Force offer it was 135 so I took it. It is not so hard to get to 135 especially if I have a good plan for cutting weight it’s its not easy but not hard.”

What is your favorite thing to eat before weight cut and after?
“I like fatta

its meats and rice and bread with some high-quality sauce

also the sugary things and pasta.” 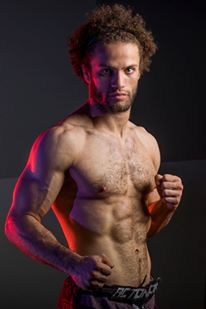 What would be your favorite striking and grappling technique?
“Roundhouse kicks and triangles.”

How is the MMA culture in Egypt?
“Egypt has so-so good talented fighters in every sport like wrestling, boxing, etc but MMA is still new and the level is not so high. Of course, there is a lot of improvement in the last 4 years but we need more work.”

This next fight you will be making your South-African debut. What are some places in the world you would like to fight at the most?
“I dreamed to fight in Japan from when I was young it’s my favorite and also las vegas of course.”

You have finished all your career wins. Is the goal usually to get in and get out as fast as possible or is that the way it just happens?
“Yes, of course, I like to finish all fights and the more it’s good and the faster the more it’s attractive.”

Explain what a normal day of Ahmed Faress looks like?
“Wake up/shower/pray/breakfast/go training and work/eat and pray.  Back to my place to praagainan and train with freinds and eat then back to home to watch training vids, anime, islamic vids or chat

You’re fighting Nkosi Ddebele. How do you think you match up with him and how do you see this fight playing out?
“Nkosi is a very good fighter with great feet, lots of good kicks, and a wide range of strikes which I look forward to testing against my own. But I am better than him in every aspect of the fighting game so Inshallah this will be a big win for me, and I’ll be looking for a finish.”

Who will be in your corner for this fight?
“Alaa Mansour my teammate will be in my corner, he is a long time training partner and superior middleweight striker.”
What are you thoughts behind the Anderson Silva/Israel Adesanya fight and who do you think wins?
“I am a fan of Anderson Silva and in my opinion, he was the best fighter ever in his prime with a unique style. But everyone gets old, he is not at the same level he was but he is still good even though 40+ years old. Adesanya it’s his time. He’s very sharp and hungry so I think it’s 45% Silva I wish he can win but it’s hard.”

By Adam Crist 13 mins ago