Morgane Ribout is a native out of France with a 4-0 record with a 100% finish rate. She’s looking to improve her record to 5-0 in her debut for top Canadian promotion, TKO (45) airing live exclusively on UFC Fight Pass this Friday. She is set to take on Corinne Laframboise (2-2).

You have a background in Judo. Can you talk about how you got into the sport, the journey, and your accomplishments?
“Having parents who practiced swimming, I practiced the same sport before even walking. At the age of 4, I started judo to do as did my big brother. After practicing various sports such as gymnastics, dancing, horse riding, and even ping-pong at school judo remained my favorite field. So I left the family home at the age of 10 to join a judo school sport/study, until 17 years old to join the French judo team in Paris (INSEP). The schedules of the week was simple, two training sessions a day, five days a week, adding many trainings camps and competitions abroad. I was a 21-year-old world champion, I then stopped my judo career at 26-years-old.” 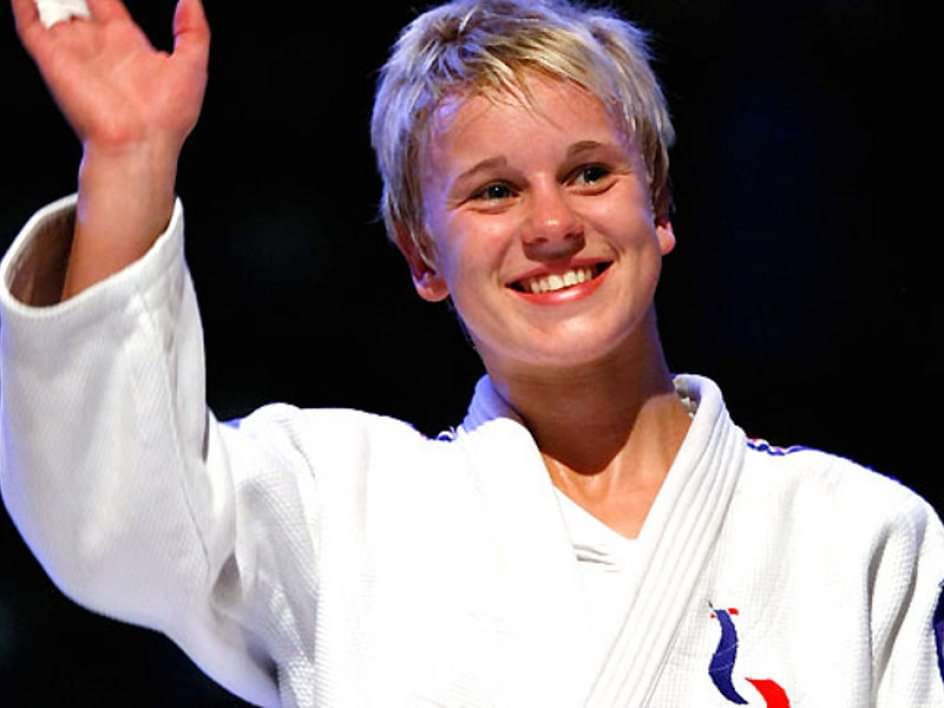 Can you speak on why you made the decision to transition over to MMA?
“The MMA has always attracted me from afar. I was able to observe many changes of the rules in judo, changes that I didn’t want and therefore, I didn’t the ability to adapt myself to them. The MMA represented for me the possibilty to expand my knowledge while continuing to use my skills. My impressions were quickly confirmed during my firsts MMA training sessions.”

What do you do for work or would MMA be your full-time job?
“I work the weekends in a restaurant, and I love that. But the MMA career requires more so I devote my week to my trainings.”

Who are you currently training with and who are some of your main sparring partners?
“I have the chance to live here in Montreal for almost 3 months.
I mainly train in two different gyms:
-Physical training on the kahnawake reserve at Frasercorefit with my coach Mark Fraser who also practiced multiple martial arts.
– MMA training at the Brossard Martial Arts academy led by Marc Beauchamp, where I am lucky to have different sparing partners, boys and girls, helping me every days to my improvement. They have different styles, different sizes, which allows me to be able to work on several profiles. (I thank them by the way for their big help).” 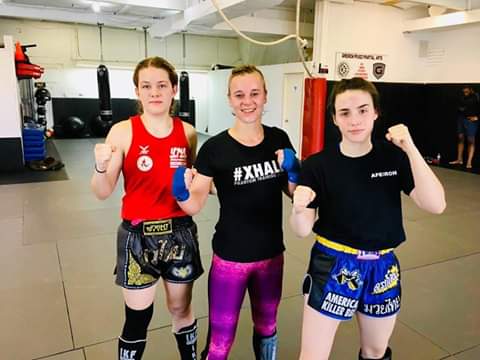 How is the weight cut to 135? What would be your diet plan during the weight cut?
“I handle my food diet quite well during my preparation for the fight in the category of 135lbs with obviously not easy moments in the last days … I have a big diet plan past during my judo career and have therefore acquired some notion of cutting. My next fight was signed at 130lbs and believe me, it’s been a few years since I will not have seen that weight on the scale. There are no secrets, eat better, eat less, train hard and above all, hold on 😬. Even if this cutting does not rejoice me, I know my goals and will make the effort, for this time :).”

What has been the high of your mma career and what has been the low?
“My high moment was my third fight with the European amateur champion as my opponent. I was suffering from bronchitis and I wasn’t well enough to prepare. My oponeopp was very determinated with more experience in mma. I still won this fight (the longest of my four wins in a little over four minutes) it was a real deliverance for me with this sickness I had. 3-4 months before this I had to leave my old club in Switzerland to join France without a real training plan, it was therefore also the weakest moment of my career in MMA. I was a little bit lost.. but now I’m back!”

What would be your favorite striking and grappling technique?
“Hmmm. I do many things in grappling and usually it depend of who I’m fighting. Is she right-handed, left-handed, tall or small?.. So many possibilities…because You know, it was my “thing” for almost all my life during 26 years. For the striking, I haven’t shown many things until now in competition because it takes time for me to feel comfortable in a different area when such a flush of adrenaline explodes in your face. That’s why I train hard to balance my level. I’ll let you discover my new ability on December 7 at the Bell Center of Montreal;).”

Explain a normal day in the life of Morgane Ribout?

“I wake up at 9 a.m. and get ready for my first training sessions. I go there by bus often, then I make my physical preparation. Then I go home to eat, I take my nap which is well appreciated, then I prepare myself a second time to head to my second workout in mma. The weekends I work afternoon to let me recover for the the morning.”

How is the MMA culture expanding in France?
“Good question thanks for asking. Maybe Some people ignore that France is one of the last countries in the world to literally ban MMA competitions. Officially because of the punches to the face in the ground part, unofficially because the judo federation is doing everything possible to not see this sport never exist. The reasons are quite simple to guess (judo is the first fight sport in France). The MMA is a huge fight sport in the entire world…. I’ll let you to imagine the discomfort when one of their world judo champions has passed the step of adopting, loving, and fighting in this discipline. Nevertheless, it should be known that the practice of mma in France is it authorized and that it is spread at very high speed with many clubs opening its doors day after day. There are very great fighters blooming there. We do not count anymore the days we wait before the legasition is done, but this day, we will be a nation to take serious to the great level of it’s fighters, and the huge events possibly in mma.. That is a promise!!!”

What do you like to do outside of fighting?
“I am a rather casual person .. I like watching series, seeing my friends, and especially I love to make myself happy by discovering new restaurants .. outside of course periods of cuttings haha.”

You’re fighting Noemi Gonzalez. What do you think of her as an opponent and how do you see this fight playing out?
“I didn’t know much about Gonzales but seemed less strong than my last fight fight.. and that I could express myself differently in the strikking part, that was the plan that we had set up with my ex coach Myriame Lamarre. Even whith a victory in less than a minute, I was really disappointed myself to not have found the ease to express my boxing … maybe it was not the right moment 🙂 But a victory is a victory isn’t it? And I’m not the kind of person to look back on it, so let’s go.”

You’re fighting Corinne Laframboise. What do you think of her as an opponent and how do you see this fight playing out?
“I went to the last card at Quebec to watch the event. I saw this day Corinne Laframboise fight, I think she is a warrior and she is not afraid to fight for sure. I have to be really focused like I should for all of my fights. To be honest, I didn’t watch so much footage about her..almost nothing actually for the simple reason that my worse enneene is always myself. I saw enough on this fight to know what kind of fighter she is. Now it is my job to come friday with all my good energy and power because we can’t have two winners! and i want that to be me. Let the best win.”

Why do you fight and who do you fight for?
“I fight to be the best fighter in the world. With of course a lot of work to do and I am aware of it. You have my answer..” 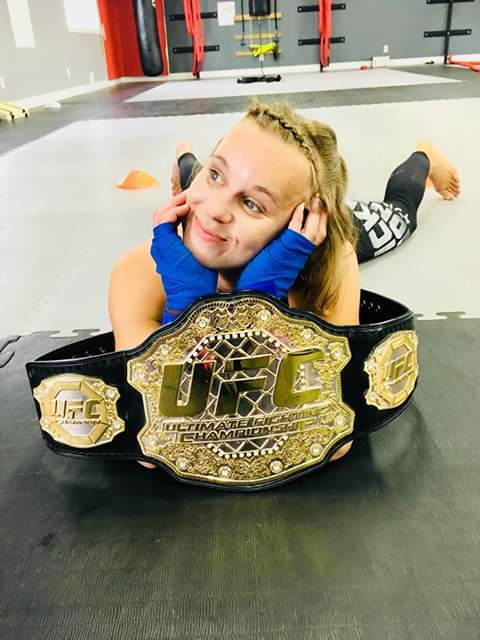 By James Lynch 5 days ago