Former UFC middleweight champion Anderson Silva has finally received news about his failed drug test that dates back to November 2017. Silva was removed from a main event against Kelvin Gastelum at UFC Shanghai. The failed test came from a collected sample on October 26, 2017.

Finally, nearly a year after the failed tests, Ariel Helwani of ESPN reports that Silva has been informed that he will receive a one-year suspension by USADA for a contaminated substance. According to Helwani, Silva will be eligible to return in October 2018 and he has made it known that he wants to resume his fighting career. 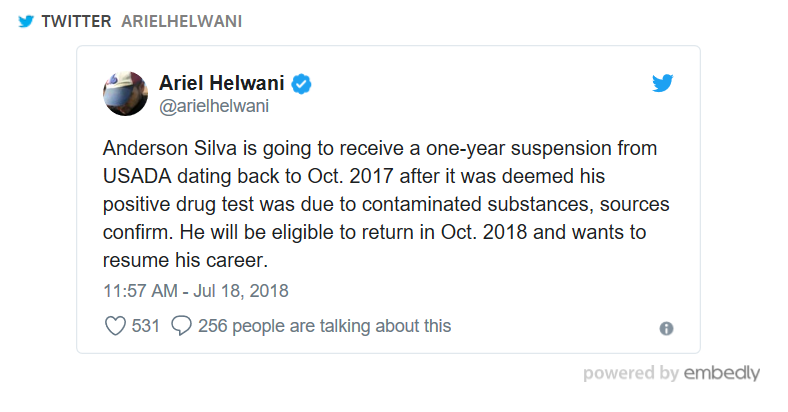 This news means that Silva did not knowingly take any banned substances under USADA’s ruling and that the reason for his failed test was due to the contaminated substances. Helwani also tweeted out a statement from Silva’s team where the former champion says he feels “vindicated” and can now focus on getting back into the ring. 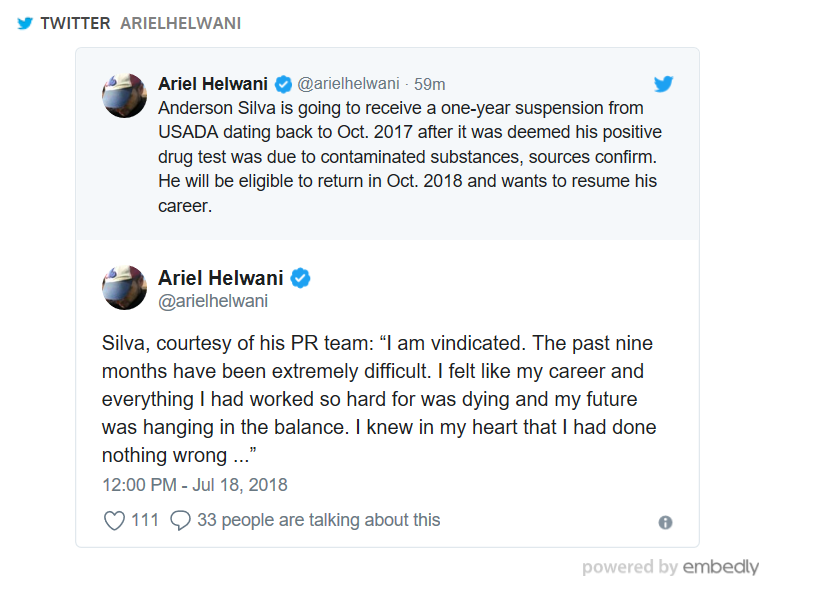 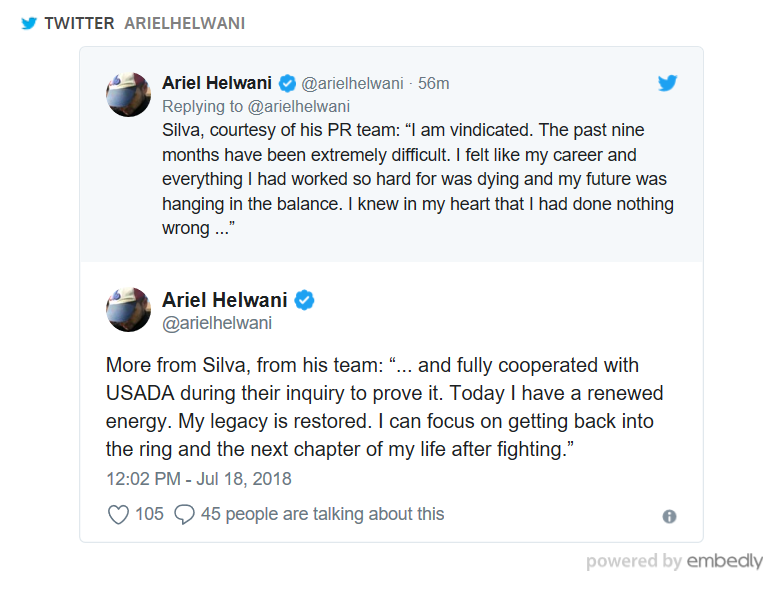 The last time Silva competed inside the UFC Octagon was at UFC 208 where he defeated Derek Brunson by unanimous decision. Before his win over Brunson, the former champion had suffered four losses and one no-contest in a fight against Nick Diaz, where Silva had suffered a failed drug test as well.

Silva was also suspended a year by the Nevada State Athletic Commission for his failed test against Diaz at UFC 183 back in 2015, and had his win over Diaz overturned to a no-contest.

Anderson “The Spider” Silva will now likely return to the middleweight division where there will be no shortage of competition at the top of the division looking for a fight. At 43 years-old, Silva likely doesn’t have much more time left inside the Octagon and it’ll be interesting to see who the UFC matches him up with once he does return.