Interview with Drew Dickson above

In a featured bout, reigning Art of War Cage Fighting amateur bantamweight champion, Drew Dickson, will enter the new 30 foot cage to defend his title against Adam Prieto (5-4).  Dickson (7-1) won the strap in his last bout back in November of 2019 before the regional MMA was shut down by the pand Dickson was dominant with his wrestling and slams and defeated the previously unbeaten and defending champ, Anthony Caschera with a convincing victory.  It is a surprise to many that Dickson has not turned pro yet, and I am sure AOW President, Mike Bickings, is happy to have the blue chip prospect in his arena.

Dickson is ranked #1 out of 140 fighters according to Tapology.com in the amateur bantamweight category from the Northeast and #1 in Pennsylvania and Ohio.  His future is very bright and MyMMANews caught up with the champ heading into fight week to ask him about fighting again as an amateur…

“It was strictly me decision.  I did not want to rush into anything which is what you see a lot of amateurs do after they win a belt.  With the layoff, I maintained a healthy lifestyle, but did take a couple months off from training before diving right back in.  I’ve been out to California to train with Team Alpha Male and in the future I plan on going back for more.  As far as Adam Prieto, he has been off for a while also, but he has lots of experience with 9 fights and will be a good test.”

Dickson also says that regardless of the outcome, this will be his final amateur contest and is looking forward to the challenge of becoming a professional.  You can check out our entire interview on the link above. 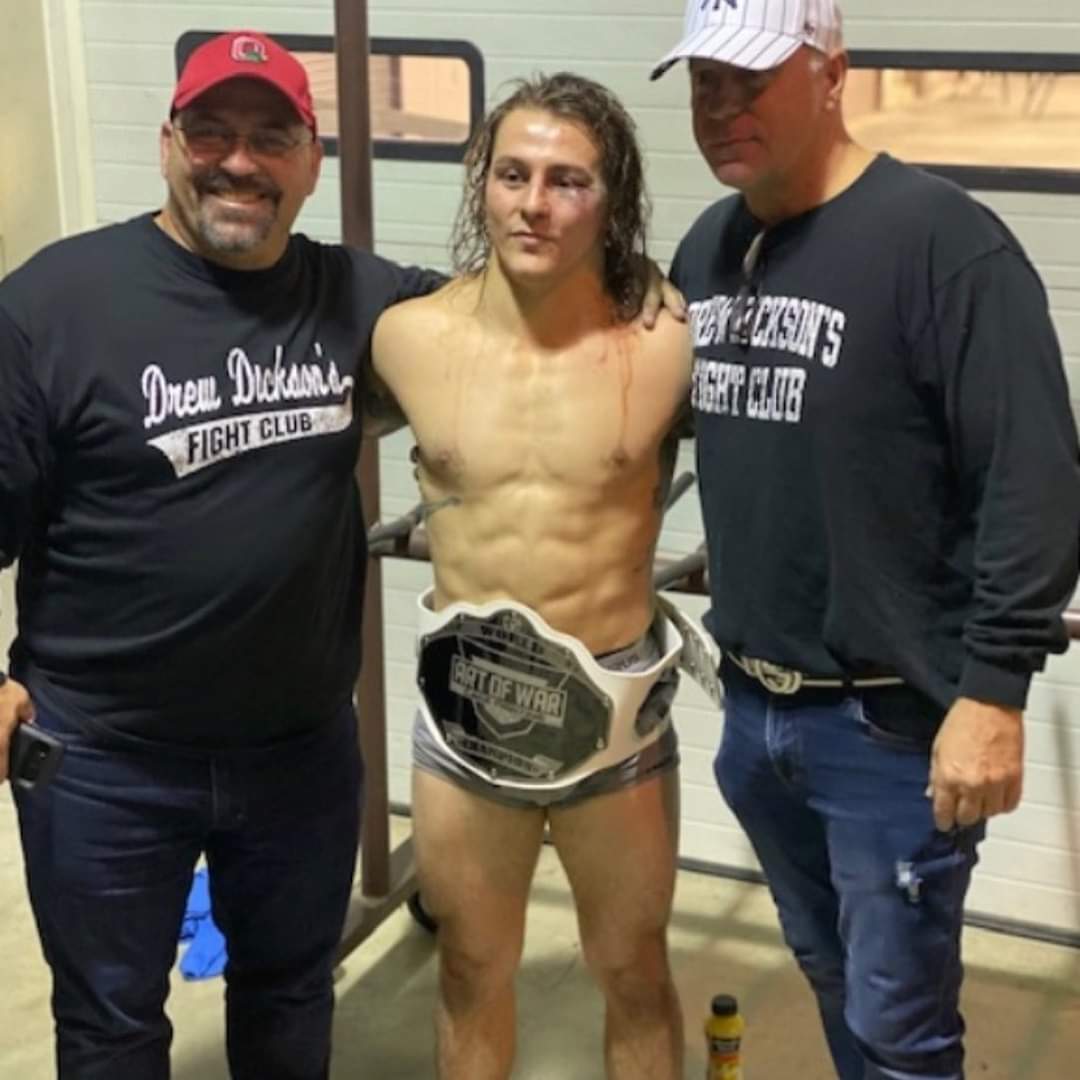 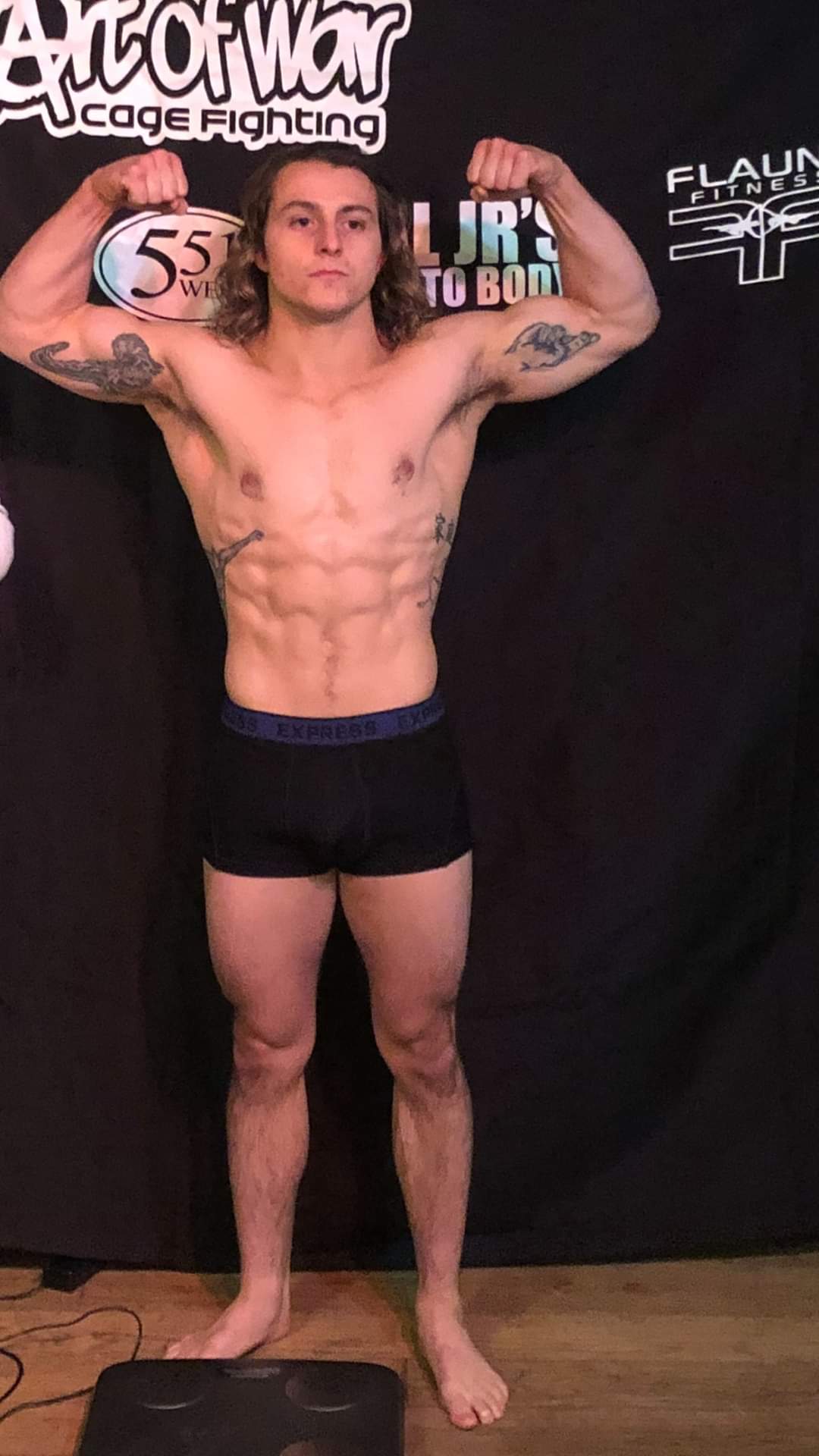 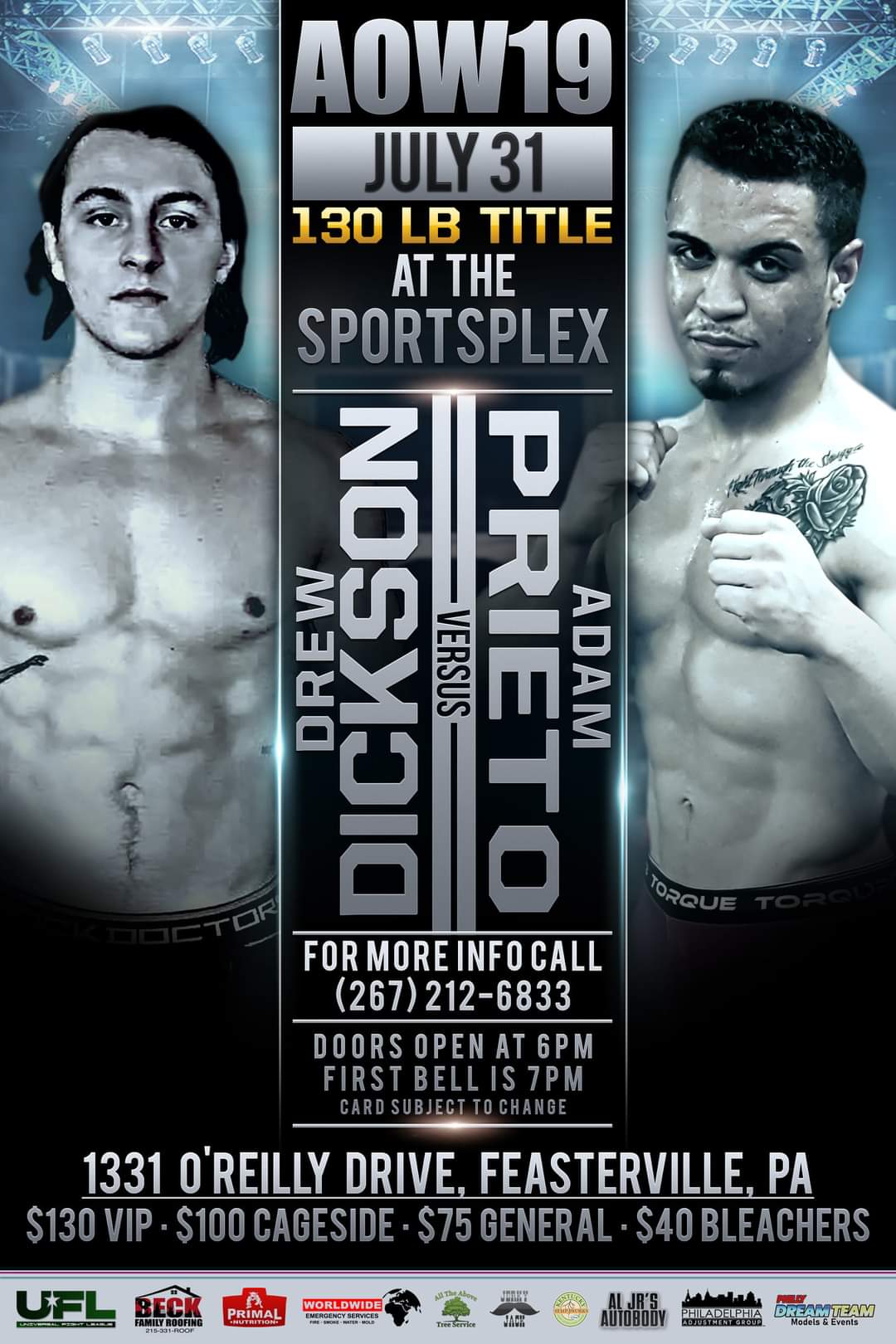