Ephrata MMA’s Ben Moser lives the daily grind and loves it. He has a career, a family, and a thirst for training and fighting.  With help from one of the coolest women on the planet, his wife Aubrey, Moser is preparing to defend his belt on October 14 inside the Lanco Fieldhouse at Art of War 3.  He takes on Eddie “the Dude” Doud, and will be defending his 135 lb., Art of War championship.

Aubrey does some serious work with meal preparation, motivation, and taking care of their 10 year old, all while running her own house-cleaning business.  She’s a warrior.  Ben’s day consists of working his full-time day job, then onto the mats for three hours every night. He doesn’t get to see his family as much as he would like, but they are always with him in spirit.

B MO also brings out a large fan following.  He’s a very popular guy in a place where they appreciate hard-work and fights.  It’s always very loud when he’s walking out and doing his thing in the cage. Even in a loss last year to Martinez BJJ’s Matt Turnbull, Moser had the place on it’s feet the entire fight as the two went back and forth exchanging strikes, takedowns and submission attempts.  It was a hell of a battle, but Moser came away on the wrong side of the judges scorecards.

“I’m going to try and get over there to Martinez and train with Matt and those guys.  They have a room full of killers.  I would also love to run that back with Matt when we both go pro.  We shall see what happens in the future, but right now, It’s about defending my belt against Eddie Doud.”

I spoke with Ben Moser, who was a little hungry as he is in the middle of his weight-cut.  Please listen in below.  He’s one of the good guys in the sport and very easy to root for.  We talked about his daily grind, his fight for AOW and his future.  We will be cageside with up to the minute results, a full recap and amazing photos!

LISTEN TO BEN MOSER BELOW: 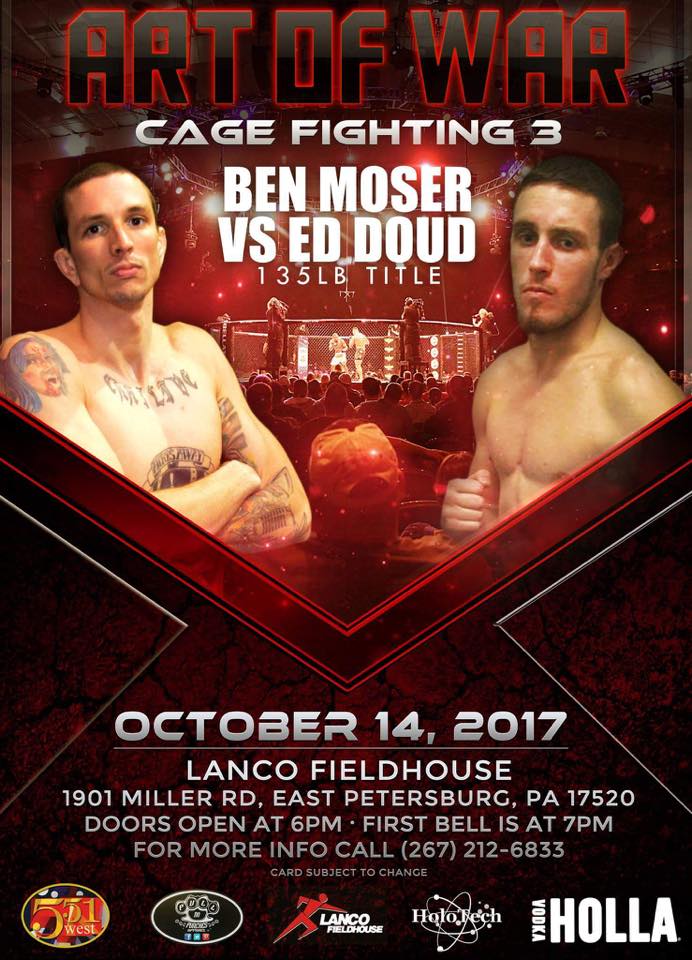 By Dylan Bowker 31 mins ago