Carlos Santana, Eddie Guerrero, Frida Khalo, Selena Quintanilla, Julio Cesar Chavez, Andy Ruiz and now Brandon Moreno. This is a list of a few of some of the most iconic and influential Mexican people to ever break ground in the world.

Artists, musicians, pro wrestlers, boxers, and now for the very first time, a mixed martial artist will be included in this list. Last weekend at UFC 263, Brandon Moreno became the first ever Mexican born UFC champion and forever etched his name in the list amongst greats. Being a Mexican American myself, the narrative has always been the same stereotypes that we’re all used to seeing in media and on the big screen. The Mexican American figures that are displayed for us have been gang members or vatos, or my personal favorite the happy go lucky side kick who speaks broken English.

On, Saturday, June 12th, Moreno captured the UFC flyweight championship by submitting former champion Deiveson Figueiredo in the third round with a rear naked choke. The former champ hadn’t lost a fight since 2019, and more importantly had never been stopped in his entire career. The pair of Moreno and Figueiredo met exactly six months to the day on December 12th in 2020 in their original flyweight championship bout. Deiveson was expected to run through Moreno as he had done nearly everyone else in his last five fights, winning all five and finishing four out of those five before ever seeing a single third round. Deiveson was the definition of nightmare in the flyweight division and still is.

At first glance you would never expect Brandon Moreno to be a world class mixed martial arts fighter. He’s soft spoken and has a Lego collection that would make any kid jealous. A true kid at heart, Moreno has a problem holding back his smile any time you see him. Quickly becoming a fan favorite with his humor and all around personality, it is common to see Brandon laughing with fellow fighters back stage or during press conferences. Moreno wasn’t always the top guy, in fact he has become the UFC’s most unlikely champion and biggest underdog. Born and raised in Tijuana, Mexico Brandon was no stranger to hard work. His family had a piñata business and Brandon joined a local gym as a kid in attempt to lose weight. As he started training more and more he decided to try his hand at competing, which eventually saw him string together few wins and losses. Never being one of the bigger competitors Brandon earned the nickname “The Assassin Baby” while he competed at a more natural weight class of 125lbs. After stringing together five consecutive wins and a flyweight title on the regional scene in Arizona, Moreno got the call to the UFC, but he had to earn his way there too.

In July of 2016 Moreno was announced as one of the contestants of the Ultimate Fighter, a tournament driven reality TV series created by the UFC to find some of the best unsigned talent from across the world. The catch? You have to win to get a contract. The theme of this season of the show would be champions, as the title was labeled “The Ultimate Fighter: The tournament of Champions”. During this season the UFC had gathered flyweight champions from all over the world in attempt to finding the best competition for former UFC flyweight kingpin Demetrius Johnson who had devoured every possible flyweight the UFC had at that time. Like seasons of the past, the Ultimate Fighter coaches had a chance to evaluate each fighter and select who they wanted on their team.

During the evaluation Moreno looked raw and wild compared to the other fighters, and at the age of 23 was seen as unexperienced. When team selection time came, Moreno was picked dead last. Like the fat kid in gym class, Moreno was the last contestant standing wondering who would take him. Even worse, the first fight announced on the show was Brandon Moreno against Alexandre Pantoja.  Pantoja was the first pick of the show and beat Moreno with a second round submission, but not before earning respect from his coaches and the other contestants on the show. It was clear that Moreno had raw talent and a future but he was not going to win the Ultimate Fighter. The UFC still gave Moreno a shot as he faced some other tough flyweights. He went 3-2, but lost 2 fights in a row and was cut by the UFC after losing to Sergio Pettis and again to Alexandre Pantoja. Again his UFC dreams were halted.

There he was again striking out for the second time to get his MMA career on the path to greatness. One of Brandon Moreno’s best qualities is that he is relentless and works tirelessly to achieve his goals, instead of hanging his head Moreno smiled through the disappointment and found a new home at the LFA. While fighting for the LFA Moreno found his way into a flyweight championship bout and won the title in spectacular fashion. Moreno earned a rare call back to the UFC and began to work his way up the rankings again. This time fans saw a much improved Moreno and more matured fighting style. Though the speed and tireless gas tank was still there, you could now see his improved submission and striking game had grown with him. More importantly he was winning and winning over fans with his “happy to be here” attitude as he quickly became one of the most exciting fighters to watch.

The first time these two met in the octagon the fight ended in a majority draw and a fight of the night performance bonus for both men. The first fight materialized on a whim as both men competed on the same card on November 21, 2020 and both earned 1st round finishes. Moreno won a title eliminator bout while Deiveson was dispatching another opponent in a title defense. Once the original main event for UFC 256 fell through at the last minute, the UFC opted to make the Figueiredo/Moreno fight sooner than expected. On a three weeks’ notice and marking the fastest turnaround in history for a UFC title fight, the stage was set for a real life story straight out of Rocky 1. Some people were quick to criticize saying that the reason it was that close was because of the illegal low blow that resulted in a point deduction against Deiveson during one of the rounds. Earning a decision against the seemingly supernatural Figueiredo in one of the most exciting flyweight title fights ever, Moreno earned the respect of millions while almost guaranteeing himself a full fight camp and title shot.

Fast forward to June 12,2021, the rematch took place in front of a live crowd this time in Arizona. Again champion Deiveson Figueiredo was the heavy favorite in an all too familiar scenario. Again champion Deiveson Figueiredo was supposed to dispose of Moreno early and easily now that he too had a full fight camp. MMA critiques had said that Moreno got lucky the first time they fought. Saying it may have been the perfect storm for Moreno seeing how both Moreno and Deiveson had come off of short notice fights prior to their first fight. They were right this time it was different, as soon as the first bell rang you could see that this wasn’t the same Brandon Moreno. He was faster, more precise and more driven. He was countering Figueiredo and looking sharp as he would break Deiveson’s rhythm with jabs and slick footwork. He even dropped the champion with a laser like jab early on in their fight. The fight was all Moreno from start to finish and the second Moreno sunk in the rear naked choke you could see the trouble his opponent was in. If their first fight was Rocky 1 then their second fight was clearly Rocky 2, with the same outcome seeing the underdog refuse to be denied a second time.

The moment was not lost on Moreno. As soon as Deiveson tapped Brandon stood up, and for a split second before celebrating you can see Moreno looking up into the crowd. Almost as if he’s becoming one with the moment, soaking it for all that he had accomplished at that exact time. Absorbing the vibes from the cheering fans in attendance that night in Arizona, and seconds later Moreno burst into tears of joy when he realized what he had accomplished. He had become the champion.

The son of a piñata maker, the last picked on the Ultimate Fighter, and the once cut fighter from the UFC roster would simply be known as “UFC champion”.

As I get older it means the world to me to see positive Latino role models emerge and show people what hard work and diligence can do for someone. I was honored and in awe to see Brandon Moreno become that role model. To become that figure for a nation of people out there wondering if they would ever achieve their dreams. Brandon Moreno is the living embodiment of the Mexican spirit. The hardworking, relentless, and unwavering spirit that has gotten so many people through tough times as they look past darker days and into the bright future. He is proof that anyone who can smile through pain and defeat and continue to go to work is a future champion in the making, no matter what they decide to dedicate their time and effort to. 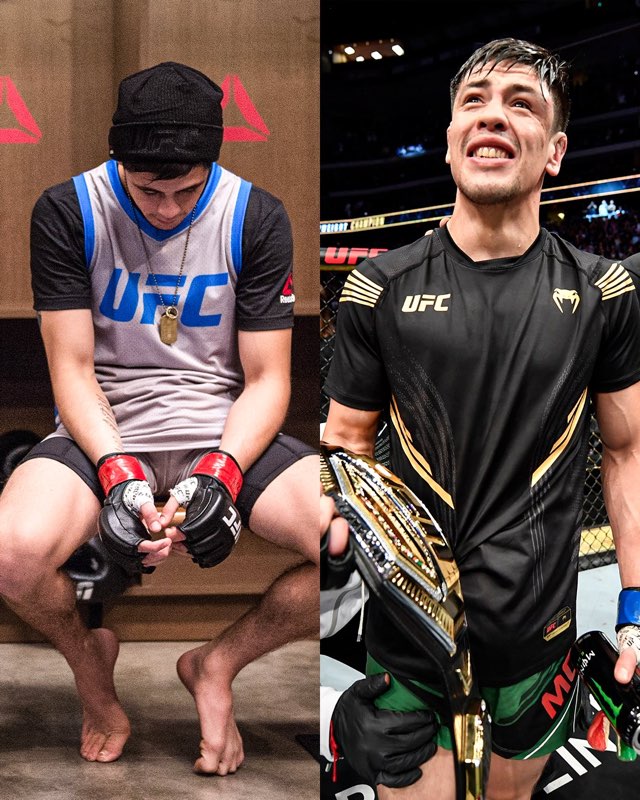 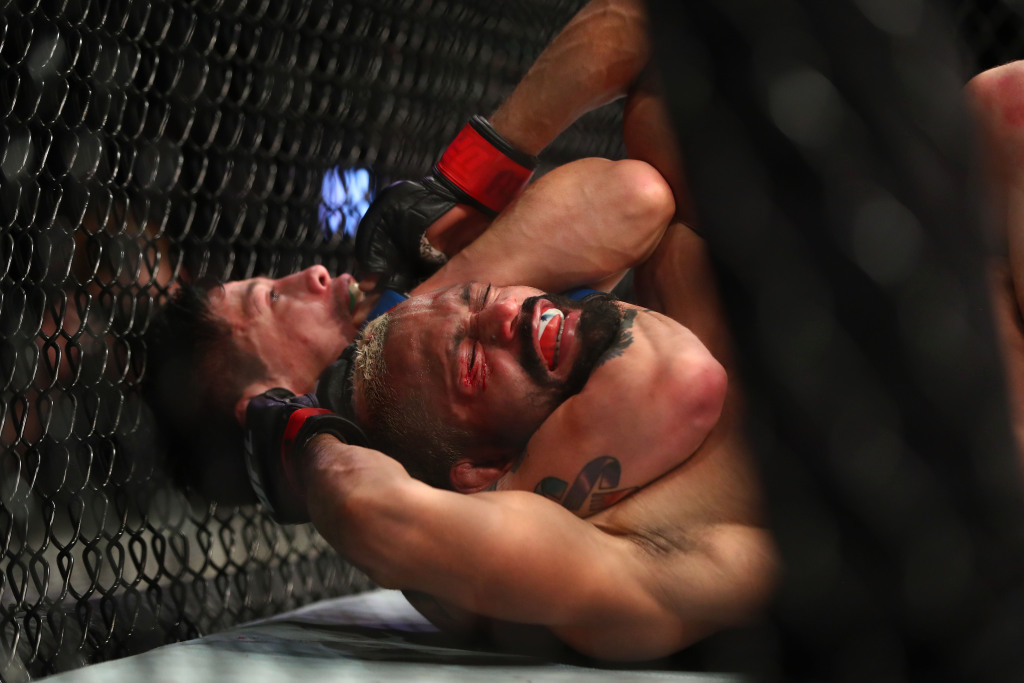 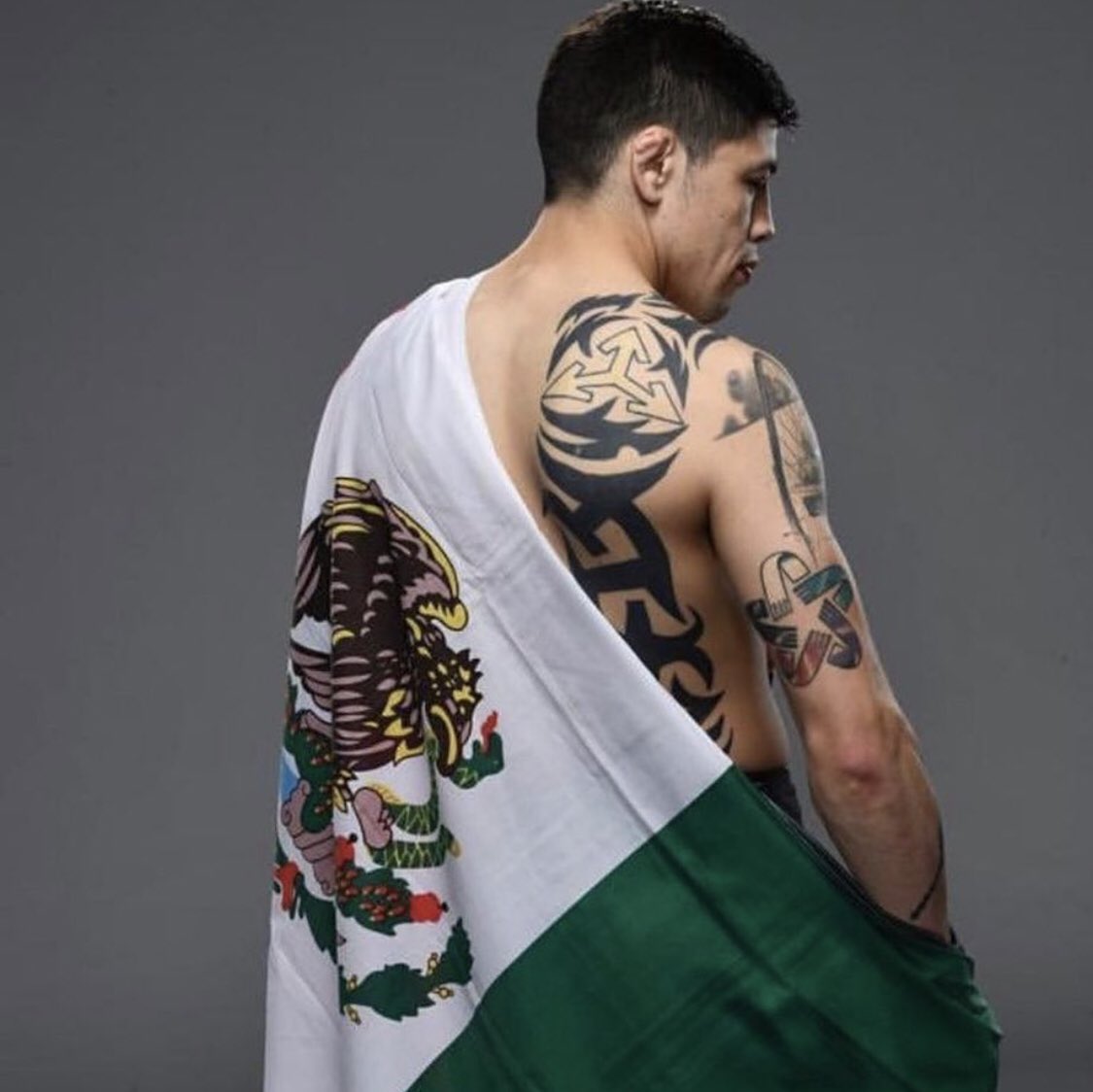 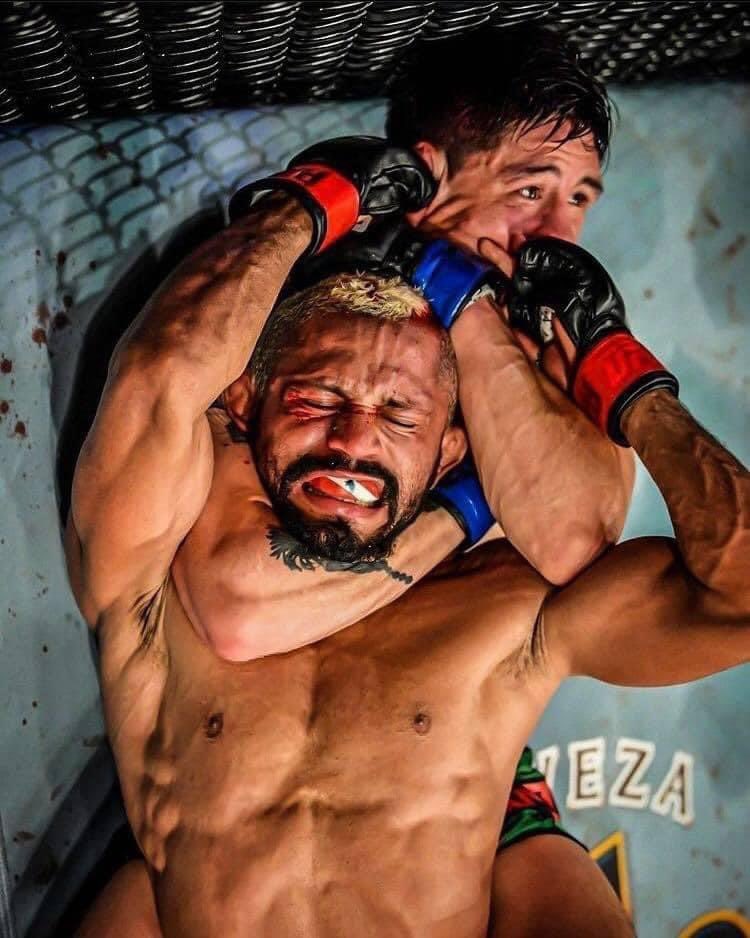 By Adam Martin 5 mins ago