Brandon Urquijo (2-2) is very thankful to Phil Caracappa (4-0) for giving him a rematch at Ring of Combat 62 coming up this Friday in Atlantic City, N.J. This time it will be for the ROC 135 lb., championship. Their first go around was a nominee for MyMMANews Fight of the Year.  Caracappa took home the split decision victory in a very close fight.  It was three rounds of non-stop action.  Mega says… 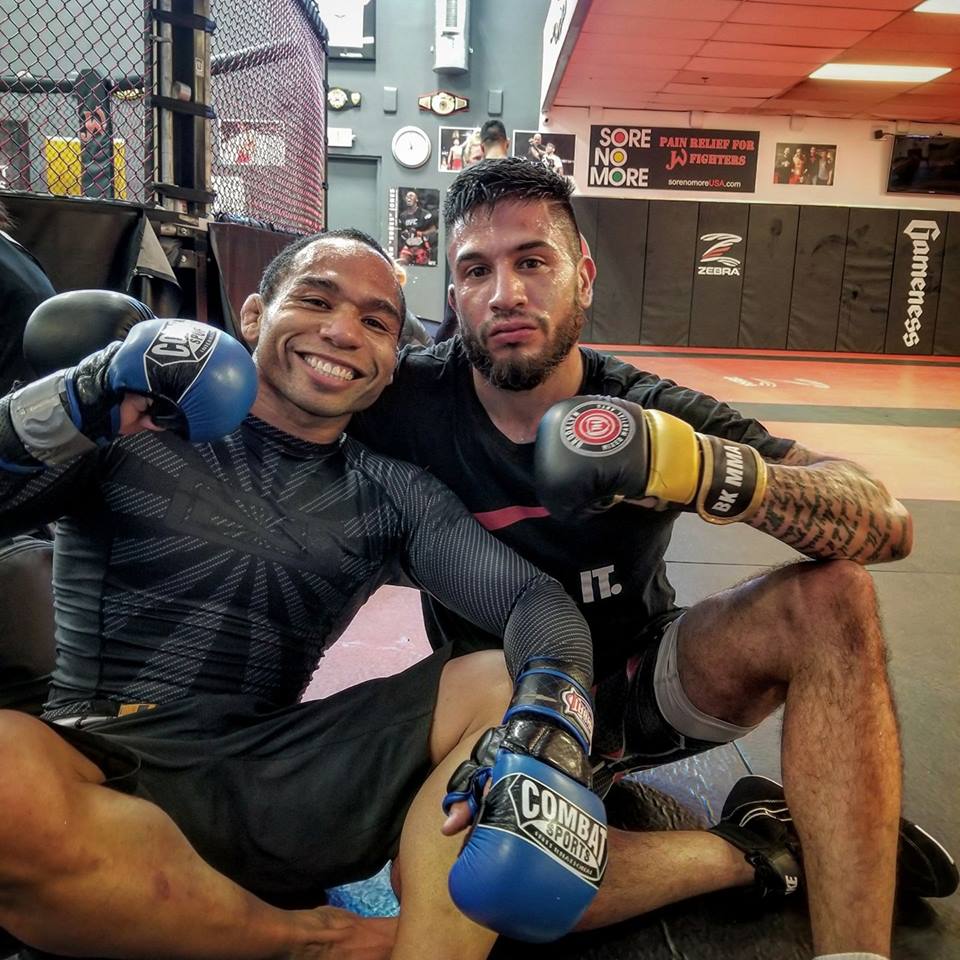 “I do not see myself losing this fight.  I thank Phil for giving me this rematch and I fully expect that after I win the belt, I will see him again and we will have a trilogy.   I’ve never been in better shape. I’ve watched our first fight at least a hundred times. I still believe I took it, but you can’t leave it up to the judges.”

“Mega” Urquijo believes that he has changed things up.  As well as working hard at his home base of Brooklyn MMA with head coach Terry Gold and their ever-growing fight team, he has trained at Tiger Schulman MMA with UFC fighters Jimmy Rivera and Julio Arce. Brandon also just returned from a stay in New Mexico, where he had some of his camp at Jackson-Winklejohn’s.  They also viewed his first battle with Caracappa and helped him to break it down as well as pushed him to the limit on the mats and in the cage.  He sparred every day and lived at the gym for a week.

Urquijo is very stoked to have his chance at redemption against a fighter whom he says he has the utmost respect for.  He believes that Caracappa will make it to the UFC someday, but not before the roadblock that he says he is putting up.  Check out our full interview below.  Brandon loves to talk about the sport and is a very determined individual.  I’ve known him since his amateur days and he has always been a powerful, well-conditioned performer.  I am very excited for this fight between two quality mixed martial artists.

Ring of Combat goes down on Friday March 2 inside the Tropicana Showroom.  Louis Neglia and Dead Serious Promotions have teamed up to continue bringing the best in regional MMA.  We will be cageside for results, photos, interviews, and a full recap

Jamahal Hill demolishes Abreu in one

By Adam Crist 36 mins ago

By Mary Hartman 12 hours ago