Real Catch Wrestling made its long-awaited return at Snake Pit: 2021 Catch Wrestling World Championship. The anticipation was worth the wait, as fans were entertained with hard-hitting no-holds-barred grappling action brought to you by some of the premier talents in combat grappling today.

One’s driven desire and meaning of success Brett Pastore reveal all in this exclusive interview with MYMMANEWS.

What drew you to become a participant in combat sports?

Brett Pastore: I grew up Wrestling, among other sports. Wrestling spoke to me because I was a smaller athlete, and I preferred the individual aspect of it. When I was in middle school, I saw UFC fighters shooting double legs, and I thought, “wow, I do this every day in practice. Maybe I’ll do that ‘cage stuff’ when I get older. ” Currently, I do it because I realize it is the only thing that is real and will not be replaced by something fake. I am a teacher, and in my day job, I realized how our jobs can be entirely replaced by technology and hidden behind Zoom boxes. There is more to life than social media and zoom boxes, and fighting another human is a fresh breath of reality, a nice break from the virtual fakeness of everyday “life.”

Fighting without question will give one a dose of reality. What have you learned about yourself engulfed in the reality realm of fighting?

Brett Pastore: Like most things in life, the sport is 100% mental. I have learned about my own insecurities and how your ego can get shattered pretty quickly. A one-on-one fight in Wrestling, boxing, or whatever can reveal a lot. When you are inexperienced, it is a roller coaster of emotions. From telling yourself you are the best in the world to feeling completely helpless, your mind ping pongs in every which way until you develop the mental toughness to have consistency in your thoughts.

Throughout this growth process, you have had some mentors helping you along your journey. Who has been some of your biggest influences that helped you become the athlete you are today?

Brett Pastore:  I have too many people to thank, from my family to all of the coaches who have dedicated their time and their knowledge to me throughout the years. From high school wrestling to college boxing, to Animals MMA and all of the coaches who have worked with me throughout my career, I am truly thankful. And I am always thankful to God who strengthens me, for, through him, I can do all things.

It seems that you really enjoy what you do. You have competed in various combat sports genres. What makes competing meaningful, which enables you to achieve success?

Brett Pastore: I do enjoy the individual aspect of combat sports. One-on-one engagement in a kinetic chess match until someone mentally breaks, and I think that that is beautiful.

A part of your success was your recent capturing of the Lightweight Catch Wrestling World Championship. You put on a fantastic performance at the event, quickly finishing your opponents and displaying well-rounded grappling skills. Can you share with us your training regime and mindset that allowed you to become a champion?

Brett Pastore: Training for this tournament was unique. I did a lot of positional rolling from back control and leg entanglements, worked with several BJJ black belts, made weekly trips to some really great jiu-jitsu gyms in the area, and did a lot of one-on-one work with my wrestling coach John Marsh. He completely evolved my game in a very short time frame. Since I was working remotely, I was able to train (usually) 3 times per day for this event (6 days per week), including 6 am BJJ classes and weightlifting during my “lunch break” and longer training sessions at nights with a lot of grappling and torturous conditioning. I also accepted an MMA fight immediately after the tournament, so I was also working on my striking, cage control, and ground and pound as well. That fight was unfortunately canceled, just like most of my other MMA fights. Every free second, I had, I take notes on BJJ and wrestling instructional videos to supplement my training. I am thankful to all of my coaches and training partners and everyone who helped me prepare for that tournament. 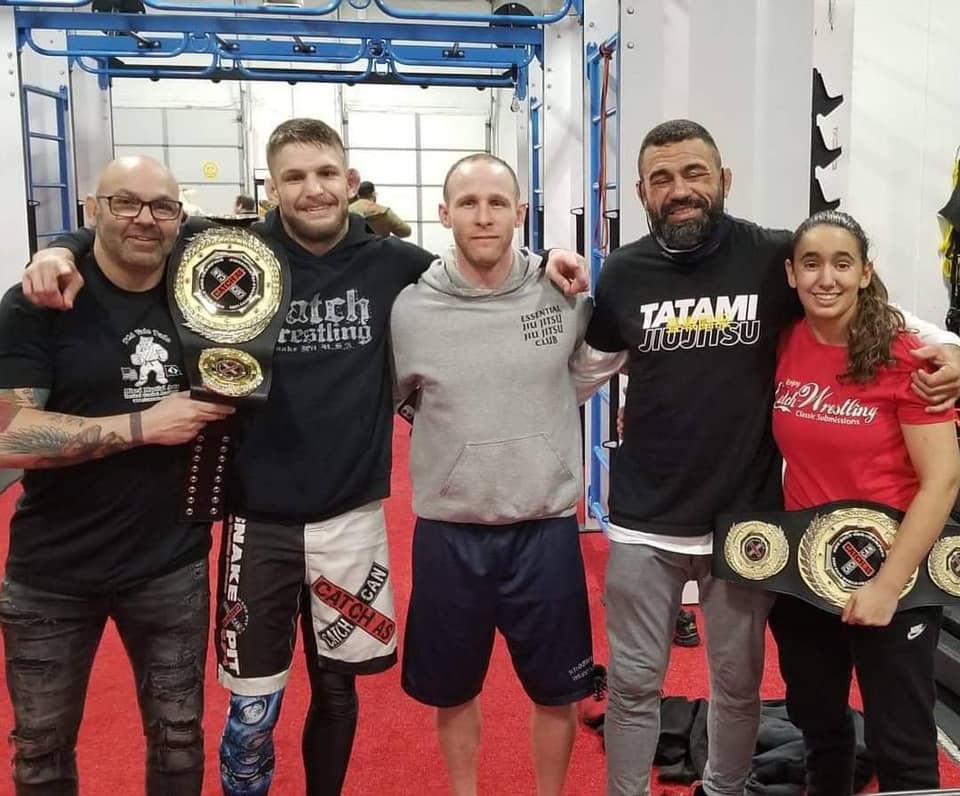 Brett Pastore: Complete obsession with the art form, as well as a fear of losing, and all of the insecurities that every fighter has but very few are willing to look into a mirror and admit. It is important not to tie your self-worth as a human to your success in any field, but in something as real as fighting, it is hard not to. Every day I ask myself, “what have I done with my life? Have I really used all of God’s gifts to the fullest?” At the end of my life, I know I will be able to look back on everything and know I made the right choices and lived up to my potential.

Brett Pastore: Catch Wrestling is a more aggressive form of grappling than BJJ. In Jiu-jitsu, there are a lot of great competitors and fun matches, but you really can be successful by stalling and winning by advantage or overtime. Catch Wrestling is no-gi subs and pin only, and you are warned for stalling frequently. Also, unlike other forms of grappling, there are no illegal holds so that you can get very creative (and violent) with your offense.

Do you feel Catch Wrestling will rise to get more attention that could bring in more competitors?

Brett Pastore: I hope so! If no-gi submission only BJJ continues to gain popularity, Catch Wrestling should as well. Many people don’t know that Catch Wrestling was one of America’s most popular sports in the early 1900s, and I am just grateful to be a part of the mission of Snake Pit USA to return Catch Wrestling to its former glory.

How does being the Catch Wrestling champion drive you in your future goals in combat sports?

Brett Pastore: I don’t believe there has been a Catch Wrestling champion in the UFC, so maybe I would be the first? Winning a fight in the UFC is something I think about at least once a day. That, and winning EVERY championship in EVERY combat sport fathomable while glorifying God all the way, is my plan for the next ten years. I am going to shock a lot of people as I rapidly improve over the next few years and accomplish things nobody thinks are possible.

By Cole Shelton 31 mins ago