Video interview with Calogero Torretta above

Louis Neglia and Frankie Perez must have been in a very generous mood as they sat down to construct the fight card for Ring of Combat 77.  ROC will be awarding four new championship belts on September 9th at the Tropicana Hotel and Casion Resort in Atlantic City.

Sergio DeBari (5-2) will take on Nekruz Mirkhojaev (5-3) for the vacant ROC featherweight strap.  The also vacant welterweight belt will be on the line in a monster match-up as Troy Green (4-1) tries to stop AT McCowin (5-2).  In the co-main event, Phil “the Hitman” Caracappa (9-2) defends his bantamweight gold against the very tough Suhrob Aidarbekov (5-4).

In the main event, the vacant lightweight championship will be decided as dangerous striker Cedric Gunnison (4-1) will welcome Lenny “the Gorilla” Rufati (5-5) back to NJ as Rufati has been fighting closer to his Wisconsin home in his last four contests as he has relocated there from the east coast and now trains out of Roufusport MMA. The Gorilla is moving back down to 155lbs for the championship opportunity, and he will also have tons of support in the stands from his fellow Albanians.

The fight card also features some other interesting matchups with some of the best young talent in the region.  Christian McAuley started fighting in 2021 and the 23-year-old bantamweight has gone 3-0 as an amateur and now moves into his pro debut where he will encounter Calogero Torretta.  Torretta made his pro debut at ROC 76 in May.  I scored his fight as a win, but the judges disagreed, and the fight was ruled a draw.  Torretta went back to work at Nick Catone MMA and couldn’t wait for another chance and now it has nearly arrived.  As fight week approached, I reached out to Calogero to see how his camp went and how he felt about his fight.  He says…

“Christian McCauley is young, 22 or 23 years old, but he’s tough. He comes forward.  Comes in a straight line and tries to knock people out.  He’s a finisher. He actually fought a good friend of mine as an amateur and he beat him.  That’s kind of why I asked for this fight to be honest. To get revenge back for my gym.  This fight is happening because of me.  I’m going to represent Nick Catone MMA and we will be victorious.”

Please check out our interview on the link above.   Colagero fills us in on camp and some of his favorite meals. I will be cageside on commentary at ROC 77 along with BJJ wiz, Jay Regalbuto.

Ring of Combat is brought to you by Louis Neglia and Dead Serious Promotions.  They have just signed a new broadcasting deal and on September 9th at 8:30 pm ET we will be live on Airy.Tv via Maybacks Global Enterprises.  If you can’t make it to Atlantic City, download the app and watch for FREE. 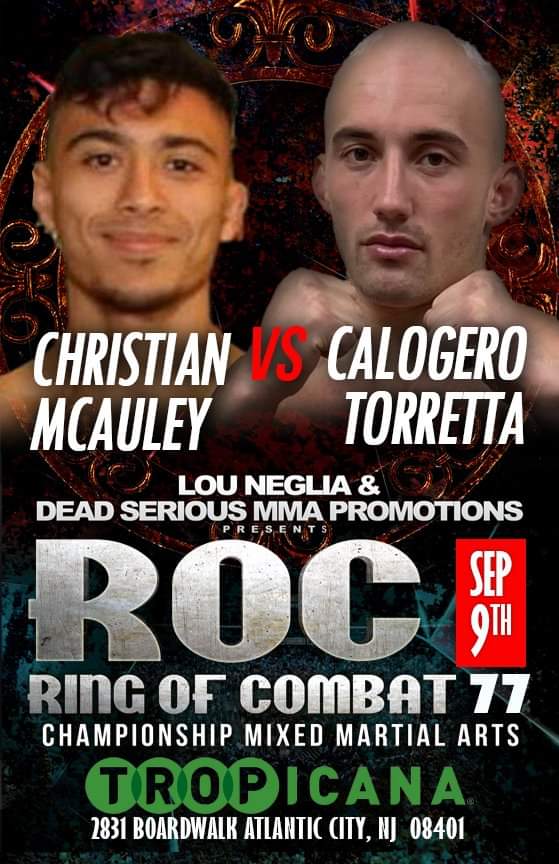 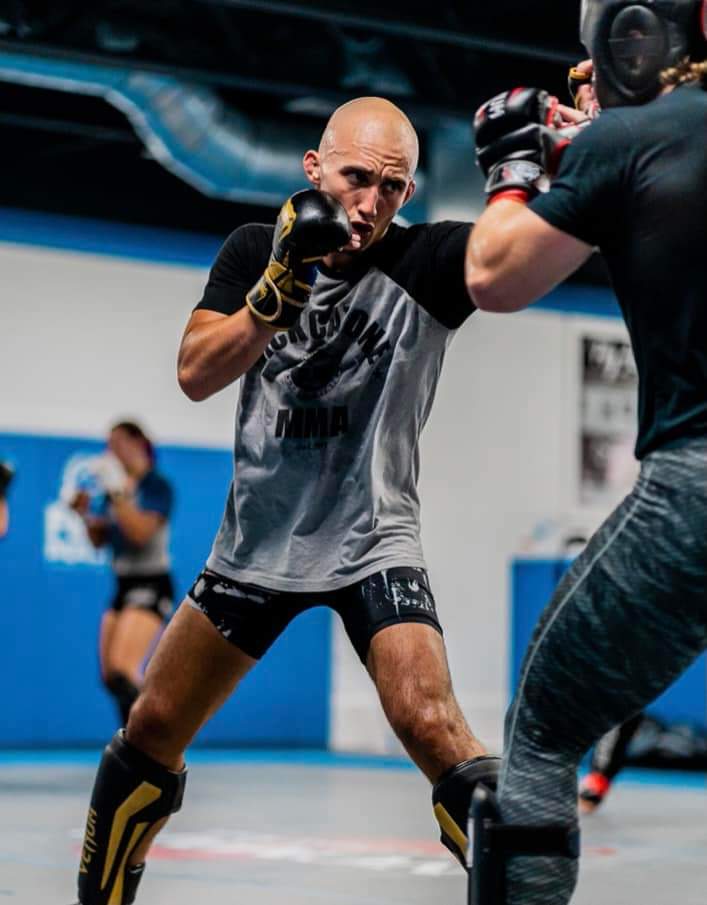