Warrior Xtreme Cagefighting 77 was originally set for March 27, when crazy circumstances led to the event being postponed. Rescheduled for this Wednesday (April 27), Chris Brown talks about how he’ll capitalize on the opportunity to take on UFC and Rizin vet Daron Cruickshank.

Brown says that Cruickshank has a style he’s every familiar with and he’s very prepared for.

“It’s going to be exciting. I don’t think he throws as much karate stuff as he used to,” Brown said. “Now that he’s over in Japan, I’ve been watching his Rizin fights. He’s been fighting a lot over there. He’s turned to more boxing, like he does a lot of boxing. Him and Holly (Holm) have a similar style, a very similar style from what I been watching. From his UFC days he use to throw a lot more kicks, a lot more fancy kicks and stuff like that, but the videos of him in Rizin, he’s not as fancy with his stuff. He’s more of trying to knock you out with his punches. So, I think the style match-up is great for me. I’ve seen his style for a few years now with Holly (Holm). They do the exact same things. You know, a flurry of punches ending with a kick and all that stuff. I’m the taller fighter. I’m the bigger fighter. I know people look at the picture and see that from the poster, that he looks a lot bigger than me on the poster, but that picture was while I was cutting weight. I just sent in, an old picture from cutting weight and his was all Japan. You know how they do over there.”

Brown is well aware of the criticism and comments from naysayers, for being so bold as to face a UFC vet with 33 fights under his belt, in his home town.

“People say I’m crazy and people are going to be shocked when they see this fight.  Like what the hell. He’s not a better grappler than me. I know that for sure. I think he has 11 losses and eight are by submission. He just lost his last fight; I think he got guillotined in the first round or something like that. I did another interview and they’re like, ‘are you gonna try to out grapple him and take him to the ground and finish him, cause that’s where he usually loses.’ I’m like, ‘you know, I’d love to grapple. I’m going to use my grappling, I always do. But he doesn’t think I can stand with him and people are gonna be very surprised.’” 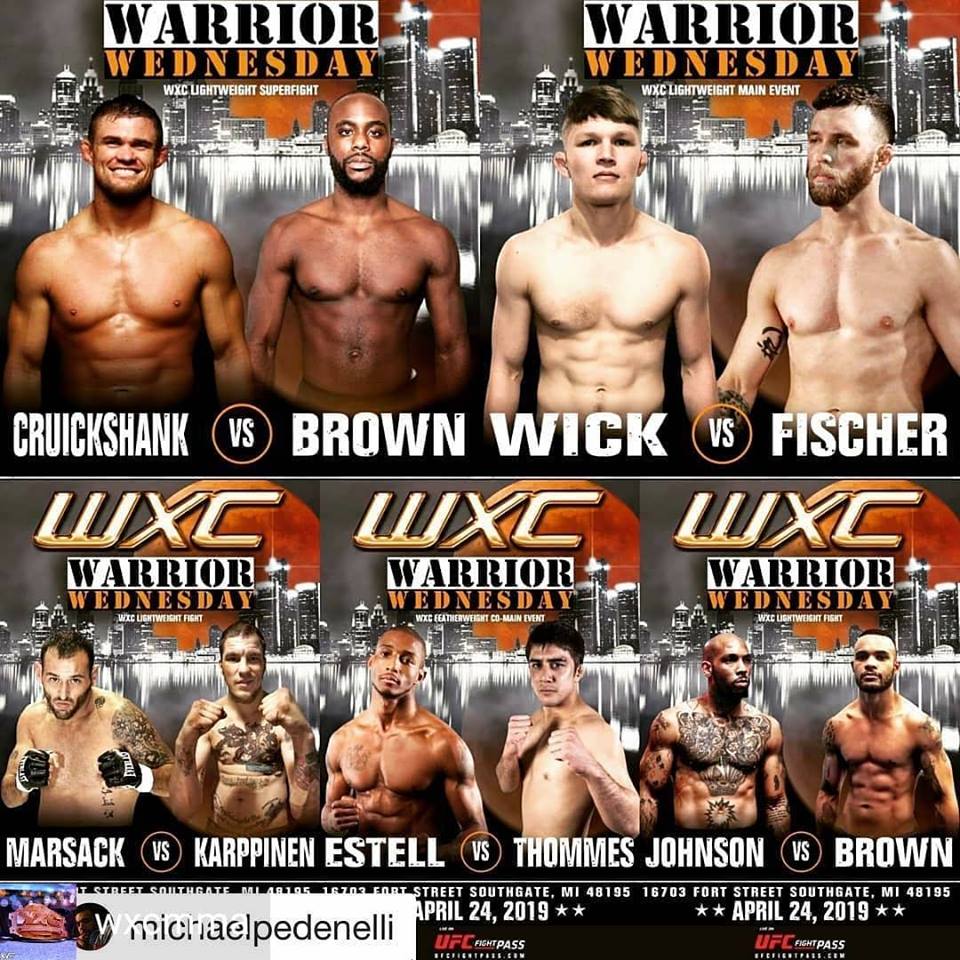 By Connor Northrup 19 mins ago