Martinez BJJ Heavyweight Chris Daukaus has been unstoppable for more than the last two years.  He has five straight wins including four consecutive knockouts with three of them coming in the first round.  His next challenge is undoubtedly the biggest of his career.  The full-time police officer for the City of Philadelphia, will enter the cage to take on an icon in the PA/NJ MMA community.

Azunna (ZU) Anyanwu has a stellar 14-5 record and made an appearance in the UFC for his last fight back in September of 2017.  After taking a fight against Justin Ledet on short notice, Anyanwu was not given a chance to seek redemption in the UFC and will be returning to his roots at CFFC.

These two heavyweights know each other very well.  Daukaus has trained with Anyanwu in previous camps to get ready for fights. Both from Philadelphia, their camps are very familiar with one another.  They are unquestionably the top two big men in the PA/NJ regional scene.  It’s a fight that I hate to see because I have a long history in and out of the cage with both men, but this is a fight that HAS to happen.

I stopped into Northeast Philadelphia to chat with Chris about his biggest test ever and becoming a new father for the first time.  Please check out our video interview above.  They will fight at Parx Casino at CFFC 73 on March 2.  Both of these gentleman have one punch knockout power. It should be a fight for the ages.  They better make sure the cage is reenforced before this one. 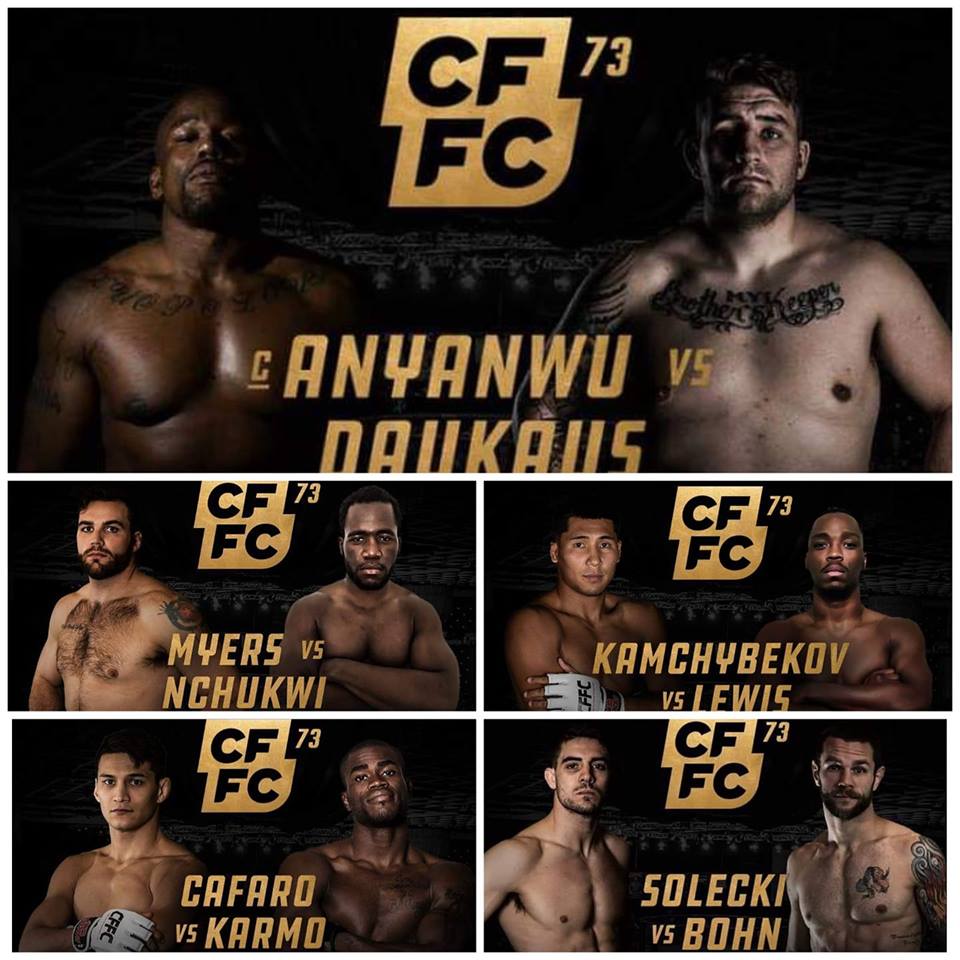