Colby Covington isn’t afraid to speak his mind when it comes to political issues and on Wednesday night he had a lot to say about Dallas Mavericks owner Mark Cuban.

Cuban recently made a decision to remove the national anthem from playing before his team’s home games. He told ESPN that his organization has no problem playing the anthem “at all,” and that the decision to not do so to this point in the season was the product of ongoing conversations with members of the community who felt the tradition “did not fully represent them.”

His movement didn’t sit well with the NBA, who released a statement on Wednesday reiterating its long-standing policy that “all teams will play the national anthem.”

“Can’t play The National Anthem and can’t say FREE Hong Kong, but you could customize the back of your official @dallasmavs jersey ALL summer long to say: ‘KillCops.’” Covington wrote. “@markcuban and the @NBA are absolute trash.”

Can’t play The National Anthem and can’t say FREE Hong Kong, but you could customize the back of your official @DallasMavs jersey ALL summer long to say: “KillCops.” @MarkCuban and the @NBA are absolute trash. https://t.co/rgwb3EjDtz

Covington speaking out against the NBA isn’t something new. In August, Covington ripped into the league for postponing games after players protested the police shooting of Jacob Blake. He also went after NBA superstar LeBron James in that same incident.

The former welterweight title challenger has always been vocal for his support of police, the military and his love for his country. Covington was a big advocate for former President Donald Trump. When he won his interim title he became the first UFC fighter to bring a championship to the White House. 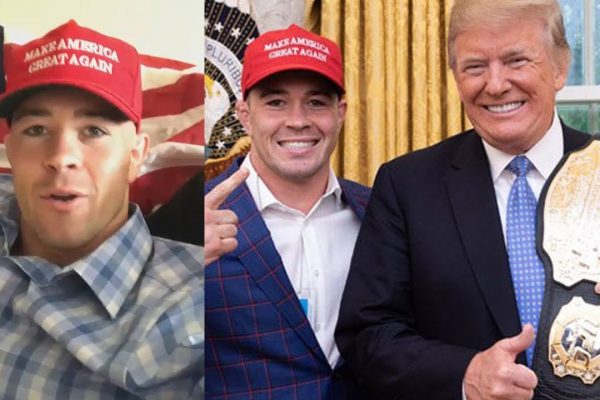 Covington last competed in the UFC in September at UFC Vegas 11 where he picked up a win over former welterweight champion Tyron Woodley.