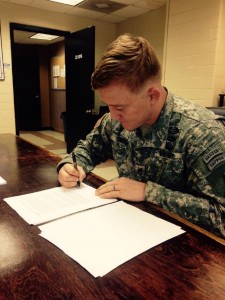 Smith, who gained notoriety by winning the 16th season of the Ultimate Fighter, will make his debut with the promotion at WSOF 24 against Brazilian prospect Washington Nunez de Silva on October 17 at the Foxwoods Resort Casino in Mashantucket, Connecticut.

“It’s a tremendous honor to be given this opportunity by the World Series of Fighting,” Smith said. “Since their inception (in 2012), the promotion has grown to be one of the top promotions in Mixed Martial Arts, and I look forward to doing big things and continuing to grow under their umbrella.”

After leaving the UFC in 2014, Smith rebounded with big wins over Evan Cutts and Marcus Andrusia. He feels his wins over a pair of quality opponents, along with his time inside the UFC, have allowed him to grow and prepared him for the next chapter in his Mixed Martial Arts career.

“I have absolutely no regrets about my time in the UFC,” Smith said. “I feel that my time in the Octagon helped me grow exponentially and gave me a firm understanding of what steps I need to continue to take in my MMA journey. I felt that some of those lessons served me well in my last two fights and picking up those wins over two tough and highly skilled opponents (Cutts and Andrusia) have fully prepared me for my next chapter; as a member of the World Series of Fighting roster.”