Once again, Dana White’s Tuesday Night Contender Series returns to the UFC Gym in Las Vegas and can be streamed live on UFC Fight Pass.

The card is stacked stop to bottom to include a fight between Pennsylvania’s top ranked lightweight Mark Cherico taking on Mike Santiago.  Cherico, who hails from Pittsburgh was looking not only a win and UFC contract, but also a quick turnaround that will put him on the upcoming UFC Pittsburgh fight card next month.  Unfortunately for him however things did not go his way and Santiago will get a UFC shot. 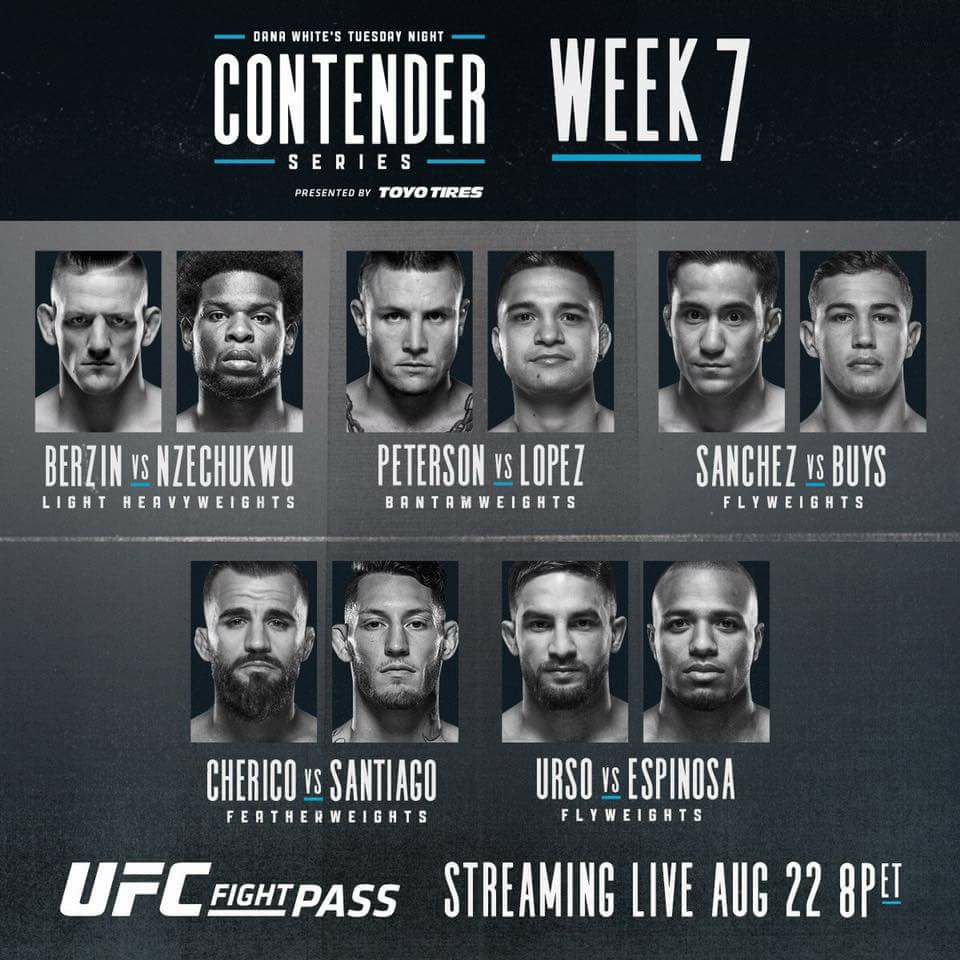 By James Colwell 18 hours ago

By Brian Jensen 18 hours ago