The vacant LFA Lightweight title is on the line in the main event of LFA 64 with DeMarques Jackson battling Harvey Park for the belt, and even though Jackson believes Park is tough, the Atlanta native sees himself as his main competition.

Your last couple of fights, you’ve fought for Titan FC, LFA, and Bellator. Do you feel like you’re on the cusp of breaking through?

“Yeah of course. Look at the guy I’m fighting, Harvey Park. Look at his fight versus Austin Hubbard. Pat (Miletich), he had it going into the third round, Austin up two rounds, and he (Harvey) ended up losing a decision, but just look at that (fight). That (fight) will tell you about the competition level throughout the board. Like a lot of guys are on this level. They’re not going to tell me I’m not on that level, just cause I’m not in the UFC. Just because I haven’t got the chance. I see a lot of the guys in the UFC are bums. I see a lot of guy in Bellator are bums, that I’ll smash. I know I’m on that level.”

Do you feel like Harvey Park is on that same level?

What do you feel Is the biggest challenge Harvey Park presents in this chess match?

“No one’s bringing a challenge to me. I am a challenge against myself. I don’t go out there and look at an opponent or what they do. I’m trying to perform better than my last fight, that’s my goal. You know, my last fight I finished early and I’m trying to outdo my last performance. Every time I fight that’s what I’m trying to do. I don’t really look at my opponents and try to break them down. It’s all about me.” 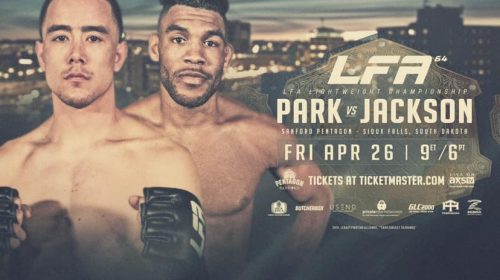 Jamahal Hill demolishes Abreu in one

By Adam Crist 39 mins ago

By Mary Hartman 12 hours ago