Former UFC bantamweight champion and top-ranked bantamweight contender Dominick Cruz will look to make another run for the title as he takes on the number three ranked Jimmie Rivera at UFC 219 in Las Vegas, December 30.

It will be one year to the day when Cruz steps back into the octagon.  The last time he competed was Dec. 30, 2016 when he lost his title to current champion Cody Garbrandt via unanimous decision. The loss was a first for Cruz since WEC 26 in March 2007 against Urijah Faber. 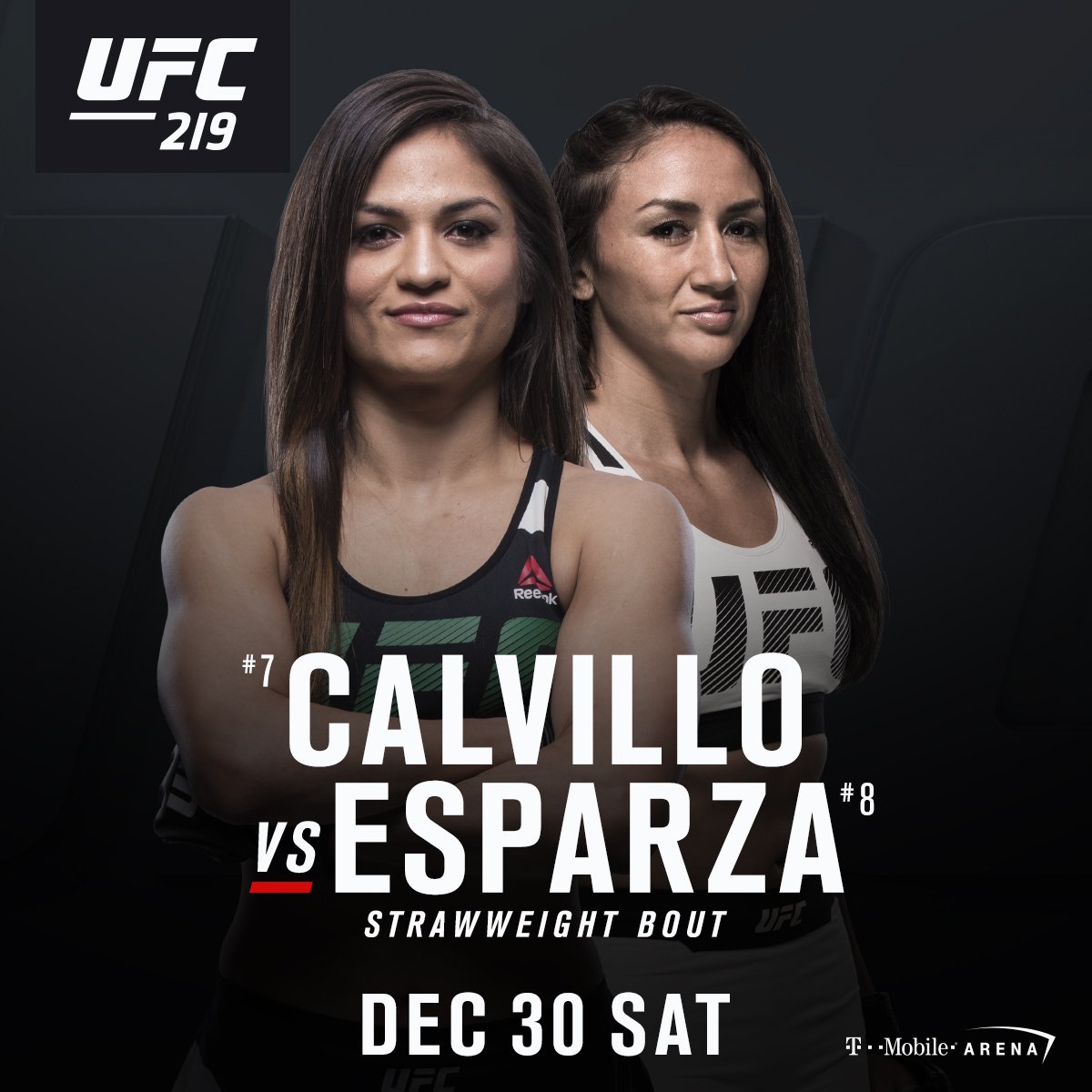 Rivera also has not lost in roughly 10 years.  His last loss came at Ring of Combat 22 in November 2008.

Since coming to the UFC Rivera has won five straights to include a win over the man who gave Cruz his last loss.

Esparza currently sits at the number eight ranking in the 115-pound division while Calvillo edges her out by one position at number seven.

Esparza was the UFC’s first female strawweight chamion after winning season 20 of the Ultimate Fighter.