Douglas Lima is approaching another chance at promotional history at Bellator 250 on Thursday, Oct. 29.

Lima could become the fourth Bellator fighter to win titles in multiple weight classes with a win over Gegard Mousasi in the main event at the Mohegun Sun Arena in Uncasville, Connecticut.

Lima most recently claimed the Belaltor welterweight strap for the third time by defeating Rory MacDonald via unanimous decision at Bellator 232 in October 2019.

Mousasi is coming off a split decision win over Lyoto Machida at Bellator 228 in September 2019. He lost the middleweight title back in June 2019 after suffering a majority decision to Rafael Lovato Jr. at Bellator 223. 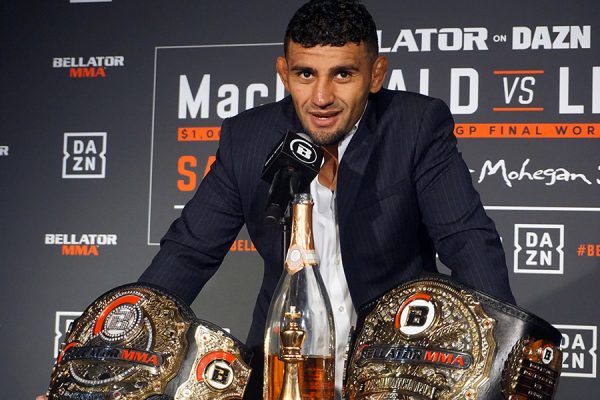 On Tuesday, Lima spoke to MyMMANews and other media outlets at Bellator 250 virtual media day. You can see his full media day press conference in the video above.

The full Bellator 250 fight card is listed below: