A move down to featherweight may be in the near future for current UFC lightweight Drakkar Klose.

It all depends on the outcome of his upcoming lightweight bout with the former 145-pound contender Jeremy Stephens at UFC on ESPN 22, Saturday, April 17. The idea of moving down is just a few days old for the 33-year-old, but it makes all the sense to him.

“If I go out there and do what I think I am going to do to him I might drop down to 45,” Klose said.

“I’ve been comfortable doing what I’ve been doing for so long. Maybe it’s time to switch it up and see the way things play out.” 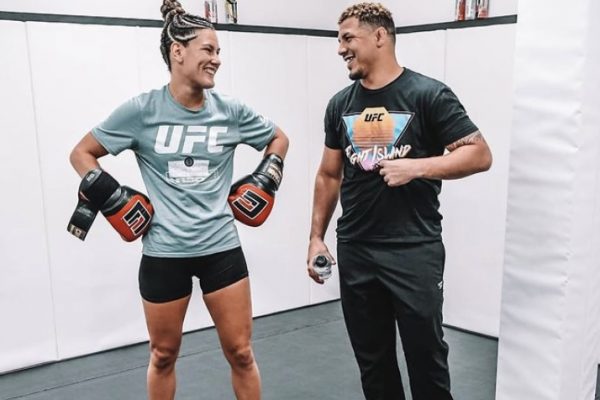 Doing something new in an ongoing 10-year long MMA career is intriguing to Klose. He spent his entire professional career at lightweight and compiled a 5-2 record in the UFC’s 155-pound division.

Klose is tired of the politics surrounding the 155-pound talent pool. He is specifically unsure why fellow lightweight Charles Oliveira is still without a title shot despite currently being on an eight-fight win streak.

Since Klose is yet to crack the list of top 15 UFC lightweights, he sees featherweight as his quickest path to UFC gold.

“If I go down there, two or three wins, I could be fighting for a belt,” Klose said. “Compared to 55, who do we got? We got Charles Oliveira, what’s he on? A seven to eight fight win streak. He’s not even brought into the conversation. Or I could leak a sex tape and get a million followers and then maybe I can fight for the belt.”

Give it a shot

His decision to make the drop all falls on April 19 according to Klose. Stephens returns to the UFC’s lightweight division after spending over eight years at 145 pounds.

Since dropping down to featherweight in May 2013, Stephens went 8-9 with one no contest. His last victory is a second-round knockout over Josh Emmett, who is currently pegged at No. 10 at 145 pounds.

Klose is confident a win over Stephens is the kind of statement he needs to show he belongs at featherweight.

“Because if he’s [Stephens] down there and doing his thing down there, right now my weight is low because of my last fight. I think I can make it,” Klose said. “I have never even got close to making it, but now I am a little bit smarter. I am not just eating junk food and doing stupid stuff like I use too. I’m a little bit more disciplined. I might drop down to 45 and try to give that a shot.”

By Edward Carbajal 45 mins ago