After an incredible battle with Bellator MMA featherweight champion, Patricio “Pitbull” Freire, Emmanuel Sanchez is back on the main event marquee, looking to earn a second victory over Georgi Karakhanyan in the main event of Bellator 218. The decision of Bellator 209 may not have went in favor of “El Matador,” but strengthened his conviction that greatness is achievable.

What were your feelings coming off the title fight not turning out how you planned?

“You know the only thing that didn’t go as planned is not having that belt around my waist now and having that actual title behind my name world champion. I’ll be real it sucks, it was heart breaking. I’m going to watch my language here, but when I was just in the hotel all I could say was the F-word, repeatedly, that’s all I thought of. But I have to just use it as motivation and like Batman, why do we fall? To pick yourselves back up. It’s a hunger and a desire, I see it as God’s plan. It only made me hungrier and more motivated to go out there. It made me mature.”

“I’ve learned a lot, grown, and now I’m excited to showcase what that fight taught me. I had to learn for myself, to go out there and get the performances and the finishes I really want.”

You look back at the fight with “Pitbull,” do you have positives you can take away?

“Yeah, I wanted the rematch, looks like they didn’t want that. They weren’t in a rush to fight me again. I was hoping they would lock that up right away, that’s what my management, and Bellator said they were looking forward to doing too; but alright he got a bigger better fight in his eyes with Michael Chandler. That’s fine God bless. He’s going to be absent for a while. Right now, I see myself as the number one guy. So, I need to go out there and cement myself as the number one guy and the best guy in the world outside of the champion, because the champion fears me. So, I want to make sure everybody fears me.”

“The positives are here I was thinking this is the toughest, baddest dude and for being the toughest, baddest dude, I thought he’d be harder to hit. I thought he’d hit harder. He said he was going to finish me, kill me; that’s what they all say. But, they’ve yet to show me anything. I have to take all those things and use them as hungry motivation, that these guys want to kill me, ok, good. I’m coming to get you too. Let’s see what you got homie, I’ll meet you in the middle, you know what I mean. Don’t run away from me and don’t try to hold me down or against the fence. Let’s see what you got, you know. I’m hungry and motivated. I’m a man who not only hungers for the title and the belt and the gold and all that. It’s the victory. It getting my hand raised. To the victors go the spoils. I want my hand raise more than anything. I want to know that all my hard work, my sacrifice, my dedication; the time that I put in everything, that I’m struggling and suffering for is worth it. I want to have my hand raise I want to know that this guy will never forget me again, because I put it on him, I’m looking to do the same thing again to  Georgi Karakhanyan Friday night.”

Full interview is at the top of the page. 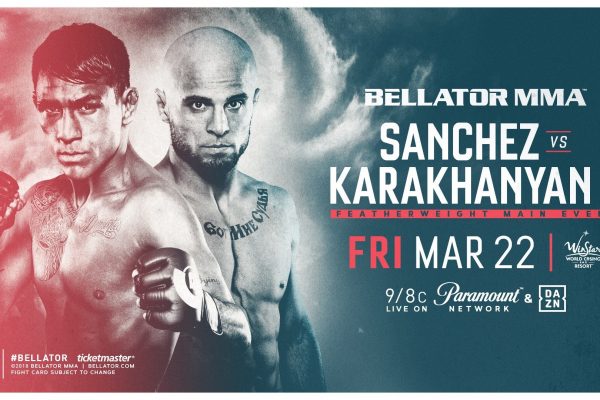 By Andrew Sumian 15 hours ago