Most of us know Jason “Mayhem” Miller through his stint in MTV’s reality TV series “Bully Beatdown.”

….Or maybe more recently from his shameful interview on Ariel Helwani’s “MMA Hour” where he ruined the set and walked off on the set. Or maybe his SWAT Team  standoff a few years back which involved multiple gunmen, ending in arrest and more bad news for Miller’s post UFC career. (UFC record 0-3) 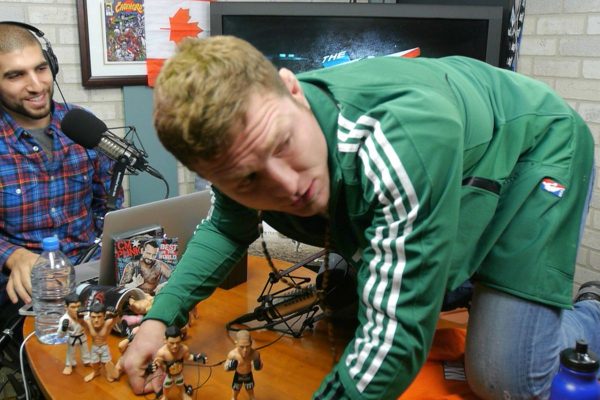 But in the last few months “Mayhem” has been popping up in interviews and podcasts looking happy, healthy, and breaking down the current landscape of MMA with what would seem like a keen and sober eye.  One such interview was with Helen Yee of “Eyes on the Game.”

Miller gave big credit to both Kamaru Usman and Colby Covington for their recent welterweight title fight, saying “I don’t know how stoked the public would be… but I’d like to see a rematch.” And if UFC decides to go with a different opponent Mayhem thinks “It would be a shame for them not to push Usman and really see what he can do.”

Though it seems unclear if Miller is planning a return to MMA in the near future, it is more than relieving to see his name pop up without “arrest” or “golden shower” next to it. And here’s hoping there is still a glimmer of hope that we finally see the infamous feud between Jason “Mayhem” Miller and Nick Diaz resolved in 2020. A matchup fans have been dying to see for over a decade.

Miller, 24-10, last competed professionally at Venator FC 3 in Italy on May 21, 2016.  He was submitted in the second round by Mattia Schiavolin. “Mayhem” was supposed to fight Luke Barnett on the card but Miller missed weight by an outstanding 24 pounds.

By John Eric Poli 40 mins ago

By Andrew Sumian 4 hours ago

By Pat Donohue 5 hours ago