King of the Cage will hold KOTC: Pure Vengeance this Saturday, February 1, from the Chinook Winds Casino in Lincoln City, Oregon.

The night’s co-main event feature pairs Thai Kitten (4-0) of Elevation Fight Team up against Danzig MMA’s Angela Danzing (2-4). This mathchup will take place in the atomweight division of 105-pounds.

Anaheim, California’s Chris Quiroga (3-1) and Lincoln City’s own David Converse (3-0) will duke it out at 125-pounds for the promotion’s vacant Jr. Flyweight title.

Doors open at 5pm. and fights start at 6pm. Reserve seating and Ringside tickets are on sale now. For more information or to purchase tickets, visit www.chinookwindscasino.com or call 1 (888) 624-6228.

Former UFC fighter Nate Quarry will be at the event signing autographs and selling merchandise. 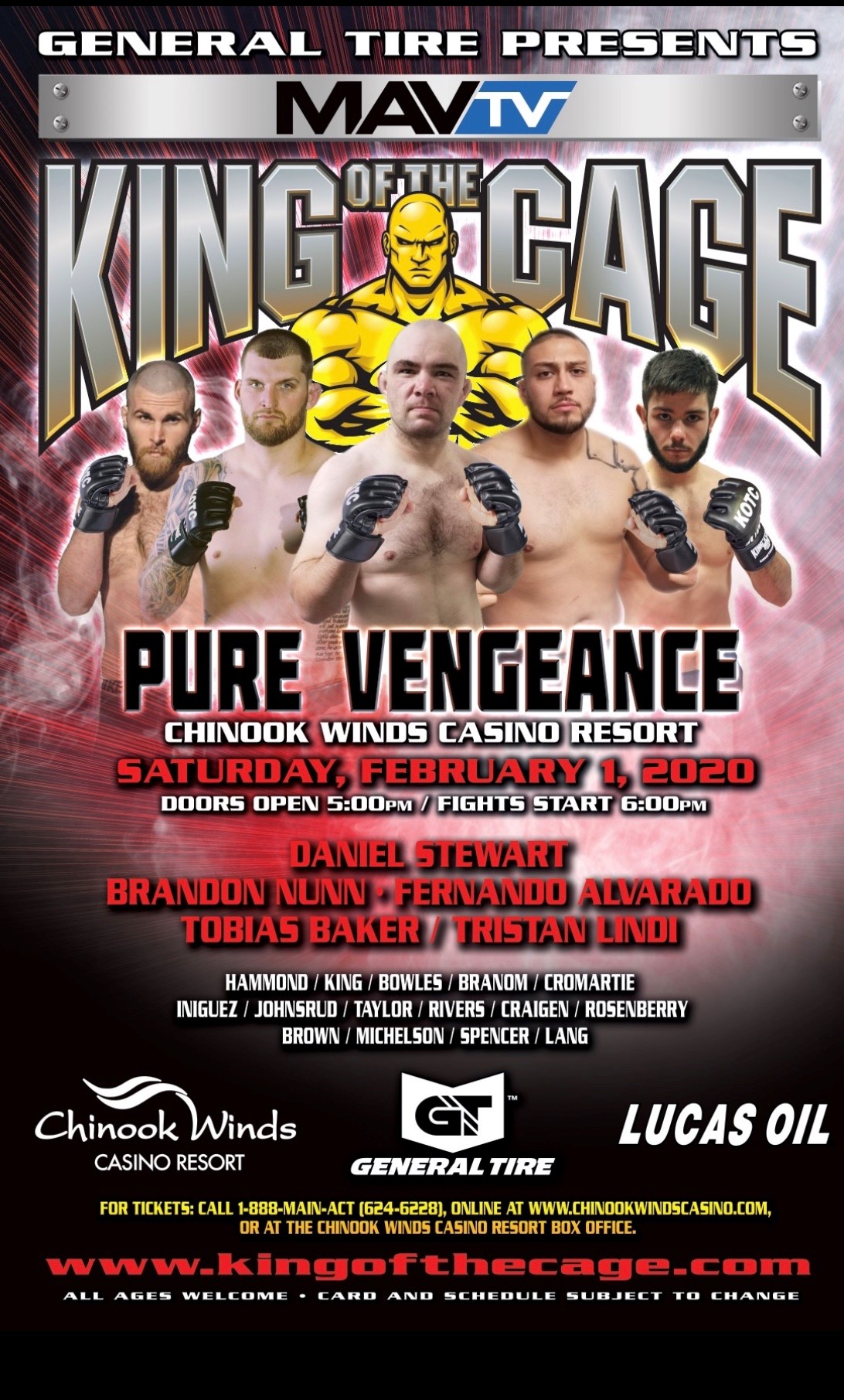 By Drake Riggs 17 mins ago

By Mike Wright 16 hours ago

By Pat Donohue 22 hours ago

Julius Anglickas Gets Chance of a Lifetime as the Grand Prix Alternate Replaces ‘Rumble’ Johnson in BELLATOR 268 Main Event Against World Champion Vadim Nemkov on Oct. 16