Natan Levy has excelled at every level of martial arts he has attempted during his martial arts journey. Starting with karate in Israel and then moving to Las Vegas to become a mixed martial artist. He has since won jiu jitsu competitions and more importantly all of his mixed martial arts fights. Most of them by finish, but his last opponent wouldn’t be finished, in fact Henry Barahona gave Levy his toughest test yet.

“Definitely against the toughest guy.”

In one of his amateurs fights which went to a decision (which he won), Levy gassed himself out but it was a lesson learned. In the first round of his fight against Barahona, Levy recognized his toughness and learned from his previous mistake to ensure he didn’t suffer a worse fate as a professional.

“I think this time, I was more experienced, more focused. It was a very tough matchup but I was still focused enough, lucid enough to know when to calm down a little bit, regain my strength and when I can go again.”

In fact, Natan Levy truly showed how tough he was because early in the fight, Barahona broke his nose. He knows that he lost the first round but felt confident that he was putting himself in good positions by attempting submission after submission. The biggest lesson he learned is that he has to be able to chain his techniques together and to know when to make adjustments.

“I have my attacks and my defenses and now it’s time to chain them more. And also the fight was going my way on the feet and I went for the takedown because while I was flurrying at him, you can barely see it but he punched me and I think that’s when I broke my nose. I thought the easier path would be to take him down but it wasn’t. Maybe (I need) to read the fight better and if something is going my way not to look for…I can’t say something new but it was like an inexperience move I did, when I was fine on the feet and took it to the ground. I think I shouldn’t have, I think I should’ve kept it on the feet for three rounds.”

The Syndicate MMA product also learned that how well his coaches know him. During a break between one of the rounds, one of his coaches noticed Levy staring at the cage instead of listening to their instructions, so he slapped him and brought him back to focus. Levey says it won’t become a tradition, but he knows his coach will always do the right thing for him.

“I’m pretty cool all the time, during the fight I’m pretty cool. So sometimes its good if I need it, my coach wakes me up a little bit.”

Now Levy is taking those lessons and looking to apply them on June 7 when he faces fellow undefeated fighter Frank Meno at LFA 69. The Israeli fighter is one who like to watch his opponent’s film, and though there isn’t much film available on his opponent, he believes after watching what he could find that he has a few advantages.”

Levy 🇮🇱 VS Meno 🇬🇺 Undefeated vs undefeated 🤜🏼🤛🏼 June 7th, Live on @AxsTVfights 📺 I'm very excited to once again be on the main card of one of the world's top MMA promotions @LFAfighting This is the biggest challenge I've ever faced but my team and I are putting in the work to come out victorious! Would really appreciate it if you could make it to the live event to support me in battle! To purchase your tickets go to lfatix.com Choose the event #LFA69 and Natan Levy as your fighter. Thank you! 🙏🏼

“Speed, I think I’m going to be the faster man in there. Accuracy, I think his punches are very strong but inaccurate. I rather hit you with a one-pound hammer right on the chin than with a ten-pound hammer and miss. Technique, I think I’m the better fighter, I think he has some physical attributes that will help him in the fight but I think the key to winning the fight is mental, your mentality but also in your technique and your game plan and then only comes the body. So I think I will dominate in those two, mentally and technically and he might have the last one but not all of it.”

Natan Levy see’s the fight playing out on the feet after defending takedowns from Meno as well as an early, aggressive storm from his opponent, then get the finish.

“I think I’m going to knock him out in the second round or submit him in the first.” 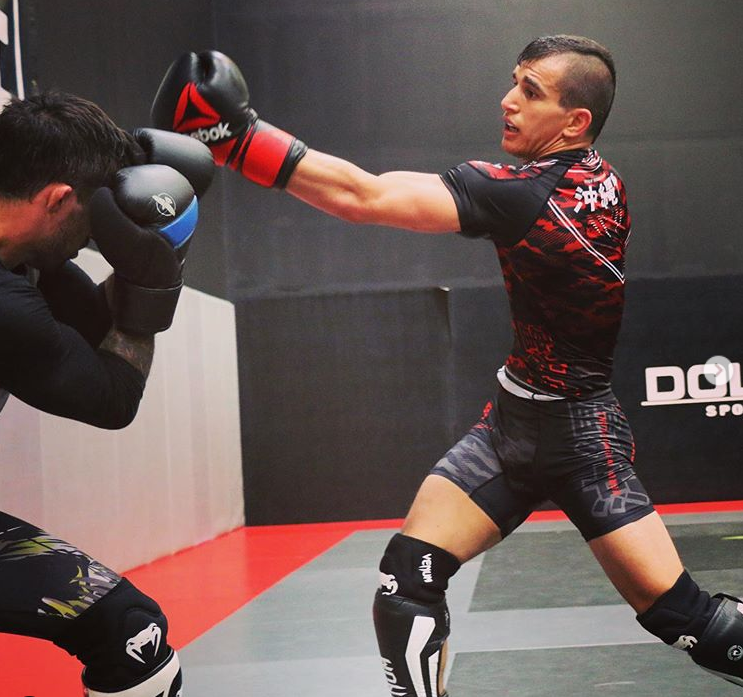