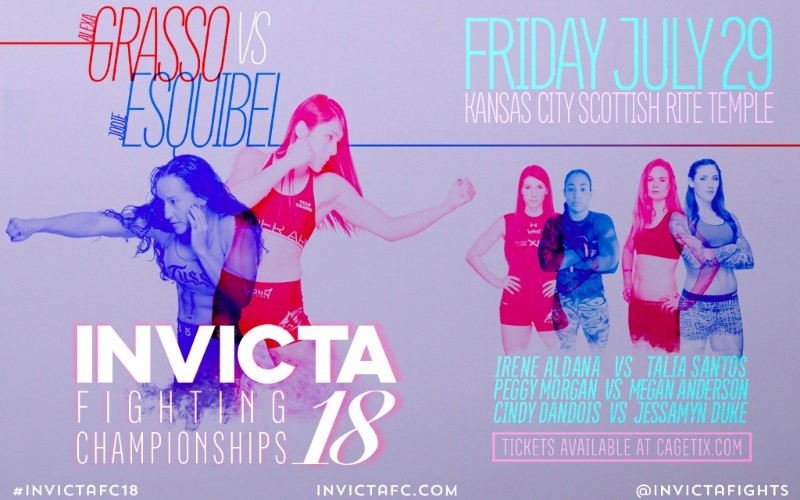 The seven announced bouts for Invicta FC 18 can be found below:

Additional bouts for Invicta FC 18 will be announced at a later date.

By George Glinski 4 hours ago