After a successful debut event in September, Iúr Fighting Championships returns to Newry, Northern Ireland this Sunday 21st November. The all-amateur event is expected to be a showcase of up-and-coming talent from MMA clubs nationwide, and it can be watched live on PPV from 1.30pm. 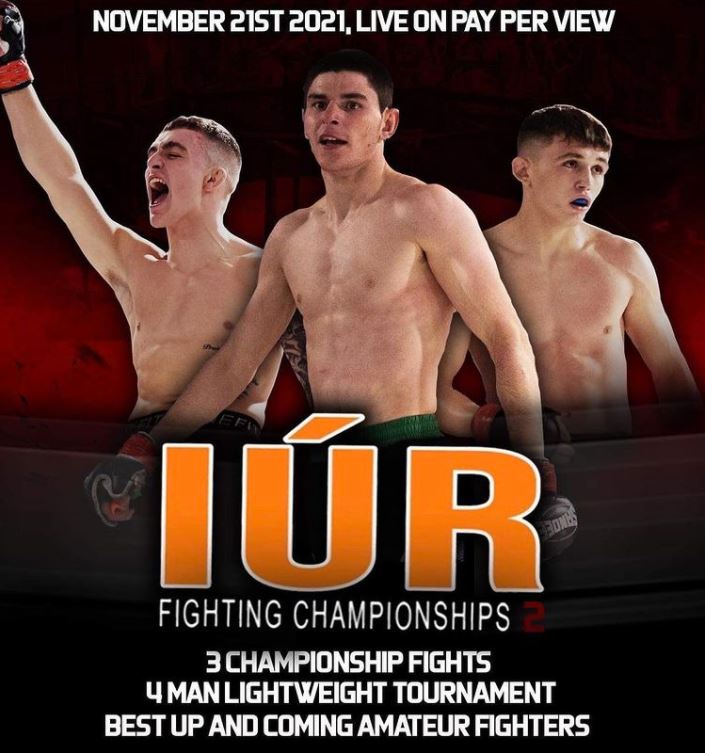 In recent years, there has been a decline in the number of promotions across the island of Ireland. Cage Warriors lightweight Decky McAleenan noticed an absence of events in his hometown of Newry, so he decided to create his own:

“I started Iúr to bring a steady flow of MMA fights back to Newry. To give the local lads a platform to fight on, and a platform for all Irish fighters to develop and grow without being expected to act as pros. There’s a few names on the card that could be massive in a few years, and I’m happy that Iúr will be part of their journey.” McAleenan told MyMMANews.

A trio of amateur title fights are up for grabs at the top of the card. Both Oisín Fox and Taylor Quinn will be looking to make it 4 wins on the bounce in the bantamweight main event.

The co-main event features amateur standout Max Lally will look to add a second amateur belt to his collection. The IMMAF Junior World Champion is already a Cage Legacy 165lbs champion, and he will be looking to notch his second win under the Iúr FC banner. Hoping to stop Lally in his tracks, Maga Zurabov is coming off a 5-round decision loss to Troy Gibson at Cage Legacy 13.

By Mike Pendleton 53 mins ago