A fight originally booked several years ago is finally coming to fruition, but this time around it will be the ‘City of Brotherly Love’ that hosts a pairing between hard-hitting middleweights Jesus Martinez (10-6) and Eric Roncoroni (5-6).

Originally booked to take place in Delaware last year at Stellar Fights 37, “Chavo” Martinez was forced to withdraw from the contest due to injury.

The Philadelphia native now returns to his hometown of Philadelphia to headline Art of War 12 at the 2300 Arena on May 11.

Martinez is coming off a first-round victory over Tony Parker at Art of War 4 in December 2017.

His opponent, “The Viking,” Roncoroni seeks to bounce back from a first round submission loss to Joseph Pyfer at AOW 11 just last month.

Martinez has made his rounds in most every top regional promotion in south eastern Pennsylvania and New Jersey to include Ring of Combat, CFFC, XFE, and Bellator.  His professional mixed martial arts career dates back to 2009 where he won his first five fights.

When asked for a comment about the fight Martinez was short and to the point simply saying, “I just want to fight.”

His opponent Roncoroni is the former Ring of Combat middleweight champion.

“The Viking” tells MyMMANews – “Moving forward and faster each and every fight, good or bad, I’m coming out swinging for blood.” 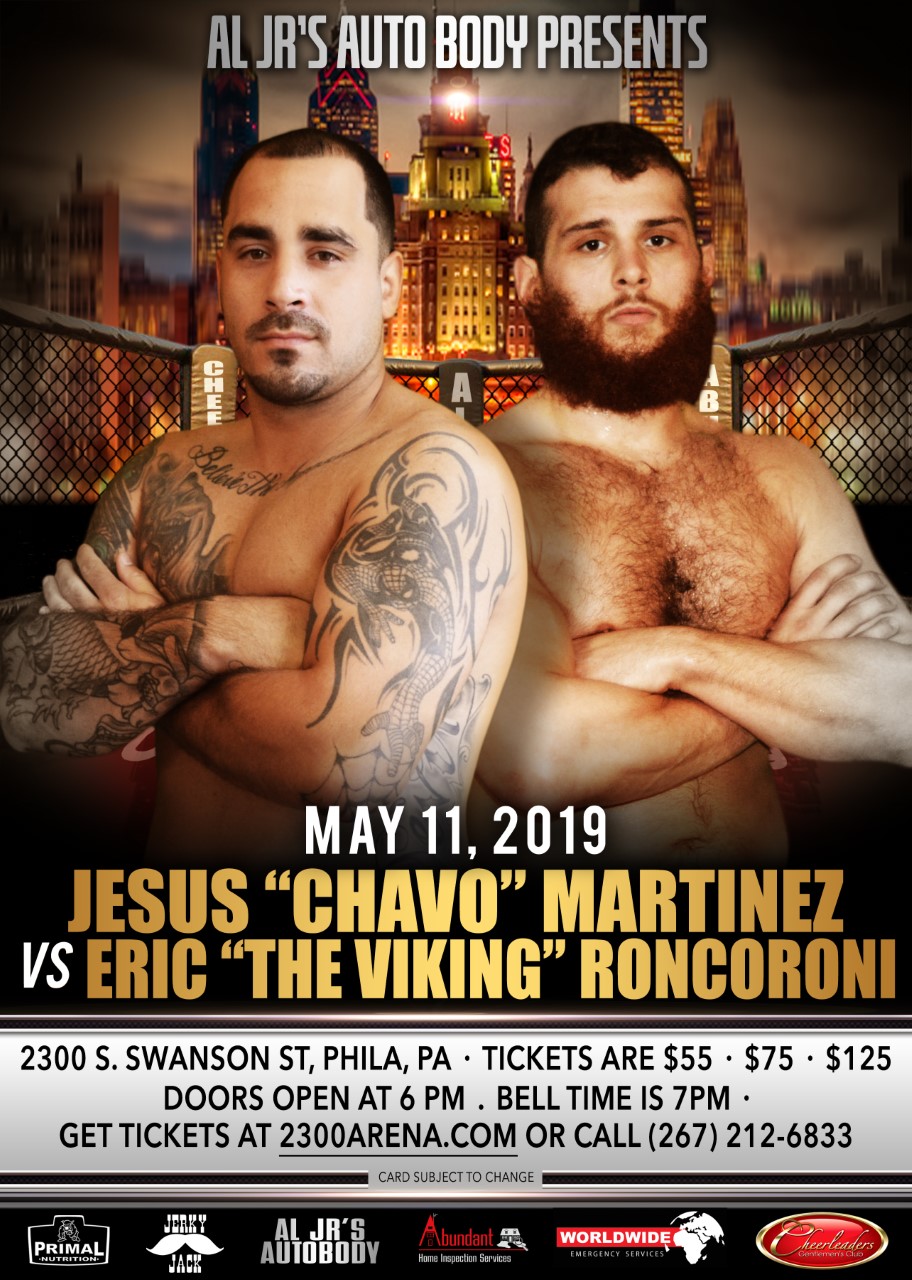