Karl Williams has his next fight set

In October, Stellar Fights put on their first ever all pro card in Maryland, at the Wicomico Center in Salisbury. The event featured some of the biggest names in mixed martial arts on the regional circuit. The card was stacked from top to bottom with fighters from all over the United states and displayed a range of fighters from different weight classes.

Most of the action came from the featherweight division as three of the fights from the card took place at 145lbs. A few of the fights were cancelled due to various reasons, eliminating some of the heavier weight classes from the bout sheet. Only one bout north of 170lbs made the final call sheet on fight night, a 205lb light heavy matchup between Karl Williams and Dashawn Boatwright.

As the only “big men” on the fight card, Williams and Boatwright had some shoes to fill. Williams came out calm and focused as always but made it a point to show off the boxing he’s been working on.

“I came out and the jab was landing” said Williams.

Williams also pointed out, “I hit him with the first two jabs and I saw him getting like a high guard” in reference to setting up the takedowns with striking against Boatwright.

Once the jabs started to land Williams saw the opportunities he was creating. “Once he backed up to the cage, I was like ok let me just go in for the shot.”

Williams said this was a different approach then what he’s used to doing in his fights. Coming from a strong wrestling background in the Virgin Islands, Williams is no stranger to grinding out victories as he went 5-1 as an amateur with all 5 wins coming from decisions. Williams is improving in that field as well, as he told u,s “if you look at any of my older fights, normally I let the person shoot in on me.”

After landing the takedown in the first round you could see the momentum shift completely in the favor of Williams. Williams stayed tight on his opponent and landed a few shots, and when Boatwright attempted to stand up he was still greeted with shots on his way up. Williams credits his head coaches for reminding him to “stop moving so much” and “settle” once he gets good positions. Former Bellator Lightweight Champion and current training partner Will Brooks also told Williams to “be comfortable just sitting some place”, which is exactly what Williams did once he got the takedowns. This became the pace of the fight as Williams set up another successful takedown and this one seemed to cause some sort of knee injury to Boatwright. Boatwright immediately winced in pain and the fight was called off by the referee at 2:50 in round 1 of their fight.

Boatwright is a seasoned pro fighter with 6 professional fights under his belt and has fought for the LFA and even Dana White’s Contender Series in the UFC. Even though Boatwright has double the professional experience than Williams has, it didn’t faze him.

“I wasn’t expecting much except for a hard fight,” and “a lot of head kicks.”

Karl Williams trains with some of the biggest names in MMA every day as he travels to American Top Team in Atlanta to train with the likes of Dhiego and Douglas Lima and Will Brooks. Training with multiple former Bellator champions each day has paid off in dividends as Williams is improving quickly and becoming more dangerous as time goes on. He is now 3-0 as a pro and 2 of his wins have come by KO/TKO in the first round.

Williams’ victory over Boatwright must have caught the eye of other regional promoters as he recently announced on his Instagram (@karl_g_williams) that he will meet Jason Butcher in a light heavyweight title fight on December 4th 2021.

Headlining the B2 Fighting Series 142 event in Lexington, Kentucky after just 3 professional fights is a huge honor for the ever humble Williams. You can see the full interview video and learn more about how Williams trains and manages family life. Williams looks to end his 2021 campaign with momentum and something nice and shiny for himself this December so stay up to date by following his Instagram where he connects with fight fans. 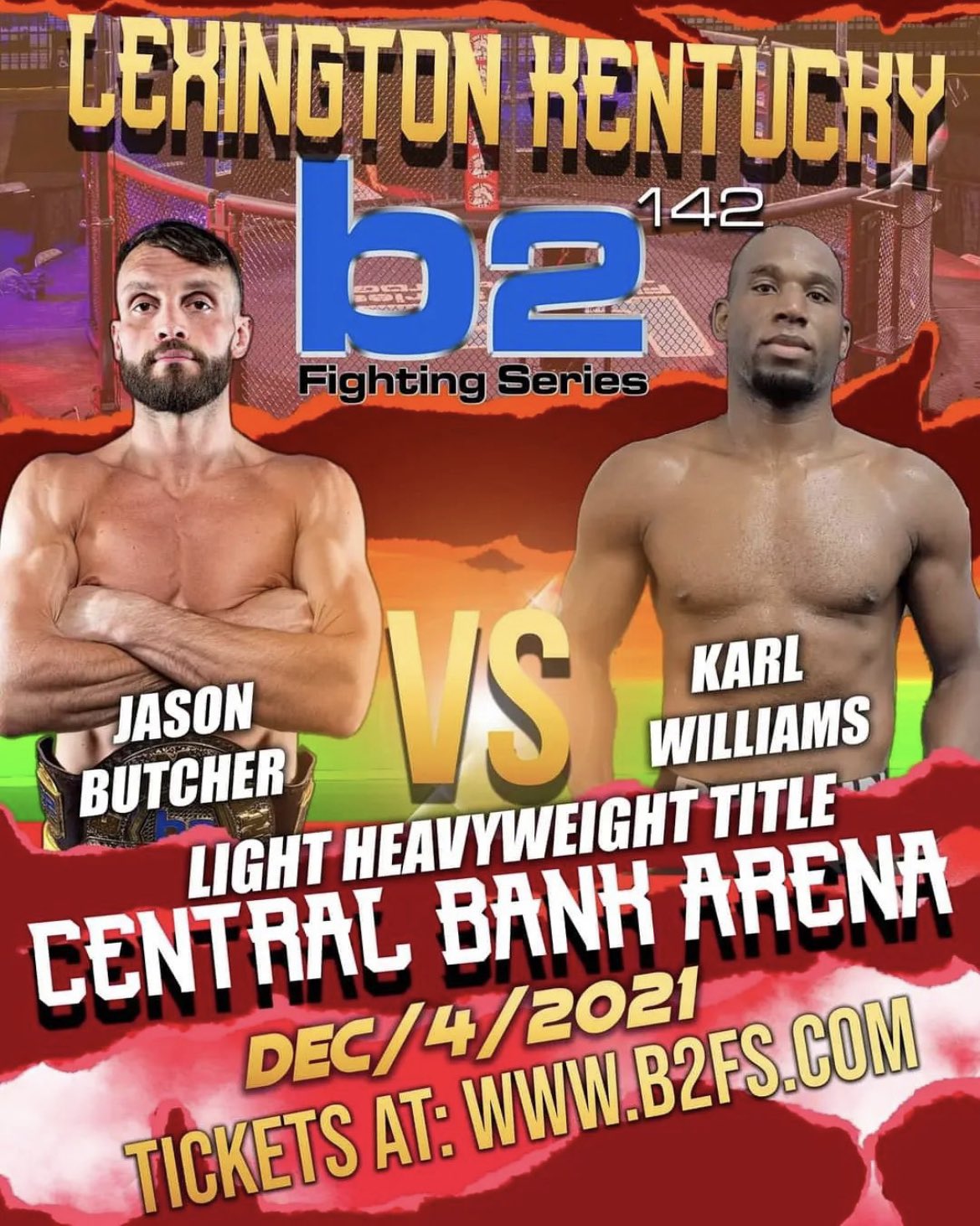 By Dylan Bowker 57 mins ago