We have an incredibly exciting main card match up coming this weekend at UFC 256, as newly ranked No. 15 middleweight in the world Kevin Holland faces former Strikeforce Middleweight Champion Ronaldo ‘Jacare’ Souza.

We were initially supposed to see Holland face Jack Hermansson last weekend after Darren Till withdrew from the bout, but he was forced out of the bout with a positive Covid-19 test and was replaced by Marvin Vettori. One week later, he’s ready to face one of the best to ever do it. 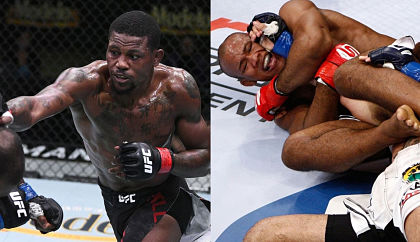 Souza may not be what he once was at this point in his career, but he still has all the skills he always had, he’s just a little older now. He hasn’t been a young man for some time, not even when he came to the UFC in fact, but father time hasn’t yet taken its course on him.

To some of our surprise, Souza isn’t even ranked at the moment. He’s been a ranked fighter ever since he came over from Strikeforce. This probably has something to do with him having not fought in a year, and the fact that his last fight took place at 205 lbs.

Souza’s last fight was actually a pretty impressive performance; all 34 of his professional fights had been contested at 185 lbs, and in his lone light-heavyweight outing, he lost a five-round split decision to now UFC Light-Heavyweight Champion Jan Blachowicz in a very close fight. It wasn’t the most entertaining fight, but it was a good performance of his nonetheless.

Prior to that, he’d lost a five-round unanimous decision to Jack Hermansson, a fight he was ranked at No. 4 going into. It was a surprise to us he lost that fight, merely no one was picking Hermansson to defeat him. 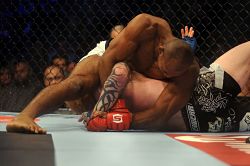 He ended up losing his belt to another future UFC champion in Luke Rockhold, before winning his last three bouts under the Strikeforce banner. This included knocking Derek Brunson out and submitting BJJ black belt Ed Herman before coming over to the UFC.

Souza came to the UFC with a record of 17-3 (1 NC), and quickly went 5-0 in the promotion within 23 months, defeating the likes of Chris Camozzi (arm-triangle choke), Yushin Okami (TKO), Francis Carmont (unanimous decision), avenging his defeat to Gegard Mousasi (guillotine choke), and submitting (armbar) Camozzi again because Yoel Romero pulled out of their bout. 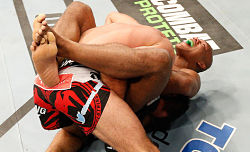 He was again scheduled to face Romero, a fight he lost via split decision. It could’ve went either way, it was a very close fight.

After his first eight UFC fights were done and over with, only three opponents lasted more than one round against him.

He was then TKO’d by future UFC Middleweight Champion Robert Whittaker. Honestly, that stoppage was a tad early, but the referee may have done Souza justice. He may not have been able to continue, who knows, it was just stopped a couple seconds sooner than it should’ve been. 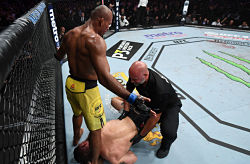 Souza followed this up by again knocking Derek Brunson out, before losing another incredibly close split decision, this time to The Ultimate Fighter 17 winner Kelvin Gastelum.

Souza then KO’d former UFC Middleweight Champion Chris Weidman in round three of their back-and-forth war, before losing his last two to Hermansson and Blachowicz.

Kevin Holland opened up his career with a record of 13-3 before joining the UFC. This included winning the XKO Welterweight & Middleweight Championships, defending the middleweight title once, before winning his Contender Series fight to gain entrance into the UFC. 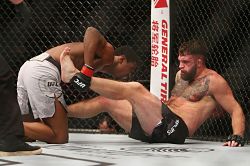 Though he lost his promotional debut to Thiago Santos via unanimous decision, he won his next three-straight over John Phillips (rear naked choke), Gerald Meerschaert (split decision), and Alessio Di Chirico (unanimous decision).

He turned Santos into a wrestler too, something literally no one else has ever done.

To our surprise, he was submitted (rear naked choke) by Brendan Allen in round two of his next fight. We’ve since learned how good Allen is. Holland has since won his last four-straight, having defeated Anthony Hernandez (TKO), Joaquin Buckley (TKO), Darren Stewart (split decision), and Charlie Ontiveros (TKO).

The one problem Holland has had thus far is that his opponents almost always pull out, and he ends up fighting replacements every other time he competes. Nonetheless, he looks great just about every time he fights, regardless of who it’s against. His striking is very sharp, and he has some pretty wicked grappling as well. 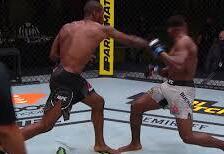 However, he has been submitted twice in his career, by Allen of course, and by Rafael Lovato Jr earlier in his career. Honestly, there’s no shame in being submitted by Lovato, he was the best Brazilian Jiu-Jitsu artist in the sport up until he was forced to end his career. That’s one of the saddest stories you’ll ever read.

At this point in their careers, Holland has gone 7-2 inside the octagon, and Souza has gone 9-5 inside the octagon. Souza had initially gone 7-1 in the UFC, but close decisions and fighting elite opponents all the time got in the way of that near perfect resume.

Holland, 28, stands 6’3” and has a whopping 81” reach, while Souza, 41, stands 6’1” with an average 72” reach. That may be a real problem for him, because Holland’s striking is great. He knows how to keep his opponents on the end of his strikes, and he knows how to stun his opponents with them as well. 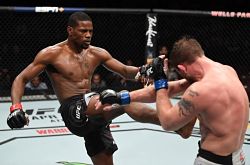 Holland just received his BJJ black belt under Travis Lutter not long ago, and Souza is a 6th-degree black belt and a multiple-time world champion gold and silver medalist in the art. This fight is very intriguing on the feet and on the mat.

Souza also attacks with every submission in the book. Holland does as well, but as elite as Souza is on the mat, his opponents are never safe down there, no matter who they are. 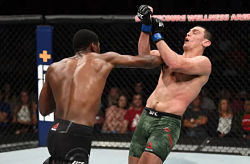 Look how good those guys listed above are on the ground, and they only use one or two attacks. It’s insane the arsenal Souza has on the mat. Charles Oliveira is another grappling expert that attacks with every submission in the book, and we have his fight to look forward to in the UFC 256 co-main event.

As good as Holland is on the ground, it’s a must he keeps this one on the feet. He can wrestle pretty well, especially for someone of his build, but he needs to be extremely careful in this fight. Souza’s striking is much better than people give him credit for as well, as is his wrestling.

He’s one of the grapplers that really learned how to become great at everything. He has great head kicks, incredible boxing, but he’s not so much a range fighter. He gets in close in order to uncork those bombs he has, and Holland’s the type of opponent that will not make that easy.

Kevin Holland finally gets his first big name in Jacare Souza, ten fights into his UFC tenure. This is going to be a good one!

Who do you see coming out on top in this middleweight match up at UFC 256?

By Drake Riggs 59 mins ago