Williams, a proud product of the Sooner State, makes her Hexagon debut in her native Oklahoma after starting her professional career with six fights under the Bellator MMA banner. Lucero makes her XFC debut after scoring a submission victory in her most recent bout in her native Colorado.

XFC President Myron Molotky on today’s fight news: “The XFC has a proud history of promoting some of the most exciting and competitive women’s MMA matches in the world, and this is a fight we’re really excited about. Both of these athletes are hungry to take advantage of this opportunity to introduce themselves to a global audience under the XFC’s YoungGuns banner.

“YoungGuns 1 takes place March 27 at FireLake Arena in Shawnee, OK as a part of the inaugural XFC Experience Week. YoungGuns 1 will be headlined by a middleweight battle between Oklahoma standouts Braden Smith (10-4) and Franklin Patterson (6-5), and Michigan’s Austin Bashi (1-0) returns to the Hexagon against California’s Mason Iacobellis (1-0) in the Co-Main Event.

More information on this exciting upcoming card to be announced shortly. 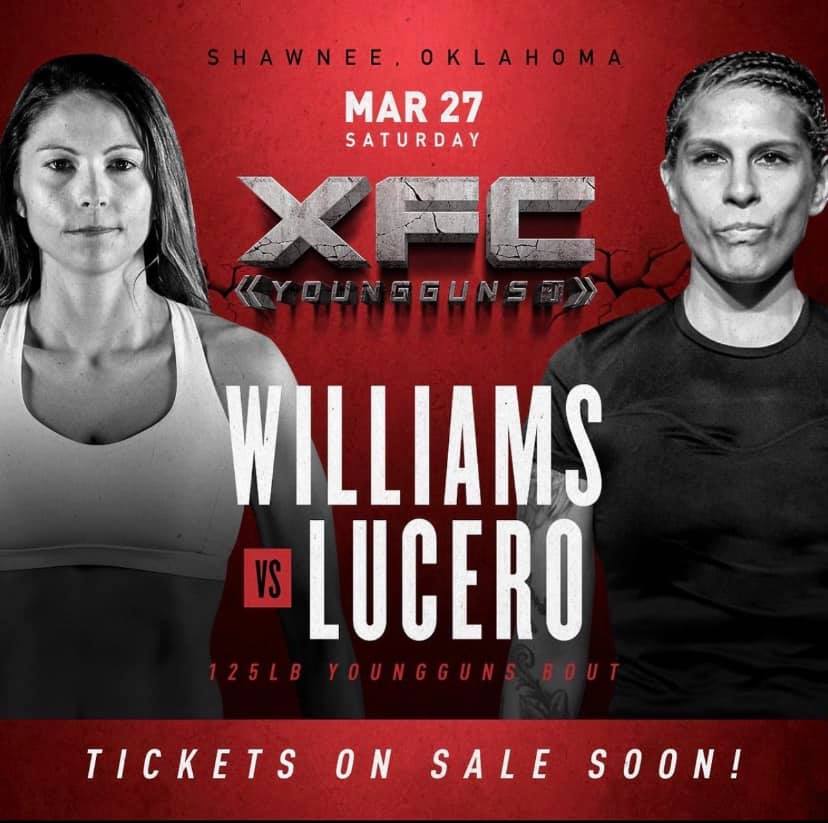 By Adam Crist 24 hours ago