Already with a blossoming fan base on a global scale, Lion Fight Promotions’ worldwide exposure is soaring to a whole new level thanks to a second major television deal. 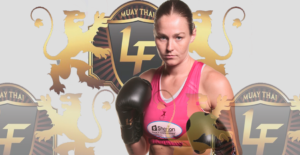 Lion Fight will continue to air in the United States on its premier broadcast partner AXS TV Fights.

“This is very exciting for Lion Fight as we have certainly cultivated a huge presence around the entire world,” said Scott Kent, CEO of Lion Fight Promotions.

“A few years ago, Muay Thai fighters were only interested in being part of events in Thailand. That has all changed now. As people like Michael Schiavello and Marc Castagnini have recently stated on our website (www.lionfight.com) the very best fighters from all over the world now want to be in the Lion Fight ring.

“Looking at our Lion Fight 31 card, it’s easy to see our international flavor as well as the depth of our talent. It is by far one of the strongest cards we have ever produced especially with Jorina Baars, Gaston Bolanos, and Iman Barlow all showcasing their skills in title fights on the same night. We are thrilled the team at Fight Network has put us on this fantastic pedestal.”

Of the four title fights on the Lion Fight 31 card, three are women’s championship bouts including the headliner that sees Jorina “Jojo” Baars defend her crown against Angela “Riptide” Whitley. Baars is best-known for claiming the inaugural Lion Fight welterweight title with a stunning victory over the highly renowned Cris “Cyborg” Justino.

Playing to Lion Fight’s international flair, six of the fighters involved in the title fights are from outside the United States:

“Since its inception in 2010, Lion Fight has consistently put on entertaining events featuring household names in combat sports, so it’s naturally a perfect fit for our viewers around the world.”

Fight Network is the home of the UFC in Canada and also airs several other prominent organizations while featuring several notable names in fight sports broadcasting including Robin Black, John Ramdeen, Gabe Morency, and John Pollack.