Video interview with Lenny Rufati above

Lenny “the Gorilla” Rufati put the time and hard work in to become a mixed martial arts cage fighter while he was living and training on the east coast out of Cherry Hill, NJ.  Rufati fought for Louis Neglia and Frankie Perez at Ring of Combat in Atlantic City, NJ for his first six professional bouts going 4-2.  Several years ago, life took the Gorilla out to Wisconsin, where he found work and continued to train and take fights that were much closer for him.

When Rufati visited ROC 76 in May to support his fellow Albanian Armando Gjetja, Neglia offered him an opportunity that he couldn’t refuse.  Lenny will be dropping down to lightweight and challenging the defending ROC champion, Cedric “the Gunman” Gunnison for his belt.

Lenny has always been a good friend to MyMMANews and we reached out to check his vibe as fight week is here.  He tells us…

“Weight is good. I am feeling reinvigorated.  I’m at a new gym now so I’ve got a new approach, a new passion for training.  I’ve been training every day like 3 or 4 hours straight and I’m not even feeling it.  I’m loving every second.”

Please check out Lenny’s interview on the link above.  He moved his camp to Pure Vida BJJ &MMA but still has a ton of fans and family in the NJ area, so he expects to have lots of support in the house.  Fellow Albanian, Armando Gjetja, is also on the card, so you can count on a lot of fun and vocal support from their countrymen who always make their presence felt.

Ring of Combat is brought to you by Louis Neglia and Dead Serious Promotions.  They have just signed a new broadcasting deal and on September 9th at 8:30 pm ET we will be live on Airy.Tv via Maybacks Global Enterprises.  If you can’t make it to Atlantic City, download the app and watch for FREE. I will be cage-side with live commentary along with Jay Regalbuto, who is one of the brightest jiu-jitsu minds in the game right now.  We will also have a live results link right here at the leader in regional combat sports coverage. 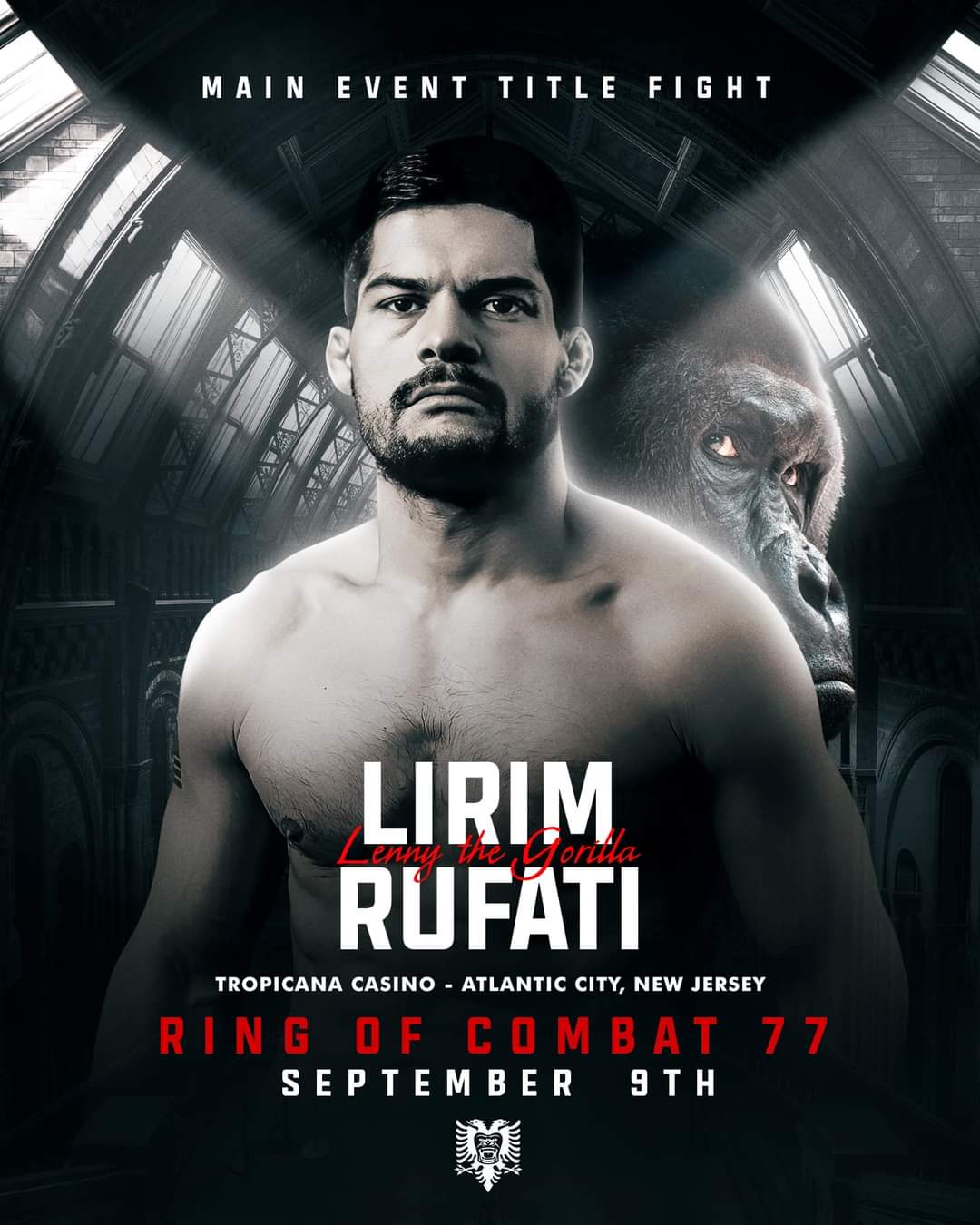 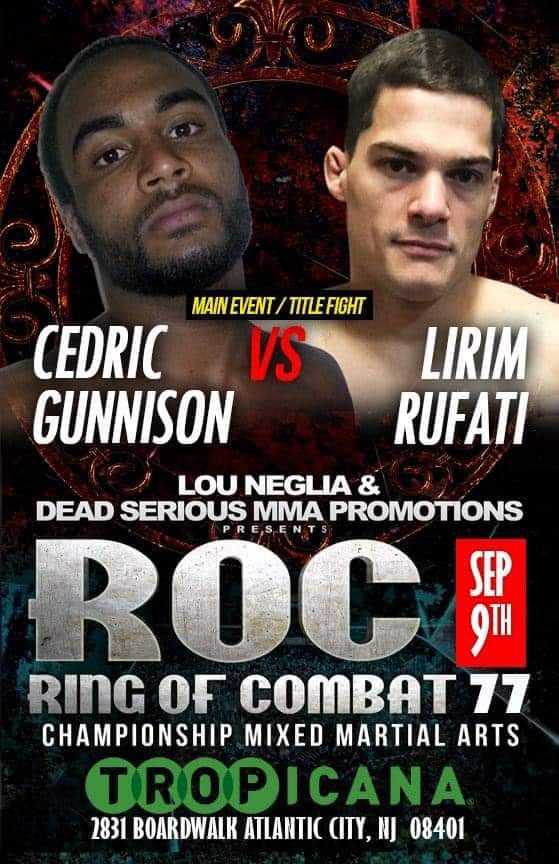