M-1 Challenge 73 will be streamed live from Ingushetia in high definition on www.M1Global.TV. Viewers will be able to watch the preliminary fights and main card by logging on to register at www.M1Global.TV. Fans may watch all the action on their computers, as well as on Android and Apple smart phones and tablets.

Buchinger (31-4-0, M-1: 6-0-0), fighting out of Slovakia, is riding a 10-fight win streak into M-1 Challenge 73 since he lost to Conor McGregor in 2012. He captured the vacant M-1 Challenge title October 17, 2014 at M-1 Challenge 52, stopping Tural Ragimov (see picture below) in the fourth round on punches in their Fight of the Night. Buchinger made a successful title defense 13 months ago at M-1 Challenge 62, taking a 5-round unanimous decision over Mansour Korobkov. In his last fight, this past June against Mikhail Korobkov at M-1 Challenge 67, Buchinger needed only 4:41 of the opening round to choke his opponent into a submission in their non-title fight.

Idrisov is a strong striker and Russian Whu-Shu Sanda champion. He knockout current M-1 Challenge lightweight champion Alexander Butenko in his professional MMA debut, back in 2013 in a non-M-1 Global fight. His three M-1 Global victories have been against Yuri Maia (KO1 – punches) in the M-1 Challenge 49 Knockout of the Night, Max Coga (DEC3) and Sergej Grecicho (DEC3) in his last fight September 20, 2015 at M-1 Challenge 51 (see picture below). 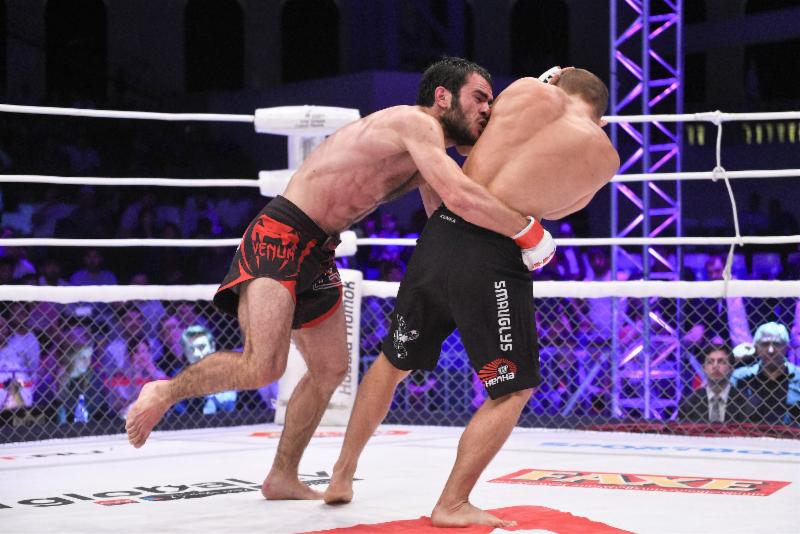 Additional M-1 Challenge 73 fights will soon be announced. All fights subject to change.

By Connor Northrup 15 mins ago

By Brady Briggs 57 mins ago